Latest news
Home > Blog - In All Things > Bill Toner SJ > What does it mean to be ‘saved’?

What does it mean to be ‘saved’?

When I was studying theology in Milltown Park I visited home one Sunday. I told my father that I had to leave a bit early to finish an essay. He asked me what the essay was about and I said, “Well, the title is, ‘The notion of satisfaction in the soteriology of St Thomas Aquinas’”. My father replied, “What the hell use would that be to you working as a priest in Gardiner Street?” I can’t remember my answer, but the question stuck in my head.

In fact the subject of the essay was not that far removed from the Gardiner Street pews. In case some of you have forgotten your theological terms, soteriology is the area of theology that deals with Salvation. And the question I was exploring was, did Aquinas believe that the death of Christ on the Cross was required or demanded by God as ‘satisfaction’ for the sins and crimes of humanity?

If it was, this painted a certain picture of God that troubled me. We can see the very human, or inhuman, demand for ‘satisfaction’ at work in the Dublin underworld, where colleagues and relatives of gangsters are ‘taken out’ in order to satisfy the need for revenge felt by leaders of rival gangs. But in ordinary civic life in Western Europe the notion of satisfaction has little currency. For instance the death penalty has disappeared. The notion of an eye for an eye and a tooth for a tooth is no longer considered just (almost 2000 years after Jesus first said it was a bad idea). So, even in the 60s and 70s I was concerned that I might have to preach, in Gardiner Street or elsewhere, a theology of salvation that depended on principles of justice that were rapidly becoming outdated in civic society.

Even though our understanding of salvation has become more nuanced in Catholic theology, the question of salvation (the ‘what’ and the ‘how’ of it) is still central to our mission. And that is why I suggest that at this juncture, when we have all but lost two generations to agnosticism and secularism, the most important way that catholic intellectuals can support the mission of the Irish Church, even in the context of diminishing numbers, is through the study of theology, and particularly the question of salvation.

In terms of the Society of Jesus of which I am a member, it was especially through the study and articulation of sound theology that the Order made its most important contribution to the revitalisation of the Catholic Church in Europe. This is not to ignore the contribution of the Spiritual Exercises of our founder St Ignatius, but the Exercises made, and still make, their maximum impact in the context of a solid faith illuminated by reason and good theology.

Coming back to the theology of salvation: in the sixteenth century most people would have had little problem with the notion of satisfaction. They seemed to have little problem with the concept of hell, and this continued right into the 20th century. In fact in pastoral terms, hell was a sell-out, giving rise to crowded missions and long queues at confessionals. In the interim, there has been a complete sea-change in our understanding, or lack of it, of salvation. Salvation from what?

In considering the rapid decline in religious belief in Europe in the late 20th century, it is interesting to speculate which disappeared first, God or hell. I think myself it was the incomprehensibility of eternal damnation for some action like masturbation or using a condom, which led to the side-lining of God. It was only later that people like Dawkins opened a second front by questioning his very existence – though of course they were not the first thinkers in history to do so. One way or another our mission is challenged, to say the least, when so many people accept neither the concept of God, nor that of ultimate reward for a just life, nor retribution beyond the grave for wrongdoing.

When I read Evangelii Gaudium I found it troubling that it does not address the questions I have raised above. Its central mission statement is uncontroversial: “Jesus Christ loves you; he gave his life to save you; and now he is living at your side every day to enlighten, strengthen and free you”. But I doubt if this will catch fire with young people, who are programmed to look for advantages and disadvantages in everything on offer.

Sanctions for bad behaviour, such as purgatory or hell, are not mentioned in Evangelii Gaudium, and heaven by no means takes a central place. Pope Francis writes: “It is not possible to claim that religion exists only to prepare souls for heaven. God wants his children to be happy in this world too”.

In the Bible, particularly in the Old Testament, salvation is not exclusively tied to the afterlife, but is sometimes synonymous with peace, happiness, justice, and the forgiveness of sin. Jesus frequently talks about joy and the absence of anxiety as something to strive after in this life. The challenge for us today is to preach a salvation that is not one thing or the other, neither a salvation only for this life, nor one to be experienced only in the next life. We need to preach a salvation that integrates the two in a persuasive and meaningful way.

Even as I write this, people are walking away from the churches. We face a huge challenge, which is to persuade millions of people that following Jesus Christ can make such a real difference to their lives that it is indispensable. I cannot think of any other activity except theology that can make a significant contribution here. The one addition I would make to this is philosophy, especially philosophy that explores the post-modern context within which the Christian theory of salvation no longer seems to make sense to many people.

It is hard to accept that this current crisis is simply part of God’s providence. And as St Paul has said, ‘Brothers, the time is short’. He considered that he did not have the luxury of preaching anything except Jesus Christ and him crucified. Unless the theological community can rebuild a coherent theology of salvation – a soteriology – that will draw people again to Christ, the fight is lost. 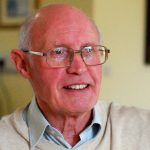