What happens after we die? 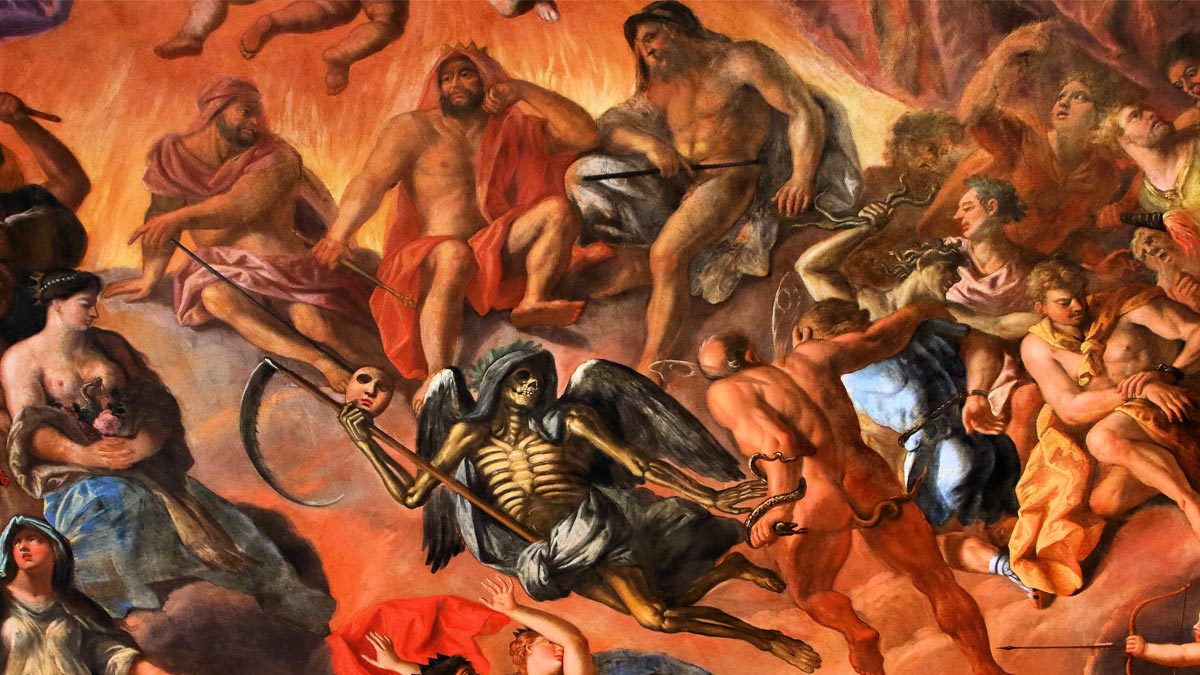 BILL TONER SJ :: Recently on this blog I penned some thoughts about salvation, and the need for us to have a theology of salvation if we are to preach the Gospel in a credible way. If we preach to people that they can be saved through faith in Jesus Christ, we have to clarify what they are being saved from. After Vatican II hell was downplayed. The dominant message was that God wants all people to be saved. But saved from what, or for what?

Curiously enough hell was not the only casualty of the new post-Vatican II thinking. Up until the 1960s it was hell that concentrated people’s minds on the afterlife, and with hell side-lined, people thought less about the alternative, heaven. A generation of Catholics has arisen for whom the afterlife is not a major preoccupation. In a recent survey, when Catholics in Ireland were asked if they believed in the afterlife, 43% said Yes, definitely, but 39% said Yes, probably. Many of the latter probably say the Creed in Church every Sunday including “I believe in the resurrection of the body and life everlasting…” Of course this kind of ambivalence is not new. Back in the 16th century, When the great French writer Rabelais lay dying, he said, “Je m’en vais chercher un grand peut-être” (I am going to seek a great Perhaps).

As someone who has passed the allotted three score years and ten, I can attest that as we approach our own demise the idea of life after death can become somewhat unreal. I suppose that is not surprising, as many things in life are like that. When something is far away in time we don’t focus on the details. If you booked a holiday in Australia that included bungee jumping you would think differently about it six months beforehand, when it is just at the back of your mind, compared with when you are actually on the holiday standing on the a parapet with the bungee cord tied around your waist.

Some of us are near the latter stage, ready for the jump. When we die will we really wake up and find ourselves in a different place? Will there really be pearly gates or some kind of reception committee? What will we do all the time if we get to heaven? For some reason that we don’t understand, God never provided us with any clear physical evidence of an afterlife, apart from the special case of the resurrection of Jesus. And there seems to be no communication between the living and the dead. As Jesus himself said in the Gospels, “between us and you a great chasm has been fixed, in order that those who would pass from here to you may not be able, and none may cross from there to us”.

One reason why we don’t give more attention to the afterlife is that nowadays we don’t think much about the human soul. We now understand more and more about how the human body works. Most of us also presume that we are creatures that have evolved in a material way. We can easily forget that there is an unexplained aspect of the human being, which we call the human soul or spirit. Recently, when clearing out a house that we Jesuits were closing, I came across a book called The Conscious Mind, by David Chalmers, and the first few sentences caught my attention: “Consciousness is the biggest mystery. It may be the largest outstanding obstacle in our quest for a scientific understanding of the universe. Conscious experience is at once the most familiar thing in the world and the most mysterious”. In fact in the history of human thought, it is the awareness of our own consciousness that has given rise to the concept of the soul, the realization that some part or aspect of our being is mysterious and apparently beyond the reach of science. To appreciate what Chalmers is talking about we have only to think about something like colour.

I look at grass and I say, Oh that is very green. But there is no known way that science can access my experience of green. In fact what I experience as green may not be what you experience as green. Science can tell us quite a lot about the physical qualities in the world that might give rise to a certain experience, for instance by measuring wavebands of light, and it may even be able to identify different kinds of brain activities according to different colours I am looking at. But it cannot access the experience itself.

Chalmers gives a long catalogue of other conscious experiences all of which are inaccessible to science: hearing, touch, taste, smell, experience of hot and cold, pain and other bodily sensations, mental imagery, conscious thought, emotions, and the sense of self. Chalmers makes the strong statement that “no explanation given wholly in physical terms can ever account for the emergence of conscious experience”.

The fact that we have qualities that are non-material, that cannot be explained in physical terms, does not necessarily imply that there is part of us that is immortal. Still, in a world where scientific speculation has tended to push out the supernatural, the concepts of soul and consciousness do leave room for a spirit world, a world where God is active, and in particular a world not subject to the corruption and death that is a feature of the physical world.

If we are one of those people who find it hard to fit the idea of the afterlife into our conception of the world, perhaps we could just take a closer look at the amazing mysterious beings that we are ourselves, and especially that part of us, our very consciousness, that still admits of no rational explanation. What happens to this incorruptible part of us after we die? Unless this becomes a live question for us, and particularly for our theologians, it is difficult for us to talk meaningfully about salvation. The afterlife is reduced to the great Perhaps…