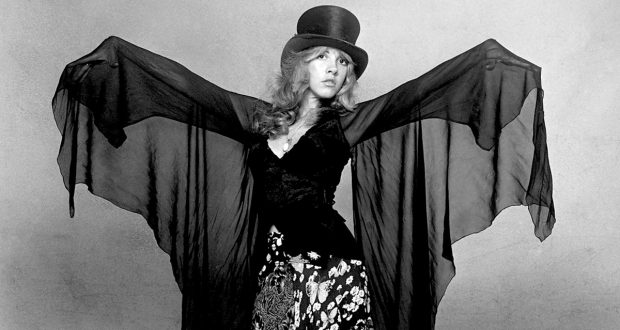 If I were Stevie Nicks’s Spiritual Guide

I’m a huge fan of Fleetwood Mac and was delighted to get the gift of her biography, Gold Dust Woman, by Stephen Davis. The title is the name of a song that Stevie wrote as a warning against drugs and addiction, a recurrent theme in the book.

Stevie Nicks, along with her then-boyfriend, Lindsey Buckingham, joined Fleetwood Mac in the 1970s. Their combination of west coast glamour, great song-writing, musicianship and singing, helped transform the band from a straight-up British blues band to a mainstream AOR band.

The drama of excess, success and romantic entanglement has been well documented over the years, yet somehow, amidst the chaos, Stevie has managed to develop her successful solo career and huge personal fan base over the years, whilst also remaining part of Fleetwood Mac.

Though not an official biography, Davis’ book is based on interviews, transcripts, and her own writings. It is a fascinating account of the wild rock and roll lifestyle (read  ‘great talent, excess and self-destruction’). But what fascinated me as a Spiritual Guide and music fan was the portrayal of a certain spirituality or approach to the divine/transcendent that comes through.

Though this is filtered through the writer, the various information sources, and other possible distortions, there is enough reliable content, not least in Stevie’s own lyrics and interviews, for us to assume it to be a significant feature of her life. As a spiritual guide or director, my job is to help people get closer to God, review their life, and make better decisions, here is my take on her extraordinary story.

Firstly, it is obvious that Stevie Nicks latches on to the mystical dimension and actively uses this to differentiate herself, in her lyrical style and musical themes. Songs such as Rhiannon, Dreams, Landslide, Sorcerer and Crystal reflect these often esoteric themes.

Mysticism is sometimes defined as having direct access to transcendent truths or insights, often through contemplation or intuition. There is no doubt that this can be a gift in one’s life and evidently, Stevie was both intuitive and given to self-reflection with a huge emphasis on her emotional life. Her personal journal was her confidant and the source of many songs.

Many of her lyrics explore existential themes, “Can I sail through the changing ocean tides, can I handle the seasons of my life?” With the accompaniment of a good Spiritual Director, this level of self-reflection and sense of the mystical can be a great gift. However, if this gift isn’t channelled in the appropriate way towards a solid spiritual foundation, it can produce an esoteric and subjective knowledge, rather than the transcendent truths sought.

There is a subtle difference between seeing it as a gift in humility (e.g. being an instrument of the divine) or seeing it as a right or power to be used (e.g. chanelling the divine for other purposes). Ignatian spirituality point: this concerns the purification of desires and motivations; the problem is that what starts as a good desire (developing mysticism) can sometimes be hijacked into a bad end (developing one’s own mystique and marketability).

Secondly, the book directly references ‘special knowledge’ and ‘special people’ multiple times, the inference being that people like Stevie have an insider relationship, a special connection. This facility allows her to access these divine revelations (or “crystal visions” as Stevie might call them,) or make mystical connections.

The problem is the exclusive nature of these revelations or relationships with the divine, that by their nature are not accessible to reason or scrutiny, and can often seem to verge on extremism, eccentricity, or even madness. There is a close relationship between insanity and mysticism!

This approach can be seen to be reflected in many of the characteristics of Gnosticism, an ancient heresy. In early Christianity, Gnostics claimed to have superior spiritual knowledge that allowed for an escape from the world through the subjective acquisition of esoteric knowledge; special favours for special people. Ignatian spirituality point: care has to be taken with mystical experiences that they don’t become an end in themselves but genuinely reflect something of God’s compassion that transforms the person i.e. what are the effects or fruits of this mysticism.

The negative consequences of this inward-looking approach are revealed early in the book, as Stevie, along with the members of the band and their friends, descend into extensive drug-taking and self-destructive behaviour. Her addiction to cocaine severely damaged the septum in her nose, almost destroying her voice and her very self as well.

As she descended into addiction, her friends made a strong intervention pleading with her to go to rehab, and reportedly this was a very significant factor in her turning her life around. In fact, one of the heartening aspects of the book is that despite the excesses, personal and public chaos, and the havoc wreaked on her body, she manages to pull through somehow, developing a sense of helping others, (especially hospitalised army veterans,) and recovering her faltering career. Ignatian spirituality point: again, it is about what you do, how decisions are made, what priorities are in play, and the consequences of these as actions speak louder than words.

Making good decisions appears not to be one of her strong points, as is highlighted by a short-lived marriage to the husband of her friend who died from cancer. Lost in their grief, Stevie and the widower marry in haste. Although the reasons for the marriage are largely altruistic on Stevie’s part, the episode illustrates that discernment and a careful examination of motivations might have helped; an outside guide or companion would help explore how spirituality is lived out in practice. In this case, the poorly thought out decision proved disastrous and the marriage was quickly annulled.

There were extravagant house purchases on a whim, many other relationships that didn’t go anywhere, and always, the undercurrent of the complicated and complex relationship with Lindsey which was a heady mix of creativity, co-dependency and dysfunctionality.

Throughout it all she manages to keep her solo career on track, collaborating with the likes of Sheryl Crow, Tom Petty and Don Henley among others. She goes back on the road with Fleetwood Mac for a series of lucrative reunion tours and I was lucky enough to be at one of these concerts. Ignatian spirituality point: making good decisions is the ultimate test of a spirituality, how a person engages with the world reflects how they see themselves, others and God ultimately.

The ‘super-spiritualised’ approach taken by Stevie is fairly widespread in today’s world. Despite growing secularisation and an often justified rejection of formal religion, many have chosen a privatised and highly subjective ‘mystical’ approach, that appears to offer solutions.

In reality, this approach has weaknesses when exposed to examination and scrutiny because it overlooks the wisdom of a solid spirituality rooted in a compassionate and deeply invested ‘in the world’ God. Despite the negative hype about religion, there is accumulated wisdom with hard-won insights which help in identifying dead-ends and offer instead a genuinely humanist approach i.e. genuinely good for all of humanity.

In her song ‘Landslide’, Stevie sings, “Well I’ve been afraid of changes ‘cause I built my life around you.” Whether the “you” is a person, career, a certain mysticism or whatever, the song seems to offer an admission of building a life around the wrong thing. A spiritual guide might have helped Stevie explore unhelpful attachments or addictions, helping her to build a more solid foundation, and maybe even signposted other professional help earlier. Ignatian spirituality point: the goal of spirituality is to become a better person and help build a better world; i.e. how it is ‘incarnated’ or made real.

Having a talent or gift, when fed by the adoration and adulation of countless fans, can easily convince one of one’s own greatness and godlike status. Anyone would be susceptible to this temptation, but the illusion cannot be sustained, the ‘feet of clay’ or basic humanity, eventually reveals itself in some generally unpleasant way. In Stevie’s case it was addiction but also this humbling experience of humanity also presented the possibility of redemption, that is, getting her life back on track. Seeing the talent as a gift from God and having the humility to use it wisely is a tremendous challenge for anyone. Ignatian spirituality point: God is always at work in every situation and always offering compassion and chances to change.

The tendency to ‘super spiritualise’ is to make everything attributable to an arbitrary or malleable divinity. The danger is making God into our own images and desires (if it feels right do it) or seeing everything, even disasters and great sufferings, as divinely ordained and abdicating personal responsibility.

One of the risks for artists and supremely creative people like Stevie, ironically, is glorifying suffering in order to keep the creative edge or muse. It can be part of an ultimately negative spirituality that mirrors a capricious and volatile god. While suffering is part of every life, one certainly does not ask for it nor glorify it, even if it does fuel the artistic muse and creativity. Ignatian spirituality point: we need a robust and accountable spirituality to avoid the subjective tendencies inherent in human nature.

The tendency to make everything subjective and about feelings is problematic, leading to a “just me and God,” or worse, a “just me against the world,” mentality. While emotions and affectivity do play a huge role in spirituality, there has to be some way of making them objective, subject to reason or rational examination. This is where a Spiritual Guide or Director can help. There is a difference between being aware of the gift of feelings and how they can help point the way, and being at the mercy of them or even acting on impulse. Ignatian spirituality point: a balanced understanding of human psychology and subjectivity is needed to harness the gifts of positive affectivity.

Stevie was saved by the interventions and compassion of her friends acting in a strong way out of concern. Spirituality always has to have a communitarian or communal dimension that involves other people, real relationships, and interactions. Letting someone continue to implode or self-destruct is not genuinely human or loving, and our humanity dictates that we intervene, even though it can be unpleasant and generate conflict. Ignatian spirituality point: a spirituality that removes people from the real, or glorifies death or self-destruction is not genuine.

Real spirituality has to make a difference in the world, otherwise it ends up being excessively focused on the self, egotistical desires, and endless, selfish demands. Obviously Stevie has touched many lives and has a real gift and the power to touch people profoundly, myself included. Certainly, many of her songs when filtered through the lens of faith that can be prayed with. For example, the song ‘Dreams’ readily captures the nature of human desire, the bitterness of regret, and the need for renewal and being ‘washed clean’. However, making good decisions has to be a priority; being able to rise above circumstances and old habits to inhabit new and balanced ways of being.

Also, spirituality needs to be brought down to earth, incarnate, manifest in flesh and blood people and relationships, otherwise, it becomes esoteric and unhelpful. Ignatian spirituality point: there has to be an everyday quality to mysticism, a finding God in all the bit and pieces of life as Jesuit theologian Karl Rahner would have it. Mysticism, rather than being an escape or exclusive reserve, embraces life’s complexity and beauty. 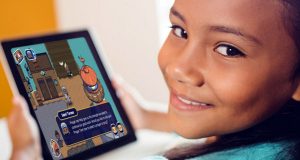 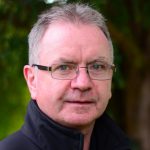 Fermanagh-born Brendan McManus SJ works in the area of spirituality and spiritual accompaniment. He is the author of Redemption Road: Grieving on the Camino, a highly-praised personal reflection on healing and recovery. It deals with Brendan’s experience on the Camino pilgrimage as part of his effort to come to terms with his brother’s suicide.