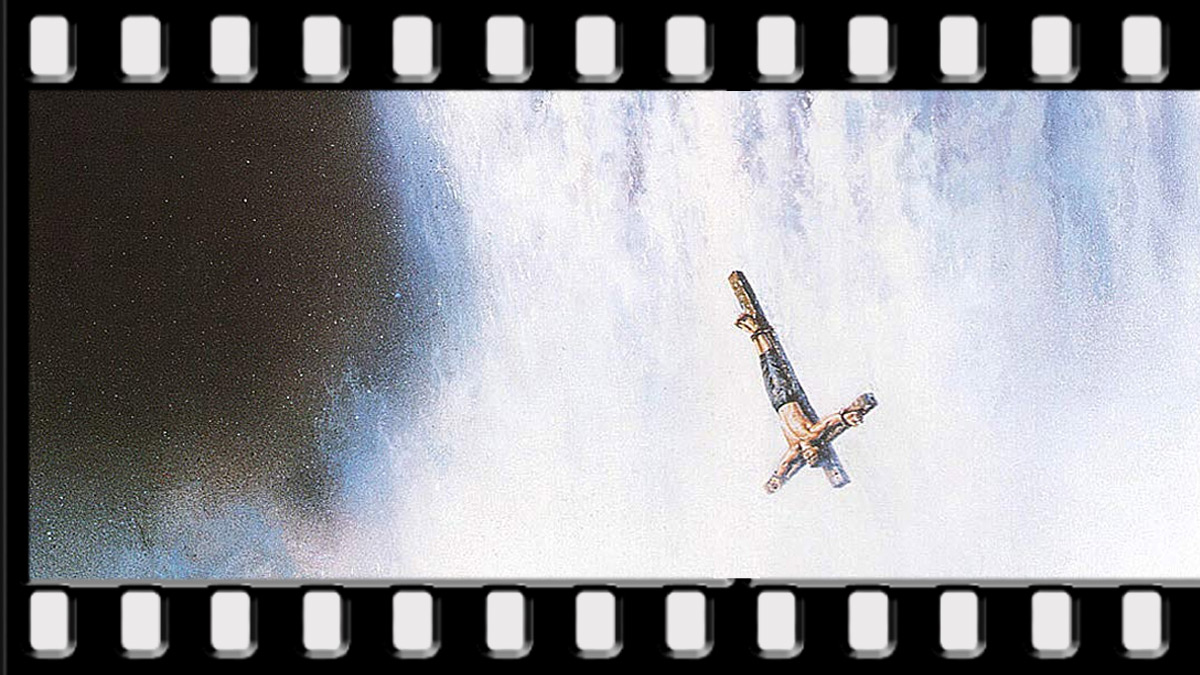 BRENDAN McMANUS SJ :: One of the big contemporary debates is whether film (cinema/DVD etc.) is mere distraction or entertainment, or is it a deeper reflection of culture and the human search for meaning? There is no doubting its popularity, however, though the traditional ‘going to the cinema’ has been eroded by streaming websites and internet downloads. There is something particularly engaging about ‘celluloid’ human experience though, whether it is drama, romance or horror, that moves us beyond ourselves (i.e. transcendence). We can be moved to tears, stirred to action or frightened out of our wits.

Two Canadian Jesuits, John Pungente and Monty Williams, have written an intriguing book on film, Finding God in the Dark, in which they relate film to Ignatian spirituality, the particularly Jesuit way of finding God in all things. It is based on the experience of St. Ignatius Loyola, who found God working within his everyday experience, especially in his moods and his imagination. The book shows how particular films capture the spiritual nature of human experience- how God works within people and invites them beyond themselves- and how through film, our imaginations are engaged to reflect and contemplate our own lives.

Film and television are powerful influences on our imagination, good films in particular are narrative portrayals of how people have made life choices and the resultant consequences. They allow us to explore from our homes or cinemas different lives and see how they sit with us. From an Ignatian point of view, powerful emotions and ‘movements of the spirit’ are evoked in us personally and can be a pathway to uncover God’s presence in our live and in the world. Many movies, if they are not totally superficial, reveal this drama of the human condition: the paradox of being immensely gifted or talented, and yet downplaying or squandering this gift. There is always a second chance however, and eleventh-hour deliverance and redemption is a very common theme. As in all authentic and believable films, human transformation always contains the essential elements of free will, choice and commitment, and also that of the Cross, the element of suffering that mirrors that of Christ’s self-sacrifice.

Often what engages us is the realism involving in portraying people’s lives as tragic and destructive, yet capable of great self-transcendence given the chance. It reminds us that God works with us, within the human condition, gently leading us towards a more compassionate and human response which overcomes darkness and despondency. The cost involved is dramatically portrayed, for good or evil, and though our imaginations we are asked to participate and to make commitments to our own life choices.

Finally, this is not meant to be an exhaustive or comprehensive list. Rather it is a very personal take on various Ignatian themes in various films.

What can be helpful in viewing a film therefore, is to reflect on the portrayal of the following elements: