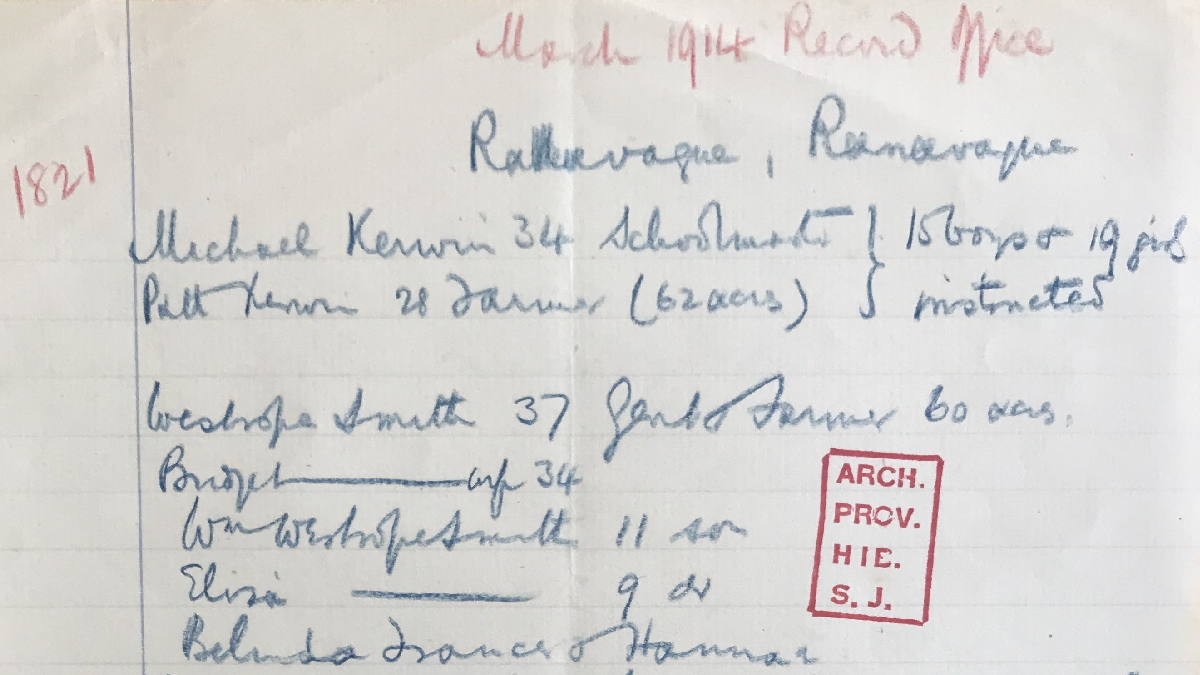 “One of the great drawbacks to the pursuit of historical research is the difficulty of ascertaining the contents of the various repositories of documents.” (September 1919)

So said Dr Herbert Wood, the Deputy Keeper of the Public Records Office, Dublin, in reviewing two books for the Irish Jesuit journal, Studies, in 1919. In the context of the destruction of the Four Courts (Public Record Office of Ireland) three years later, there is a sense of foreboding about the ‘sound advice’ to both historians and archivists contained in ‘Review of Documents in the Public Record Office Dublin’ by Charles Johnson, and ‘The Care of Documents’ by Robert H. Murray.

Writing in Studies after the destruction of the Public Record Office in September 1922, Wood outlines the loss to Irish archives:

“A malignant destiny seems to have followed the preservation of the Irish Public Records for centuries. Fire and flame, carelessness and pilfering have been the contributory causes of the loss and destruction of the national archives in every land, and Irishmen have had too frequent occasions to regret the devastation which these forces have accomplished among their own national archives”.

From a Jesuit archives perspective, Irish Jesuits such as Timothy Corcoran, Aubrey Gwynn, Denis Murphy, James Rabbitte and John Ryan all researched in the Public Record Office prior to 1922. Luckily, Timothy Corcoran dated his research (1914-17), and left genealogical notes from the 1821 (pictured) and the 1841 censuses, on the townlands of Rathnaveoge, Honeymount and Gurteen, County Tipperary.

So how do we ensure that a digital dark age, the equivalent to Wood’s assertion that the destruction of the Four Courts “will ever be a source of sorrow to the Irish historian”, doesn’t replicate itself today? One way is a collaborative research project entitled ‘Beyond 2022’, whose aim is to create a virtual reconstruction (Virtual Record Treasury) of the Public Record Office of Ireland, which was destroyed in the opening engagement of the Civil War on June 30, 1922.

As for the Irish Jesuit Archives, we were delighted to be involved in the ‘Digital Preservation for the Arts, Social Sciences and Humanities’ conference, which was on the topic of ‘Digital Preservation of Religious Collections: Conversations and Collaborations’, at the Royal Irish Academy, Dublin and online, June 27, 29 and 30 2022.

Photograph: Genealogical notes by Fr Timothy Corcoran SJ from the Public Record Office, Dublin (March 1914) on the numbers of peoples in townlands related to him – Rathnaveoge, Honeymount, Gurteen in 1821 census.

History of the Church of Ireland