Change we can believe in, No. 1 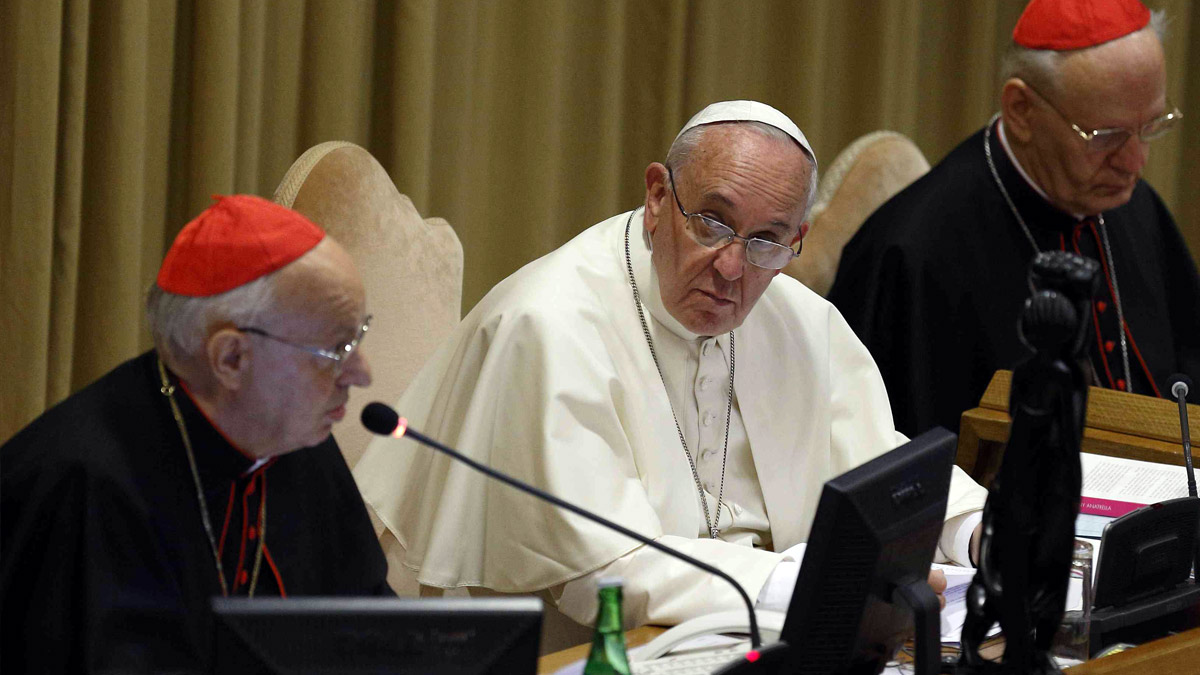 One of the features of the current pontificate is that it has given rise to unending chatter about the Church and change. Sometimes the talk is merely about changes in the Pope’s personal style – forms of dress or protocol or living arrangements, for example. Other times it has to do with the whys and the whens of organisational change – change in the way the Curia is structured, in the way that business is conducted, in the way that the Vatican bank is managed, and so on. But all the time there remains a constant buzz about more momentous changes – changes perhaps to the universal disciplines of the Church, or even (and here’s where Catholic neck hairs begin to bristle, either out of expectation or out of dread) changes to Church doctrine.

Take this last week, for example. Crux, the Catholic news service, asked on Monday, “Is Pope Francis changing Church teachings before our eyes?” It’s not a deep piece of journalism, but it shows the way people are thinking. Did the Pope change Church doctrine on the death penalty, it asks, when, during his address to the US Congress on Thursday, he called for its abolition throughout the world? What about the next day, when he spoke to the United Nations General Assembly and asserted that the environment has rights? We’ve never heard that before. Was that doctrinal change? Or was it a development of a prior position? Is it correct to distinguish between development and change? Can every doctrine develop? Can any doctrine change?

Or what about the upcoming Ordinary Synod on the Family? What are we to make of the proposal to admit some divorced and remarried Catholics to the Eucharist? This would certainly be a change. But would it be a change in doctrine or in discipline? The membrane which separates these often appears to be quite porous. The proposal was pressed very strongly by Cardinal Kasper before the Extraordinary Synod last year, and Pope Francis was evidently pleased to let the discussion roll. For a substantial number of prelates, however, it would be a shift in discipline that would rely on an outrageous departure from the fixed doctrine of the Church. Expect more tension on this matter before equilibrium is restored.

So what’s a Catholic to think? It’s an enormously difficult question, and if I had just one piece of advice it would be to distrust any answer which reduces things to a simple formula. No, it is not good enough to say that “discipline can change, doctrine cannot”. Nor will it do to say Non nova, sed noviter (“No new teachings, just old teachings expressed in a new way”). And we even need to exercise great caution in invoking the famous canon of St Vincent of Lérins in which he defines tradition (and hence orthodoxy) as quod ubique, quod semper, quod ab omnibus creditum est (“those things which have been believed everywhere, always, and by everyone”).

It would take me a number of posts to explain why I’m advising caution with these formulae. And that’s the plan. I hope to write a series of posts over the coming while to tease out the issues of critical significance regarding the Church and change. Even with this I’ll have to leave a great deal unsaid. For now, though, I’d like to make some quick observations in order to prepare the ground.

Two points to start with. Firstly there is the consideration that the Church, apart from its transcendental perfections, is a historical reality. It is fundamental to any consideration of the Church and its doctrine that we recognise how historically embedded its life and language are – and how ‘historically-effected’ our interpretations of them must be. Only a few years after Vatican II, Walter Kasper called to mind the perspicacious belief of Ernst Troeltsch that “the encounter between theology and history would in the future raise far greater problems than the encounter between theology and natural science”. And so it is now. You could even argue that some of the favourite postulations of the scientistic atheists of our day come down to them not ‘getting’ history, but that’s for another day.

Too often Catholics don’t get history either. Kasper’s description of the Catholic climate in those post-conciliar days still holds good in some quarters:

To many the Church, the magisterium and dogmas appeared as the solid tower in the surge of time, the immovable rock amid the waves of history. Many felt that here they had a firm anchor in the flux of time and the swift flow of historical attitudes and ideologies. Many serious Christians are now finding, with anxiety, that even in the Church everything has been thrown open for discussion, that the views and positions for which they were yesterday required to do battle, and for which they let themselves be attacked out of loyalty to the Church, are now allegedly or in fact being abandoned by that very Church. [Introduction to Christian Faith, 1972, ch. 9]

But even if it is scary at times, we need to incorporate a deep understanding of history in our approach to doctrine. Bemoaning all change is not a serious option. History – time-boundedness – is not an incidental fact of our lives or of the life of the Church. Nor is it something external or foreign, something to be overcome by elevating everything to the realm of changelessness. As Kasper puts it, “history is the inner dimension and make-up of man”. And it is our historical ‘situatedness’ which creates the horizon from which we come to understand the deposit of faith.

Perhaps our greatest guide for navigating the troubled waters of history in theology is Blessed John Henry Newman. I’ll be calling on him often enough in the course of this series of posts. On the occasion of the centenary of Newman’s death, Cardinal Ratzinger said of his work on the development of doctrine: “With this he had placed the key in our hand to build historical thought into theology, or much more, he taught us to think historically in theology and so to recognize the identity of faith in all developments”.

My second point is an obvious linguistic one: development is indeed a kind of change. So at the very least, in this limited way, we can certainly affirm that both doctrine and discipline in the Church can change. Which brings me straight back to Newman. In his Essay on the Development of Doctrine he noted the problems with the canon of St Vincent already cited (“those things which have been believed everywhere, always, and by everyone”), but he turned to another part of the Commonitorium for the valuable distinction between kinds of change. St Vincent distinguished between profectus, i.e., remaining faithful to the original idea, and permutatio, i.e., undoing or adulterating it. One is a legitimate development, the other a corruption.

Distinguishing between profectus and permutatio is not always easy. Nor is it sufficient to make all necessary judgements on the issue of the Church and change, but it’s a useful place to start. It was, after all, through his painstaking work in telling these apart in the history of the early Church that Newman found himself compelled to become a Catholic. It’s worth while, though, to pay closer attention to how Newman told true developments from false, and also why he had misgivings about the famous canon of St Vincent. That’s for my next post.

Young in heart and mind

Educate Magis, for community by community

‘Going but not leaving’