Latest news
Home > Blog - In All Things > Dermot Roantree > The greatest of these is charity, not clarity

The greatest of these is charity, not clarity

DERMOT ROANTREE :: In the mind of Fr Thomas G Weinandy OFM Cap, the letter he sent to Pope Francis in July and published at the end of October was in response to a mandate from Jesus Christ. As he was agonising over whether or not to confront the Pope in writing, he asked the Lord to make His will clear through a very specific sign. And the Lord delivered – exactly as he was asked to do! And so Fr Weinandy wrote his letter.

What was it then that Fr Weinandy was mandated to tell the Pope? All of the following:

It is a remarkable list. More remarkable, however, is the fact that so many conservative outlets are surprised that the United States Conference of Catholic Bishops should have “strongly encouraged” him to resign his consultancy role. I don’t see that they had a choice. As the USCCB President, Cardinal Daniel N. DiNardo, said, disagreement and debate are often good for the Church, but “Christian charity needs to be exercised by all involved”. And I can think of no way to construe Fr Weinandy’s letter that leaves it looking just or charitable.  What’s more, the USCCB is a fruit of the very synodality which Fr Weinandy impugns, and their role is to “stand in strong unity with and loyalty to the Holy Father”. I think they have acted correctly.

There is much that is wrong in Fr Weinandy’s criticisms, but one preambular question in particular comes to mind. It has to do with a feature which his letter shares with the dubia submission of the four cardinals, the recent correctio filialis, and many of the other conservative repudiations of the Pope in recent years – namely that the tempo of the piece is set by an almost-metronomic pattern of laments about the loss of clarity and the creation of confusion. So to my question:

What is there on this planet, beneath a sky populated with 200 billion stars in our own galaxy alone, which is just one of perhaps one hundred billion galaxies; what is there on this earth of seven billion people, the latest in a history populated with over one hundred billion people; what is there in the thousands of years of complex human cultures, in the seven thousand extant languages, in the diversity of human experience so great that we can no more name or imagine it all than we can name or imagine all the celestial bodies above us; what is there in all of this which might lead us to believe that we ought to be able to turn on the tap of certainty and wash all the confusion away?

Is it the Church?

But what is there in the two-thousand turbulent years of Church history that would justify us setting such a high premium on clarity? When has there ever been a time of Christian history without confusion? Without ambiguity? What, when we view it from our current standpoint, is extra ecclesiam nulla salus (’no salvation outside the Church’) if not ambiguous? And what about the role of grace in the Christian’s co-operation with justifying grace – to say nothing about the other aspects of the freedom-grace question? Are these not ambiguous too?

And what is so clear about the nature of Christ’s presence in the Eucharist, or about related questions concerning the distinction between the mystical and the real body of Christ, between the Eucharist and the Church? Can we say the dust could ever fully settle on other immensely important and consequential doctrines concerning, say, the Incarnation and atonement, the relationship between nature and grace, justification, the relationship between conscience and law, the nature of tradition, the structure of authority in the Church, the place of historicity in the development of doctrine, or the nature of the eschaton?

There is uncertainty, confusion, even ambiguity, in all these matters and in so many more. Hence there are disputations, controversies, papal and conciliar pronouncements that keep returning to the same themes, a plurality of theological schools of thought, a multitude of theology faculties, a rich culture of interdisciplinarity which incorporates theology, an endless stream of peer-reviewed contributions to theological debate, and so on. Even when we might think a matter has been settled, life often brings adjacent truths hard up against it and obliges us to think again.

And all this holds a fortiori for the work of spiritual directors and juridical authorities. They have no promise of certainty in their judgements and advice. How well can they know the hearts, mind and souls of those in their care? A confessor, for example, has to make a judgement about the subjective guilt of a penitent, but his efforts are hampered by the penitent’s own limited self-knowledge, their proneness to self-deception, their inability to articulate their thoughts, the difficulty in discerning the relative value of moral imperatives (e.g., would the penitent have done better to be more charitable and less prudent, or less charitable and more prudent?), and a slew of other impediments. And similar handicaps afflict the judgements of ecclesiastical courts and tribunals.

These are not extraordinary or exceptional circumstances. They are as things ought to be in the life of a healthy Church. Disagreements, confusion, a lack of clarity – the Church is all the better for these. It remains alive and fertile, and it affords us a lasting reminder that the intellectual appropriation of truths is not what the Church is all about.

When confessors and ecclesiastical judges are perfectly clear about things, there’s trouble ahead. The priests, over so many centuries of Christian history, who suffered no doubts when they informed their penitents or parishioners that their Jewish friends or their Protestant neighbours or their unbaptised infants or their children who took their own lives or the local blasphemer or their cousins who lost their faith or the Hindu shopkeeper up the street could not be saved may have had clarity. But they were wrong. And what they lacked – though they mostly ought not to be blamed for this – was charity.

It is charity, not clarity, that is the greatest of all virtues. Taken on its own, clarity is no virtue at all. 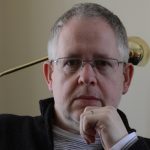