Gavin T. Murphy keeps a blog on ilovebipolar.com and he looks to Ignatian Spirituality for strength and inspiration.

“Sing Hallelujah to her magnificent blessedness.”

John Sullivan SJ (1861-1933) was named ‘blessed’ at a ceremony in Saint Francis Xavier’s Church, Dublin, on 13 May 2017. He was a man deep in words and deeds, someone with quiet charisma (influenced by his father who became lord chancellor of Ireland) and strong faith (influenced by his mother who was of Catholic stock from Cork). From being dubbed ‘the best dressed man in Dublin’ in his earlier days to travelling the roads of Kildare and Dublin caring for the sick and dying, John grew and developed in a holistic manner. His psychology can be understood from one of the few quotes attributed to him. He said: “Take life in instalments. This day now, at least let this be a good day. Be always beginning. Let the past go. Now let me do whatever I have the power to do.” In modern language, we could refer to his philosophy of life as both mindful and heartful in its practicality.

Psychologist María Prieto Ursúa refers to a characteristic of the feminine spiritual experience – not necessarily related to women – which seems to have been evident in the life of Blessed John Sullivan. She says that coping with moments of difficulty or spiritual darkness is about navigating in the dark during long periods of obscurity; to live through such times in a positive way, knowing how to profit from a heightened self-knowledge. John remained in consolation with scant food in his stomach as he cycled from Clongowes Wood College in Clane, County Kildare, to a person who needed physical and spiritual healing in Dublin City. There is a portrait of him in a small chapel at Trinity College Dublin (he appeals to Protestants and Catholics as he was immersed in both traditions) that shows him faithfully praying the rosary as the sun shines through a church window. He was deeply in touch with his masculinity and femininity.

When I think of the psycho-spirituality of Blessed John Sullivan, I turn to the ballerina in the painting. Surely nobody can deny the sheer magnificence of her movements performed during a classical ballet. Seeing her stand on her toes, stretch her legs, twist her core, elongate her arms and point her fingers is stunning. Perhaps we can see the ballerinos as equally magnificent when they dance – with their different bodily expressions – and enthral their audience. In the animal kingdom, I think of flamingos in which male and female are pink and nimble although the males are slightly taller. Like John Sullivan, there seems to be no separation between the dancers’ masculinity and femininity because they are integrated into one coherent whole. Wouldn’t it be wonderful, when all is said and done, to embrace the complementarity of all things?

Get into the right gear! 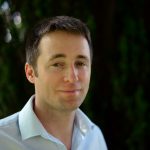