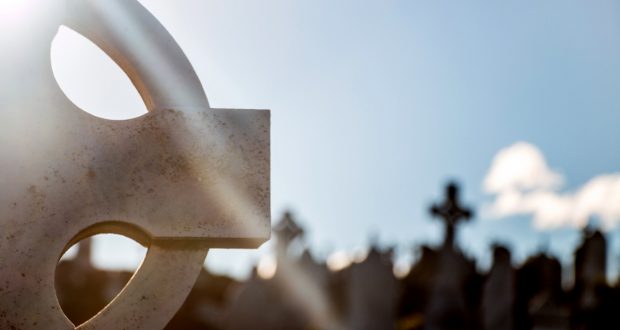 I was stunned when I heard the news that my Dad died suddenly of heart failure, as he cycled on a Dublin road, four miles from his wife and children.

Even now, my human emotions rush to the surface on reflection of such a key event in my life: a time when I also saw family and friends frown, smile, cry and laugh. Moreover, I take this opportunity to look back on my friend’s foreign wedding, an event which extracted surprising reactions. Noticeably, these two big occasions brought forth an unhealthy protective response of numbness, a loss of sensation or feeling in the core of my being.

In March 2006, upon chatting to a psychology lecturer and students at the Jesuit-run University of Scranton in Pennsylvania, I felt the noisy vibration of the mobile phone in my backpack. I tried to continue our conversation, but it proved impossible as my mobile vibrated again and again. I excused myself and walked to a narrow corridor to pick up the call. It was from my brother back home in Ireland. He said, “Gavin, I’ve got bad news. Dad is dead”. Immediately, a storm of heavy bricks filled my imagination, tumbling down to demolish me. How could such a tragedy have occurred to a 52-year-old father of nine children?

The shocking death of my Dad evoked anger within me. I didn’t like the way he died so dramatically, on the hill alongside Glasnevin’s Botanic Gardens. I hated the fact that he didn’t get his heart checked-out; he said that he made an attempt to go to a medical doctor but that the queue was too long. There was also unresolved conflict between us: his control and my rebellion comprised a common father–son relationship.

I felt disappointed with Dad due to his seemingly unfinished work; he claimed to be a family man but he left behind children as young as ten years of age. I was one of the lucky ones in my family, as I spent eight pleasant days with him at a convent in County Cork, just the summer before his death. Still, I missed him a lot and I temporarily lost my moral compass when I returned to the USA for my final semester. I rejected genuine moments to grieve Dad, falling into a state of numbness which brought a lack of meaning into my life.

I draw on a series of imaginary images from this time. I come to a halt at a railway crossing. I see tracks in front of me, rustic and old without protective barriers. I sense a train from far away; I cannot yet see it coming but I can hear the noise and the heavy vibration of its wheels, engine, couches, and people. As the locomotive draws near, I feel my heart pound and drum; I try to stay with these sensations instead of applying my unhealthy protective response of going numb.

The second big occasion happened a few years later. I received an invitation to a friend’s wedding several months before the event took place, set for August 2009 in New Jersey. Time passed quickly and soon it was time for my Irish pal to marry his American girl. I originally chose not to go his wedding, even though he was a close companion from my American college years. I was a ‘poor’ student in Dublin at the time and I didn’t think that I could afford the trip. I contacted my friend through Facebook and regrettably declined the invitation; I waited for his reply, which did not come.

This silence tugged my heart and made me feel uncomfortable. I spoke with my brothers about the situation; they encouraged me to fly. In the end I decided to travel, courtesy of my ‘emergency’ credit card. I turned up on the grey concrete steps of the Church bang on time, to the total surprise and delight of the wedding brigade. My friend greeted me enthusiastically and welcomed me into the Church. I felt as light as a feather and like C.S. Lewis, I became surprised by joy.

After joy came heavenly pride as I watched the couple touch hands gently and exchange their golden rings. I deeply appreciated the genuine love they expressed towards each other and I felt a glimmering of hope that I too could experience such love. My friend’s brother performed the best man speech with perceived blissful pride, as he gently punched the groom with stories of ‘shenanigans’ and he flattered the bride for her radiance and beauty.

What intrigues me also is that I experienced a similar feeling at both the wedding and funeral. I felt deeply sad when I saw my mother’s blood-shot eyes as I returned to Ireland. During the wedding, I felt a sadness that came from the realisation that I would lose time with my friend, due to the greater bond of marriage.

Predominantly, I experienced strong temptations of numbness at these events. When I saw robe after robe of Jesuit priests lining up to commemorate my father in the Church, I was very tempted to disregard the overwhelming sensation that I felt. I also experienced a powerful pull to detach myself from the aisles of the Church when I saw the bride and groom unite in kissing. In the intervening years, I have learned to move away from any hint of robotic isolation and to lean towards naturally experiencing my true emotions, regardless of how vulnerable I feel.

What used to take me months to write, now only takes a short while as a result of this new ability to express myself emotionally. My transformation continues as I talk more freely when encountering life and death situations, especially by living with the profound emotions of joy and sadness. The days of being like a stunned lamb are almost over. I would encourage everyone to experience our full range of human emotions that come from the big occasions of our lives. The tension may seem unbearable but I think that it is an invitation to be more fully alive. 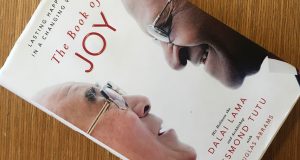 The book of joy 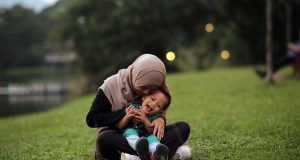 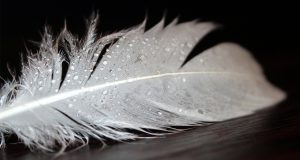 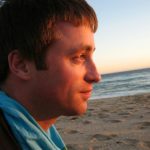 Gavin T. Murphy attended Belvedere College and is a Psychology graduate of the University of Scranton, USA. He has a Masters in Applied Spirituality.