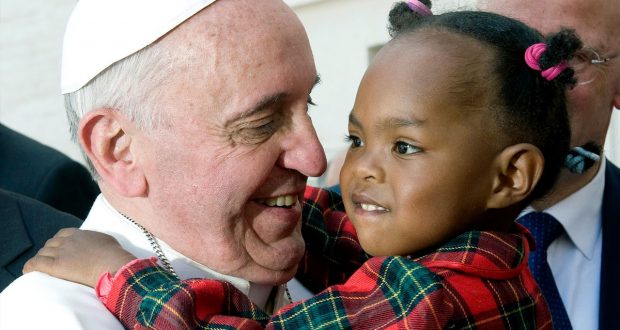 Amoris Laetitia – “Everything is not black or white”

First impressions of ‘The Joy of Love’

The long awaited papal Apostolic Exhortation Amoris Laetitia (‘The Joy of Love’) was released on April 8. It is the fruit of consultation, theological reflection and voting of the two-stage Synod on the Family in 2014 and 2015. To a certain extent it continues to reflect the ‘consensus through ambiguity’ (Tom Reese) achieved at those synods, in particular about so-called ‘irregular situations’: a door is opened, and left open, and an invitation is issued to come on in.

This is no exercise in romantic idealism – the loftiest theological comparisons are rooted firmly in the real-life experience of marriage and family, warts and all. But the tone is always encouraging, giving grounds for hope in difficult situations. It invites slow and meditative reading. It will be a wonderful resource for marriage preparation, for parishes, above all for couples themselves who will find so much of their earthy, lived experience reflected in the document in a way that makes real their baptismal call to holiness. A Roman document that speaks so positively and realistically about sex and love – has to be a winner!

This positive tone continues in the treatment of ‘irregular situations’ – for example, cohabitation, separation, and, above all, the divorced and remarried (which became, in many ways, the lightning rod issue of the Synods). Here Francis decides – in agreement with the Synod Fathers-not to go the way of new teaching or even new canonical rules (as, for example, the Orthodox Church has done for centuries, without this being seen as an obstacle to unity with Rome). Rather he proposes a way of careful pastoral discernment, in which each situation is judged in its own concrete particularity, drawing on the like of Aquinas to show that mitigating factors mean that when the general knowledge of the rule and the particular knowledge of practical discernment come into tension ‘if only one of the two is present, it is preferable that it be the knowledge of the particular reality, which is closer to the act’ (note 348).

What does this mean in practice? Well, Francis is pointing to the primacy of conscience (‘We have been called to form consciences, not to replace them’ – n 37) and to a process of discernment, including the internal forum, whose ultimate agent is the married individual or couple, but in dialogue with the priest or, significantly, ‘with other lay people whose lives are committed to the Lord’ (n 312).

Does this mean that communion is open to the divorced and remarried? Francis does not explicitly say so. But he does, under the rubric of the ‘logic of pastoral mercy’, again and again urge such people to participate in the life of the community, not to feel excommunicated, to have an eye to the experience of their children, so that we may see ‘which of the various forms of exclusion currently practised in the liturgical, pastoral, educational and institutional framework can be surmounted’ (n. 299). Later he is even more explicit, though discreetly so: in a footnote to his remark that  persons living in objectively difficult situations can rely on the ‘Church’s help’ (n. 305), he states that ‘in certain cases this can include the help of the sacraments… I would also point out that the Eucharist “is not a prize for the perfect, but a powerful medicine and nourishment for the weak” (n. 351).

I agree with Gerry Whelan (of this parish, lecturing in Rome) that of prime significance in all this is the method of Francis, his underlying approach. He is pursuing his Vatican II agenda of a ‘sound decentralisation’, a more collegial church – not going too far ahead of his fellow bishops, encouraging them to take responsibility for their own dioceses and regions (‘Each country or region, moreover, can seek solutions better suited to its culture and sensitive to its traditions and local needs’ – n. 3), and, above all, highlighting the primary responsibility of the laity themselves, in consultation with their local priest. The recent positive experience of the Synod in Limerick surely points the way forward for us here in Ireland. Francis again and again has drawn attention to ‘the sense of the faithful’ as a theological source which feeds into the teaching of the Magisterium – and this is what is happening.

There are underlying unresolved issues with one part of this approach of Francis. While it is feasible that the primarily disciplinary issue of admission to communion of the divorced and remarried can be tackled by means of a purely pastoral solution, it is not at all clear that this can be so of other, related topics – think, for example, of contraception, homosexuality, women priests. In these instances there continues to be a gap between the ‘sense of the faithful’ and church teaching (not just discipline). In this context the following remark of Francis is most welcome: ‘The complexity  of the issues that arose revealed the need for continued open discussion of a number of doctrinal, moral, spiritual and pastoral questions’ (n. 2).

For some traditionalists Francis in this document is too ‘Protestant’, for some liberals he is too ‘traditional …lacking in imagination and innovation’.  I think it is undeniable – and both sides may be right here – that doors and windows are being opened, bringing with it fear of chaos and impatience with the rate of change. A quiet revolution is under way and ‘it is good to be here’. 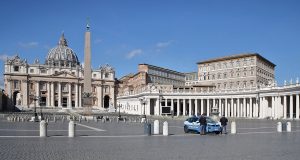 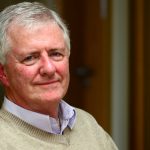 Former Irish Provincial Gerry O’Hanlon SJ is a theologian and author of many books, including ‘Theology in the public square’ and ‘A new vision for the Catholic Church’. He is currently Social Theologian with the Jesuit Centre for Faith and Justice.