Latest news
Home > Blog - In All Things > Holy Week musings on the coronavirus: where is God? 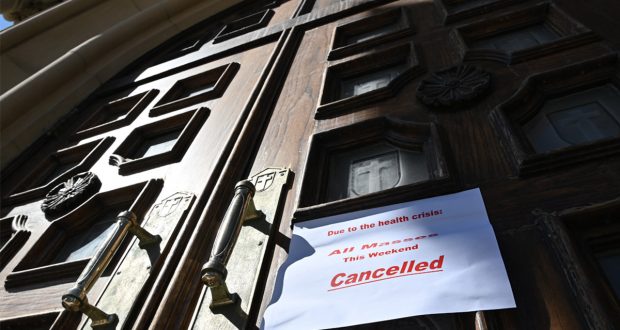 Holy Week musings on the coronavirus: where is God?

in Blog - In All Things, coronavirus, Gerry O'Hanlon SJ

At the dawn of Western literature, in the Iliad, Homer tells the story of King Agamemnon who angered the gods through his arrogance. Apollo responded by causing a plague to erupt among the Greek army besieging Troy.

In our more secular age we do not need to have recourse to mythical stories about the gods to explain an outbreak of the novel coronavirus named Covid-19. We understand that disease, epidemics and occasionally pandemics are not exceptional in human history, that bacteria and viruses predate humans, that in the evolutionary tussle which characterises our world these things happen.
Nonetheless, especially in the case of a once in a century outbreak like the current one, we are shocked. Apart from the enormous disruption at the macro level to industry, commerce, trade, transport and so on, with knock-on consequences for global and national economies and employment, there are the personal effects.

There is the reality of illness, death and bereavement for some, the surreal funerals. There is the courageous service of front-line staff, be they in hospitals, at check-outs in food stores, or on the streets collecting and emptying our bins.

There is the reality of confinement for many, the not being able to ‘come and go’, to meet and greet some loved ones (and to learn to cope with the ever-presence of other loved ones!), the inability to plan, the uncertainty, the boredom, the mounting anxiety of many, the panic, the terror. The eerie silence of empty streets, albeit the clear sounds of birdsong. The sense of life suspended. We all now have an experience of what Pope Francis likes to call ‘the peripheries’ – what life is habitually like for so many migrants and asylum seekers, residents of direct provision, the homeless, prisoners.

And nonetheless, even in our secular age, we look to find meaning in what is happening and learning for the future. In a number of recent thoughtful pieces Fintan O’Toole has noted how our prized autonomy – so characteristic of the individualism of modernity- is suddenly revealed as somewhat threadbare. Indeed Boris Johnson, of all people, has gone on record as repudiating the famous ‘there is no such thing as society’ aphorism of Margaret Thatcher. Terms like solidarity and the common good have gained new currency.

Many others have made similar observations – Paul Reid, head of the HSE, is reported to have compared the overnight development of a single-tier health system in response to our emergency in Ireland as ‘Slainte-care on speed’. Theologian Tina Beattie has pointed to the World Health Organisation estimation that about 7 million people die prematurely every year as a result of air pollution, while the reduction in this pollution has been a feature of the last few weeks due to the reduction of human activity. Indeed globally the improvement in environmental conditions and the prospects of meeting carbon emission targets have led many commentators to press for a more permanent change in ways of living and working, and have opened a renewed space for a hearing for the Laudato Si’ of Pope Francis.

O’Toole goes on to note that while it is human to seek for meaning, we must not expect from science any more than a pointing to the kind of natural breakdowns, damage and what seems like absurdity that are all part of an evolving universe, what Lonergan in another context referred to as our world of ‘emergent probability’. For a more heart-warming source of meaning he turns to fiction and to the thoughts of Viktor Frankl in his classic work Man’s search for Meaning, the reflections of a survivor of the Holocaust. At this point O’Toole begins to speak of love, much as the British artist David Hockney, in introducing pieces from Normandy in France celebrating Spring at a time of Coronavirus, stated that ‘only two things really matter – food and love’.

I am sure that Fintan O’Toole would be happy to concede that by turning to fiction he does not mean to suggest that what fiction has to offer is a lie, does not contain its own (and very important) kind of truth. But for those of us of Christian faith, based on Scriptural stories that are expressed in many different kinds of literary genres (including fiction and myth), for Jesuits and the Jesuit family for whom I write, we cannot stop there. For us the question arises with sharpness and with longing: where is God in all this?

The God we worship, while respecting human freedom and that of the whole of nature and the universe, is not the Deist God of the Enlightenment that James Joyce referred to as ‘aloof, paring his finger-nails’. This is the God who is known as Emmanuel, God-with-us, who cares for every one of us and for the birds of the air and the lilies of the field, the God whom Ignatius in his Spiritual Exercises referred to as ‘the God who works and labours for me in all creatures’, a God ‘who conducts Himself as one who labours’ (Sp Ex n 236). This is the God about whom the late John Hyde SJ, well known to generations of Jesuit students and others, wrote his codex on God Working in the World, about whom Bernard Lonergan with his Law of the Cross could seek meaning in our world of ‘emergent probability’ and ‘the cycles of decline’ as well as progress that characterized it by the conversion to love and truth made possible by the Paschal Mystery which we all celebrate at this time.

And so there are some basic insights that emerge from this ‘faith seeking understanding’ theological search for meaning: God does not cause the bad things that are happening in the world, including coronavirus, nor, much less, are viral infections and pandemics punishment of our wickedness and sin, be it personal, social or structural; God is everlastingly compassionate and faithful, and is at work to promote, heal and liberate creation and creatures. Nonetheless, given that God ‘respects human freedom and that of the whole of nature and of the universe’, that ‘creation groans in one great act of giving birth (Romans 8, 22), God is also the one who through the Law of the Cross suffers and dies with and for us, so that our suffering and deaths, so awful in themselves, have meaning in being a redemptive share in his – ‘ I make up in my body for what is lacking in the suffering of Christ for his Church (Colossians 1, 24), the notion of Martin Luther King that ‘unearned suffering is redemptive’.

God is the one who can bring good out of evil, and because of whom Julian of Norwich could say ‘All will be well, all manner of things will be well’. In the meantime we continue, rightly, to ask like the Psalmist with insistence and longing (how long Lord!), to complain and lament like Job, but also to contemplate with wonder the Suffering Servant of Isaiah and the crucified Jesus Christ of Good Friday, who he bears so much for us, loves us to bits, to death. This is what we celebrate in the Eucharist, anticipated on Holy Thursday.

It looks like that this year we may have a longer experience than usual of that hiatus between Good Friday and Easter Sunday, when there is the waiting in the Tomb, the empty Tomb, or the descent of Christ into hell, theologized about by von Balthasar and expounded in more secular terms in Dante’s Inferno. The Balthasar reading is hopeful: even at the far end of hell Jesus Christ is there to save, to give us hope and to bring us to life again.

And so, as day follows night, on that symbolic ‘third day’ Jesus Christ will rise again, not without his wounds, and we will rejoice. And so do well to we look forward to resurrection: to current signs like birdsong and blooming cherry blossoms, and to the future to the embrace of friends, to convivial and celebratory meals. But also, please God, to our own conversion, so that we move to a new way of living together which respects our planet, which values housing and health as shared public and common goods, which is gentler and less judgemental about those on the peripheries.

And so our faith does not just give meaning but also gives comfort and inspiration at this difficult time. Pope Francis captured it well in his almost solitary Urbi et Orbi in St Peter’s Square with a reflection on Jesus calming the storm and then prayerful silence in front of the monstrance and the icon of Mary – the beauty was breath-taking. Our faith these days may be expressed less in formal liturgies like Mass and more in loving our neighbour (often, ironically, by removing ourselves from their physical presence). Karl Rahner wrote about love of God and love of neighbour being one, meaning that it’s not just that love of God leads us to love our neighbour but rather that, for most of us, our main way to love God is by loving our neighbour.

Let us comfort one another with these words. 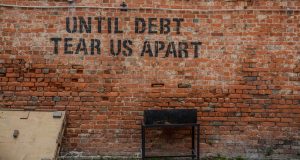 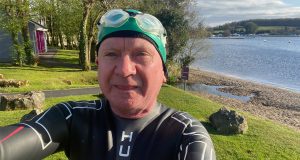 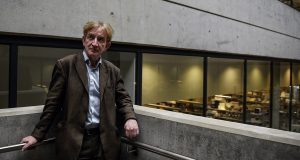 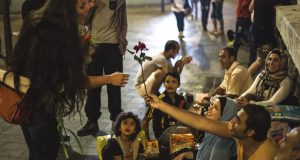