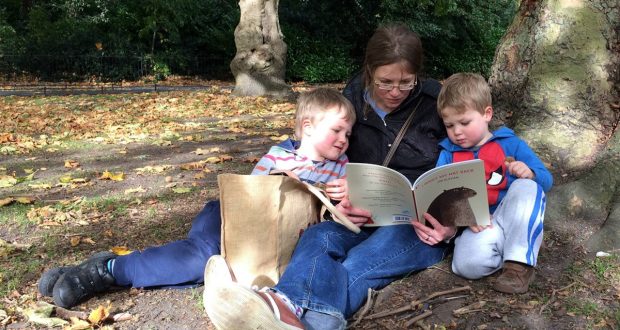 “There will be a recession, and it may be very severe. Economic activity is grinding to a halt. Businesses will face a cash crunch within weeks, and there is likely to be mass lay-offs, beginning in the hospitality industry and soon extending to the rest of the economy.”

Pat Leahy », political editor of the Irish Times, is mostly right. There will be a recession sparked by lower consumer spending, leading to job losses, pay cuts and all the rest. For him to say that economic activity will grind to a halt, however, reveals a common assumption – that economic activity is simply activity that results in money changing hands.

“Money changing hands” is a very narrow definition of economic activity. It does not recognise activities that create value for our households but do not involve the exchange of money, e.g. cooking a meal for your family or friends, caring for a sick person, maintaining a vegetable plot, sunning yourself in the back garden, or reading a story to your child. All of these activities have a monetary element and an additional human or ecological element too. It is possible to put a number on the monetary element, i.e. the price of the food, or the seeds, or the storybook. But the human or ecological element is gratuitous. The generosity to cook the meal, the attentiveness to the sick person, the fertility of the earth, the warmth and radiance of the sun – these are extremely valuable and yet nobody can put a price on them.

It is worth noting that gratuitous economic activity reliably generates real value. The combination of earth, water, sun and seeds generally produces tasty fruit and vegetables. Reading a story to your child will stimulate their mind and imagination. Caring for the sick will help restore them to health or ease their suffering. Or in my own case, baking bread and scones for my Jesuit community will put smiles on their faces! Just watch how many household skills we will master during in the months ahead when we have to tighten our belts, whether they be in the kitchen, the garden, the garage, with the kids, or just relearning the lost art of making less last for longer. They will all make a real difference to the quality of our lives.

The same cannot always be said for monetary economic activity. When you pay a bit extra for a fashionable item of clothing today, it could easily be outmoded tomorrow. And, alas, our housing market frequently does not reflect real and lasting value. If your landlord raises your rent just because he can, this does not mean that you get more value from your house – it shelters you in exactly the same way as before. Nonetheless, more money changes hands and GDP increases.

It is also important to notice that monetary economic activity quickly decreases in the event of global shocks such as the current Covid-19 pandemic. Global consumer capitalism is a fair weather friend. Those with capital will only invest if there is a good chance that they will make a profit on that investment. By contrast, gratuitous economic activity shows itself to be more resilient. People who give of themselves to provide for others – fathers, mothers, good neighbours – will generally continue to do so hail, rain or shine. It becomes even more reliable when the people in question are open to the transformative grace of God.

I am not arguing that we should get rid of money or markets or anything like that. I am building the case for rebalancing the levels of monetary and gratuitous economic activity in our western societies. Our globalised consumer capitalist economy can only take so many shocks before banks and governments buckle under the weight of increased debt. But as our ecosystems become more exhausted and unstable there is a good chance that more big shocks are on the way. The prudent thing to do is strike a new balance between monetary and gratuitous economic activity, including government spending, so that our economies will have more inbuilt resilience and will generate real value that will last in good times and bad.

Full confession – I took this idea straight from Catholic Social Teaching. I could quote something from Pope Francis but I don’t want to feed false impression that he some sort of an anti-capitalist Marxist firebrand. He is merely following in the footsteps of his predecessors who were just as strong on this issue. Here is a quote form Pope Benedict XVI:

The great challenge before us, accentuated by the problems of development in this global era and made even more urgent by the economic and financial crisis, is to demonstrate, in thinking and behaviour….that in commercial relationships the principle of gratuitousness and the logic of gift as an expression of fraternity can and must find their place within normal economic activity.

—Caritas in Veritate, §36 (italics in original)

A lot of people have started thinking about what this would look like in reality, NEF » and Wellbeing Economy Alliance »,  to name but two. In the meantime, let us bring all of our God-given generosity and creativity to bear on the current crisis and make it a gratuitous economic boom. 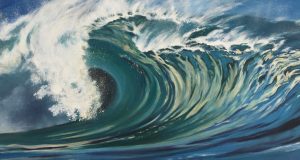 To everything a season