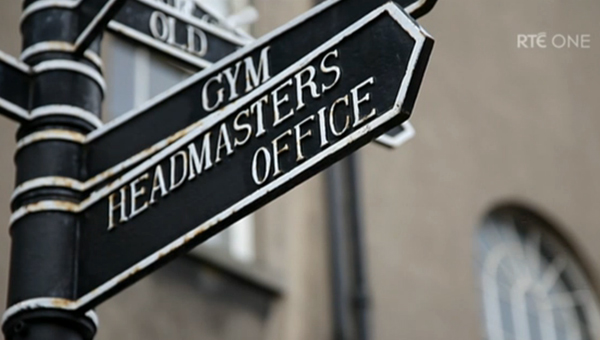 Ugandan Charles Jaryekonga SJ spent two years of his Jesuit formation as a regent in Belvedere College SJ from August 2016 to May 2018. In this third of a series of blog posts, he describes his experience of cultural immersion where he learned to acquire a new identity.

My regency mission provided me with the opportunity for cultural exchange. It is my first time in Europe and to some extent I initially saw it as a daunting task. I clearly did not know what to expect, only relying on the assurance that all will be well even though deep down in my heart I was wondering to myself how long this will last. In such a circumstance, I try not to expect too much and just to throw myself in at every opportunity as best I can. It is not easy trying to change the way of thinking of a grown man and yet a true and healthy encounter with another culture requires self-emptying to a certain degree in order to provide room for the new culture. That creates a sense of losing oneself and a threat of being overcome. However, that has to happen.

Socially, I had no problem adjusting to the social fabric of Irish people. I see a great warmth and genuineness when people interact and all the hilarious jokes. In that sense, I do not miss home a lot because I can certainly identify with such social dynamics, maybe not in a bold way. I have not gotten used to personally singing in the pubs and I find it hilarious that people have fun in every possible way. I still struggle to figure out the Northern Ireland – Republic relationship. It is all mysterious for me.

Religiously, I meet many people who are very religious even among young people during the times I participated in youth 2000 events. The pressure of not publicly expressing one’s faith is evident for me as the culture becomes more secularised. In that way, it is understandable why you find fewer people in many Churches even though I have been to masses with bigger congregations. Coming from a country with greater religious diversity, even though the majority are Christians, also makes me struggle with certain views that I have come across. The first few months, I struggled to be fully present at masses because during the masses I felt like attending shows where the priest and the choir perform and the rest of us watch what is going on. I missed the noisiness of our masses back in Africa and the dances, but I had to realise that my context here is different and to learn to be more appreciative.

In order to keep in touch with my African cultural heritage, I am involved with the Association of African Priests and Religious which is mostly constitutive of religious in Ireland primarily for studies purposes, with exception of a few priests who work here. We meet occasionally, have mass together and socials. One of the biggest activities we organised (which only started last year) was a seminar for people mostly of African origin even though the events are open. This year the seminar was on Challenges of the Family in the Contemporary World especially targeting African parents struggling to raise their children in the western world. These are ways through which we come together and do something constructive as a group. In a way, we bring in some cultural richness and learn something as well.

I am sure I am more culturally sensitive and culturally integrated. I believe I have acquired a new cultural identity, one which is neither Ugandan nor Irish, but a combination which is very hard to describe. I have acquired a little bit of the Dubs way of life and developed an interest in rugby which I never had before. I am a little bit careful just in case my mother decides that I am someone else because of the newly acquired mentality which is great for me, and not for a poor old lady. I am sure I am leaving Belvedere College and Ireland an improved man with a better experience of cultural diversity and integration.

In the next blog post, Charles will explore the many fruits of his apostolic activities.

The soft sound of praise