Latest news
Home > Blog - In All Things > Guest blogger > Ireland after the Climate Action Plan: A laggard, a leader, or a middle-manager?

Ireland after the Climate Action Plan: A laggard, a leader, or a middle-manager?

KEITH ADAMS (JCFJ) :: I couldn’t help but be excited about Ireland’s environmental ‘Green Spring’. Watching the enthusiasm of Ireland’s teenagers with the climate strike, listening to the prophetic voice of Greta Thunberg, and cheering on the activism of Extinction Rebellion, I thought that the time was right for the Government to finally catch up with the climate reality. As much as anyone could be on the edge of their seat waiting for a policy report, The National Climate Action Plan » was a document I was waiting for. I read it eagerly, with the anticipation that this document would be a catalysing moment in Irish politics where our common home would gain precedence over economic concerns and political expediency.

Regrettably, my hope was misplaced.

Internationally, Ireland has been perceived as a ‘climate laggard’ based on our unwillingness to provide leadership on meeting agreed reductions in carbon emissions. This reality of Ireland is in stark contrast to the presentation of a ‘green’ Ireland which is strongly projected to an international audience.

As I reflect on this disappointment, I have begun to trace a line through the rhetoric of the Government and the detail of the policies that have marked the decade of missed opportunities ». In recent years, Taoisigh have made a habit of grandly applauding their own apparent achievements. These plaudits included Ireland being the best small country in the world in which to do business, to raise a family, and eventually to ‘grow old with dignity and respect’. In a similar vein, Taoiseach Leo Varadkar confidently declared last summer that Ireland would become a ‘leader in climate action’. The Climate Action Plan is the blueprint for this purported leadership.

It is notable that Ireland has been committed to a strategy of reducing emissions of greenhouse gases as a result of approving the Paris Agreement in December 2015. Underpinned by a requirement to be fair to countries at different stages of economic development, the Paris Agreement was greeted with much fanfare as a framework for the transformational re-structuring of global economies to address climate change.

On serious reflection, despite the broad acceptance by the world’s nations that climate change is a serious threat, the Paris accords had a series of significant weaknesses. Conspicuous by their absence, the Paris accords does not explicitly state that fossil fuels should remain in the ground. Of equal concern, there are also vague allusions to future technologies which will solve the emissions crisis, with no consideration of other harmful ecological implications. In aiming for broad agreement, the Paris Agreement is a ‘watered-down’ compromise which bows to the agendas and political weight of developed industrial nations.

From a global justice perspective, the spirit of the Paris Agreement requires the most developed countries, including Ireland, to ‘take the lead’ in the reduction of greenhouse gases. The Climate Action Plan neglects to implement this aspect of the Agreement; instead, the Irish Government has extenuated its inherent weaknesses. Rather than a ‘leader in climate action’, Ireland is content to occupy a middle-management role.

When both documents – the Paris Agreement and the Irish Climate Action Plan – are laid side by side and read as companion pieces, the influence of the former is evident within the pages of the latter. This is important and welcome. However, an important distinction needs to be made between the purpose of the two documents. As an impetus for action and a guiding framework, which must then be realised by individual countries, the Paris Agreement focuses primarily on procedural and oversight mechanisms. It offers review processes and five-year review cycles to ensure transparent monitoring, compliance, and ongoing revision of targets. With no influence on national budgets and taxation policy, this is the natural extent of the remit of the United Nations Framework for Climate Change in national affairs.

However, I reassured myself, Ireland’s Climate Action Plan would be different.

With both the opportunity to outline ambitious emission targets and full decarbonisation prior to the deadline of 2050, and, as I believe to be true, the moral responsibility of a developed nation, it should be a detailed and substantive account of a transformative societal change. Instead, it settles for the twofold approach of efficiency and managing the climate action response. With hindsight, forebodings of this were clear in the days following the Dáil declaration of a ‘climate emergency’, with the use of procedural gamesmanship to prevent debate on the granting of licences for offshore exploration. It was hard not to conclude that the declaration was gesture in lieu of politics. Now that the document has been published, this suspicion appears to have been confirmed for myself and many who work in the area of climate justice.

Ireland’s failure to reach modest emissions targets for 2020 is cast in even starker light by the almost certain failure of the far more significant 2030 targets. While the Paris Agreement attempted to balance the challenge of emission reductions with the promotion of biodiversity and the protection of carbon sinks, the Irish Climate Action Plan falls short in this regard as it is framed in the language of costs and efficiencies and aims to manage the reduction of emissions while ensuring no discernible effect on foreign direct investment, tourism, or economic growth.

Worryingly, the Irish Government which has the power to lead from the top by legislating and investing resources in dealing with the impending catastrophe of climate change, has instead chosen to become akin to a middle-manager of individuals who require a ‘nudge’ to make the appropriate ethical action to avert the looming disaster. While the Paris Agreement had to settle on the proposal of net-zero emissions to ensure acceptance by all 197 nations party to the Convention, the Irish Government had the option to aim at the only realistic course available: complete decarbonisation. In restricting its future responsibility to maintaining a national ledger of emissions, carbon sequestration, and carbon credits while hoping for the arrival of magical geo-technologies which will save the day, the Government has eschewed its responsibilities.

In a sense, there are incremental advances in the commitment to some sort of target and to regular reporting and reviews on progress. But this will not result in Ireland becoming a ‘leader in climate action’. Perhaps we are no longer a ‘laggard’, but I fear that the current plan consigns us to the mediocrity of middle management. 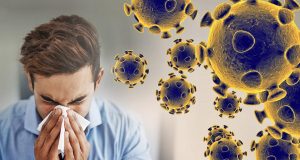 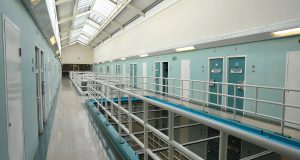 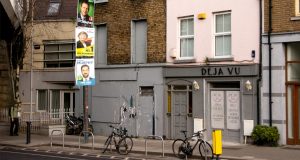