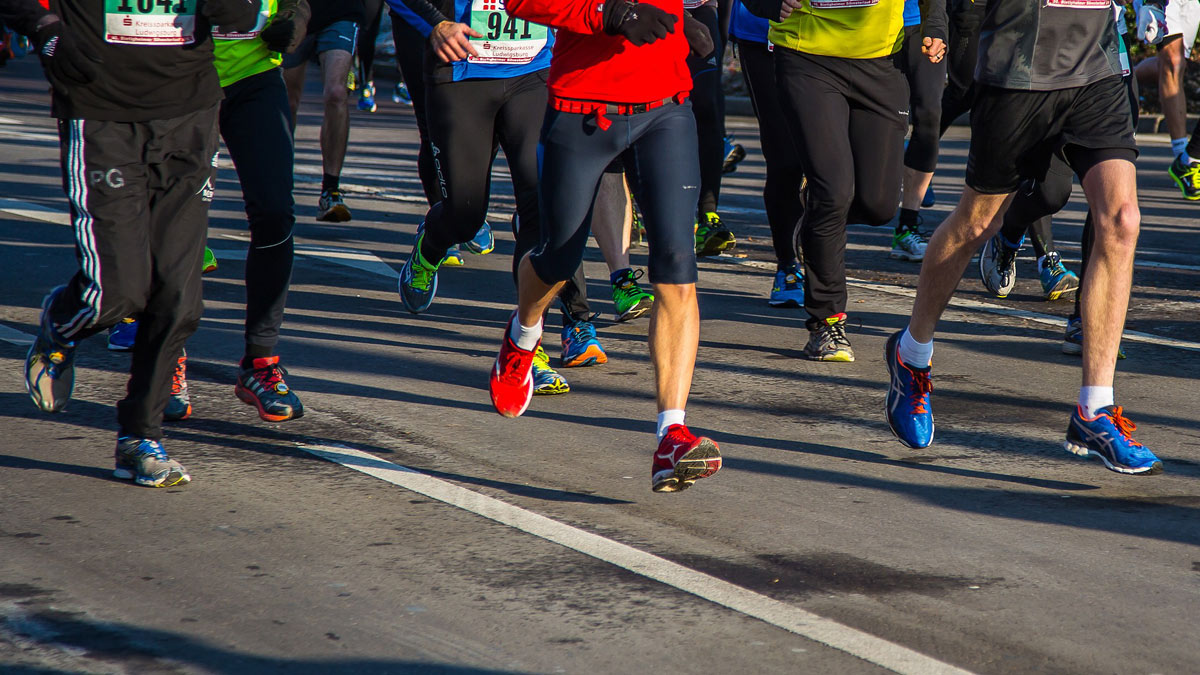 As I waited on the start line of a recent road race on a warm sunny morning in the Phoenix Park, I entered into conversation with a fellow runner about the gift of running. He remarked to me how ‘it’s great to be able to do it’. After the finish of the race just over an hour later, I congratulated the same athlete who placed just ahead of me, echoing the same words. It certainly great to be able to be able to run competitively, to do something I love, to participate in sport.

The health benefits of taking part in sports are widely acknowledged with much research confirming the physical benefits and the positive contribution to one’s mental health. I enjoy the social and inter-personal aspect, the conversations with fellow participants, the thrill of competition, the chat and refreshments afterwards. It is an opportunity to encounter and be with others, to develop friendships, and be of service by giving something back to the sport as a volunteer. I’ve also experienced my running as a spiritual gift, a time of prayer and gratitude which nourishes my faith. I find it wonderful to escape from the busyness of life and to enter the stillness of nature and ponder on all the things that I am thankful for.

It is worth noting the positive role that faith can play in sport and its relevance in the search for meaning and fulfilment in life. Leading athletes have witnessed to the role of faith in their success. Keynan athlete and double Olympic Gold medalist in the 800 metres, David Rudisha, was for a long time coached by Irish missionary, Brother Colm O’Connell. In a BBC documentary he expressed when he was a young athlete in Brother Colm’s camp “my dream is to is to make the Olympics it is a must…it is just a matter of praying to God and working hard to see that we achieve the best”. Brother Colm, who believes that God called him to coaching, explained how almost all the athletes in his camp come from a Christian background and are Church going. He said that their faith “important for character building, and in order “to be able to commit yourself to work”.

A recent publication “Giving the best of yourself: a Document on the Christian perspective on sport and the human person”, by the Dicastery for Laity, Family and Life, the Congregation in the Roman Curia tasked with promoting the vocation and mission of the laity, attempts to outline the contribution of the Church to sports and “the relationship between giving our very best in sports and in living the Christian faith in every aspect of our lives”. The document, which aims to offer a Christian perspective of sport to those who practice it, expresses that “in a certain sense, the Christian life resembles a marathon rather than a short sprint”, explaining that “here are many stages, some of which are very difficult to overcome”.

The document proposes the question “why do people run marathons?”, and answers it by stating that “They must enjoy the challenge to some extent. Reaching for improvement step by step, mile by mile, evokes a sense of satisfaction that brings joy to the challenge”. I can certainly echo these sentiments as I have experienced how the challenge of the marathon gives me strength and resilience for the challenges which I face in life and also how it makes me grow in gratitude for the gift of running and more determined to use it. The Dicastery outlines how “each person makes use of the talents he has received in the daily reality in which he lives, which may include sport…each athlete develops personally as he strives in his freedom and creativity to achieve set goals within established parameters”.

Pope Francis in an address to the Sport at the Service of Humanity conference on 5 October 2016 said that sport “is a human activity of great value, able to enrich people’s lives; it is enjoyed by men and women of every nation, ethnic group and religious belonging”. He explained that the Olympic motto ‘altius, citius, fortius’ which is Latin for ‘Faster, Higher, Stronger’ is “an invitation to develop the talents that God has given us”. He further remarked that “when we see athletes giving their very best, sport fills us with enthusiasm, with a sense of marvel, and it makes us almost feel proud”.

Meanwhile Pope Saint John Paul II outlined how participating in sport “can encourage young people to develop important values such as loyalty, perseverance, friendship, sharing and solidarity”. During a Jubilee of Sports People following the Sydney Olympics on 29 October 2000, he remarked about how great athletes, sacrificed themselves consistently to achieve the results. The logic of sport, he said, especially Olympic sports “is also the logic of life: without sacrifices, important results are not obtained, or even genuine satisfaction”.

The Phoenix Park with its many sports fields, cycling and walking routes is a fantastic amenity for sports people in Dublin and for hosting major events. On Sunday 26 August Pope Francis will celebrate the Closing Mass for the World Meeting of Families there, at the site of The Papal Cross. A workshop at the World Meeting of Families titled ‘Celebrating Family and Sport’ will discuss the role sport can play in the life of the Christian family, with contributors Fr. Philip Mulryne, Dominican Friar and former Manchester United player; Ronan O’Gara, former Lions and Ireland’s second-most capped rugby player; and Olive Foley, widow of the late Anthony Foley, who was player and coach with Munster Rugby and won 62 caps with Ireland. Sport certainly can play a positive role in the life of the Christian family. As Pope Francis said in a recent letter to the Dicastery for Laity, Family and Life, “practicing sport helps us to give our best, to discover our limits without fear, and to struggle daily to improve.”

Bart Kiely SJ – a life of “faith and mission”

A gift for the homeless