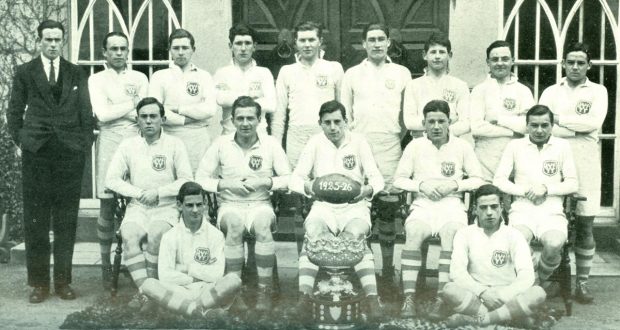 At 4 pm Tuesday 3 March, in Donnybrook, the purple and white will line out against the black and white, in the semi-final of the Leinster schools rugby cup. It is not the first cup encounter of the sister colleges, and is unlikely to match the drama of the 1926 final between Clongowes and Belvedere.

There is an old prayer that the pagan Irish used before battles, instructing the Lord not to interfere with the course of combat, but to let the best side win. It could be employed regularly in this season of cup matches between schools, but on this famous occasion it was neglected.

The 1926 Leinster Schools senior rugby cup final was between two Jesuit sister colleges, Clongowes and Belvedere. The real focus of the contest was not Lansdowne Road but half a mile away, almost within ear-shot, the convent of the Poor Clare Colettines in Ballsbridge. It was a needle match. Clongowes had never won the cup. It was their 4th year in the competition, and in two of those years they had been beaten by Belvedere. The trainer of the Belvedere team was wily Fr John O’Connor.  His sister Dolly was abbess of the Poor Clares in Simmonscourt Road.

It is not known if he solicited her prayers for victory. It is known that she was more anxious about the holiness of her community, and asked a man of known holiness, Fr John Sullivan of Clongowes, to give them an Easter retreat. “The only way”, said John, “that I could be free to give the retreat would be if the holidays were extended, which might happen if Clongowes won the senior cup.”

So the nuns wanted Clongowes to win; and what nuns want, they pray for, as though everything depends on God. Meanwhile the two schools prepared for the final as though everything depended on them. Belvedere planned to confuse the opposition by playing only six forwards and nine backs. Clongowes heard of the tactic, and with the advice of international Ernie Crawford, counter-plotted wherever possible to avoid line-outs and opt for scrums.

On Cup Final morning, the Clongowes team bussed up to town with the blessing of Fr John Sullivan: I’ll be praying for you, boys. It looked as though God was not listening to him. Belvedere scored an easy try early on, and failed to convert: 3-nil. They followed up with two penalty goals: 9-nil. Clongowes countered with a converted try: 9-5. That was the score after 70 minutes of play, when the final whistle was due. A Belvedere Jesuit, Jack O’Meara, started from the ground to arrange victory celebrations, but on the way out he glanced back and saw his brother Mick, scrum-half on the Clongowes team, start an attacking move. The final whistle had still not sounded.

In the previous year the authorities had decided that 40 minutes a half was too long for schoolboys, so they shortened it to 35. Just before the match, the Belvedere coach had reminded Mr Bell, the referee, of the new dispensation. But now, with Belvedere comfortably ahead at full time, he seemed to have forgotten: he let play go on.  In these dying minutes, Clongowes passed the ball along the backs to Caraher the wing, who crossed for a try in the corner. The score was 9-8, still in Belvedere’s favour. The conversion was taken from the touchline, and went over the bar, to give Clongowes victory by a point.

Jack O’Meara cancelled the Belvedere victory celebrations, Clongowes extended its Easter holidays by three days, and Fr John Sullivan was able to give the retreat to the Poor Clares. No doubt the mother abbess, and the Lord himself, smiled knowingly over the outcome.

Not so the Belvedere community. They suggested to Clongowes that since the cup had been won in stolen time, it might be shared between the two schools. The Clongowes reply was quoted widely and long remembered: What we have we hold.  Fifty-two years passed before Clongowes won the cup again, in 1978. This time the community’s celebrations were sweetened by a congratulatory gift, bought by your present reporter, of three magnums of champagne from their sister college. The stolen minutes of the 1926 final had finally been forgiven. 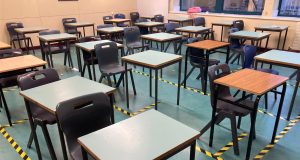 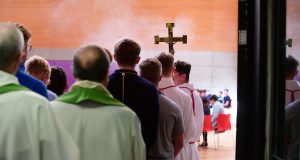 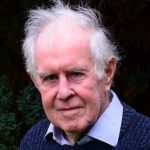 Paul Andrews is currently editor of Irish Jesuit News. He spent many years working in education and in spiritual direction and psychotherapy. He has also written extensively on child psychology, spirituality and Jesuit history.