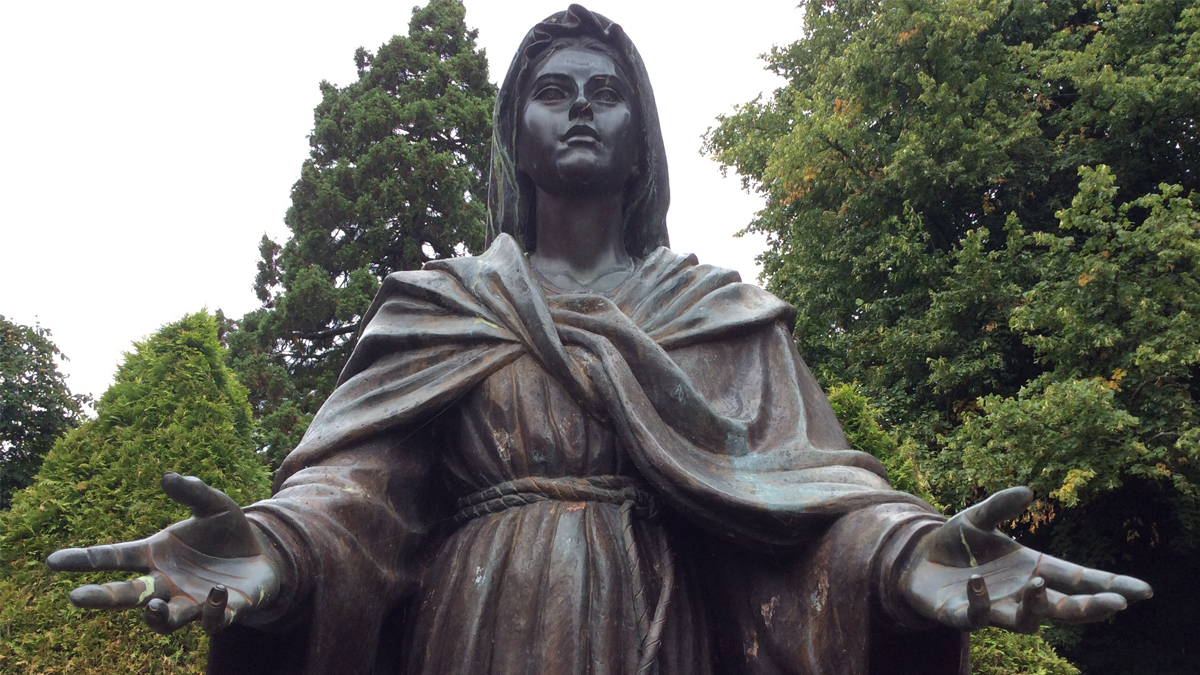 8 September, the day on which we celebrate Our Lady’s birthday, is a huge day for Jesuits. It was the traditionally the day on which many Jesuit novices took their first vows. For instance, it was on the 8 September 1902 that the saintly Father John Sullivan took his first vows in County Offaly.

8 September is the birthday of someone who, as the Bob Dylan song puts it, is “forever young”. In the best sense of the word, the Virgin Mary never grew up: as the prophetic French novelist Georges Bernanos memorably writes, this extraordinary woman is so young that she is “younger than sin”, because she is innocence itself. She always remained a child, totally dependent upon God, gladly receiving everything from God’s hands, and never wanting to be anything apart from Him.

Mary’s spirit is the spirit of childhood, a combination of utter powerlessness and immense confidence. A child is small and helpless, yet isn’t closed in on itself, but delights in the world around it, full of a sense of wonder and trust.

We could all gain a lot by recovering this spirit of childhood, by becoming again faithful to the children we once were. One of Pope Francis’ favourite poems puts this well. It is by Friedrich Hölderlin, and is dedicated to his grandmother. It finishes with the line; “May the man hold fast to what the child has promised.” The child is filled with hope, because it sees beauty everywhere, a beauty that is invisible to sceptics and cynics. Mary had that childlike spirit, that transparency, and that simplicity, because she surrendered herself completely to God.