Mary – how she made a new man of Ignatius 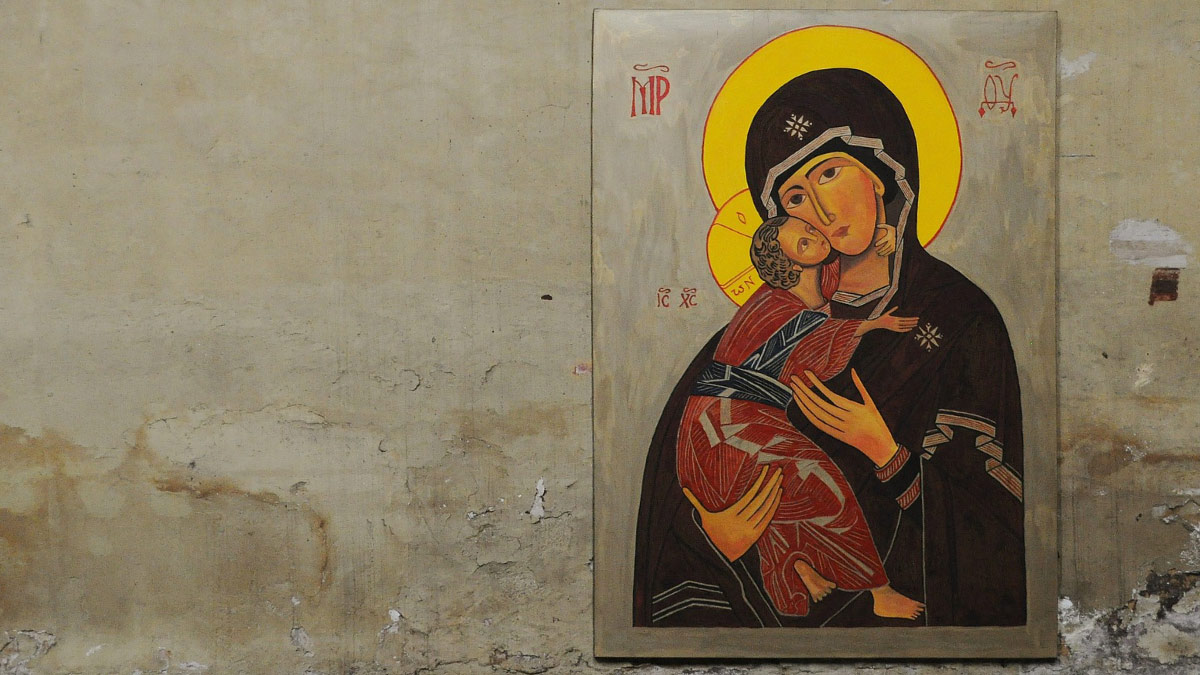 “May is Mary’s month.” That’s how the hugely gifted poet and Jesuit priest Gerard Manley Hopkins, who died at the age of 44 in Dublin, begins his poem ‘The May Magnificat’. The tradition of linking the month of May with Mary did not begin with Hopkins himself. It was the Italian Jesuits of the Roman College (today the Gregorian University) who, over 300 years ago, launched the custom of dedicating the month of May to Our Lady.

As for the founder of the Jesuits, Saint Ignatius of Loyola, he had such a lasting devotion to Our Lady that we could say every month was Mary’s month for Ignatius. Mary played a vital role in the calling and vocation of Ignatius. Long before he was ordained a priest or founded the Jesuits, he had already developed a deep affection for the Blessed Virgin Mary, especially because of a life-changing vision that he had of the Mother of God, which helped him finally to make a clean break with his self-indulgent past. It is fascinating and instructive to reflect upon this early part of Ignatius’ life, culminating in his conversion.

Ignatius, born in 1491 into a Basque noble family, was the youngest of 13. His own mother died soon after his birth. He was brought up by the local blacksmith’s wife, coincidentally called Maria. When Ignatius was 7 years of age, his eldest brother Martin, who had inherited the family castle, married Magdelena Araoz. Magdelena had been a lady-in-waiting to Queen Isabella of Spain. Isabella and her husband Ferdinand are still remembered for having supported and financed the Italian explorer Christopher Columbus on his epic journey to the New World. Columbus set out for the New World before Ignatius was even 1 year old, and interestingly the largest of the three ships in which Columbus sailed was called after Our Lady: the Santa Maria.

Ignatius’ brother Martin and his new bride received a painting of the Annunciation as a wedding gift from Queen Isabella. The painting meant so much to them that they had a new chapel built in Loyola Castle to house this cherished work of art. So from the age of 7, Ignatius would have seen this painting on a regular basis. There was also a statue of the Sorrowful Mother in the castle, not to mention numerous shrines and sanctuaries dotted around the surrounding countryside, including a much-loved shrine to Our Lady of Olaz in the Loyola estate itself.

But all these reminders of Our Lady did not magically make Ignatius into a young saint. In fact, he grew up to be a worldly and vain man, obsessed with stories of chivalry and intent on making a big name for himself. He owed his conversion to a special intervention by the Blessed Virgin Mary, thanks to which he moved from being a lady’s man to being Our Lady’s man, inasmuch as his focus now turned to her Son, Jesus Christ. When Ignatius was wounded in 1521 by a cannonball in Pamplona – in the month of May – and brought back to the family castle, his sister-in-law Magdelena was the motherly figure who welcomed him and nursed him steadily back to health. Ignatius asked Magdelena to provide him with romantic and chivalrous books to read, but the good woman gave him devotional books instead, including a Life of Christ by the Carthusian monk Ludolph of Saxony and the Lives of the Saints by the Dominican James of Voragine. These books played a key role in Ignatius’ conversion. Ignatius was so taken by the Life of Christ that he filled over 300 pages in his copybook with extracts from this book, carefully writing out the words of Christ in red ink and the words of Mary in blue ink. As Ignatius thought of what Christ and Mary had said and done, and as he reflected upon the lives of the saints, a spiritual hunger was awakened inside.

One night as he lay awake, he had a vision of Our Lady with the Child Jesus. This sight filled him with a deep sense of peace. At the same time, he felt intense disgust with his past life. It began to dawn upon him that satisfying his sexual hunger had left him spiritually empty, and lust now appeared as a terribly inadequate substitute for love. He had missed the whole point of life – to love God above all things.

Through this vision of Mary and Jesus, the thoughts that disturbed Ignatius lost their hold upon him, and serenity and peace took their place. From that moment onwards, Ignatius was graced with an inner transformation. Until the end of his days, Ignatius was able to lead a life of chastity without regrets, because he had learned to redirect his desire for intimacy and oneness toward God.

Although Ignatius knew that Mary was only a creature like the rest of us, he also realized that she had been made powerful through grace. And that’s why he kept close to her throughout his life. In return, Mary helped to form Ignatius into an outstanding priest and a master of the spiritual life.

Let’s leave the final words to Pope Francis, himself a Jesuit and son of Saint Ignatius. During a visit to Naples in March 2015, Pope Francis emphasized how big a role Mary plays in the vocations of priests and religious, bringing them closer to Jesus: “How can I be sure I am always following Jesus? His Mother leads us to Him. A priest, a man or woman religious who does not love Our Lady, who does not pray to Our Lady, I would also say who does not recite the Rosary… if they do not want the Mother, the Mother will not give them the Son.”