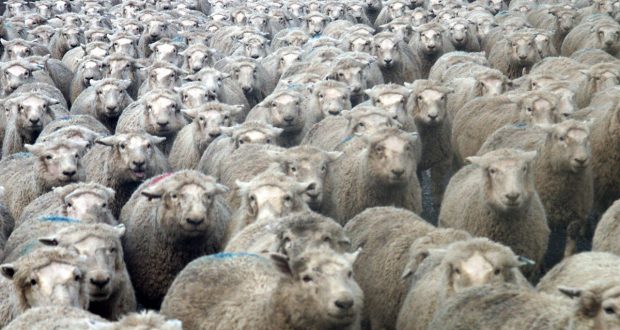 The same master, a hearty, hirsute baritone, taught me Latin and Greek at each stop on the three scholastic terraces, prep, secondary, and college; and, because he looked quite Olympian, if benignly so, to the students in his charge, I am inclined to take seriously his repeat assertion that the good shepherd is a mistranslation of kalos poimenas and is better served by the word “beautiful”.

Goodness, he would argue, has a functional resonance in idiomatic English. It bespeaks expertise and can-do, the wherewithal of craft and competency. The good shepherd is good at his job, and he ought to be. But “beautiful” – which is the usual translation of kalos in other contexts – exceeds the utilitarian to indicate the aesthetic as well, and extends beyond the prudential economy into the prophetic sign. As mercy is the stunning surplus of justice, so too beauty or loveliness is that addition or inflection of the adequate action which makes it luminous with lyrical meaning beyond the mere mental arithmetic of its own practical purposes.

So the Lord shepherds us, which is the literal Greek of the Septuagint translation of the first line of Psalm 23, since the conversion of nouns into verbs is a privilege of the religious imagination; and he shepherds us beautifully, as the exception to every single rule and every single rationale that is promulgated by the sensible secular consensus inscribed in horrid terms like: shared values, general welfare, majority opinion, societal decency, or, most terrifying of all, the common good of humanity.

The man from Nazareth may have been gregarious, but he was Orwellian about flocks long before Animal Farm, and while he may not have known the word “egregious”, which was an occupier’s adjective, he epitomized its implication. His exorbitant concern for the missing (or the suppressed) party is scripturally systematic in both the Hebrew Bible and the New Testament, but it has become socially strategic in the modern multicultural world which sentimentalizes suffering by turning the stripes on our shoulders into epaulettes of officer status, and thereby reconfigures the victim as a victimizer, in a bizarre mutation that disguises the politics of vengeance as the principle of pity.