Some dreams are insubstantial and fleeting, of no great significance for our lives. But there are other kinds of dreams that open up wonderful possibilities for ourselves and for our world. We need to take note of them. It is often only when we advert to them that we recognize their power, and it is often only in committing ourselves to them that we experience their potential for good.

Great leaders invariably have great dreams. Think, for example, of Mahatma Gandhi, Martin Luther King, Helen Keller, Nelson Mandela, Dorothy Day or Ignatius of Loyola: dreamers all. ‘I have a dream…’ said Martin Luther King in his famous speech in August 1963 – a dream of equality, freedom and justice for all, irrespective of race or colour. That dream was a costly one: it cost him his life. But, despite all the pain involved, his dream bore fruit in bringing about radical changes in the United States itself, and it still inspires people around the world today to commit themselves to work for justice and reconciliation.

Ignatius Loyola too discovered his dream in life, way back in the sixteenth century. A man of action by nature, he was immobilized after his left leg was shattered in battle. His lengthy convalescence forced him to take stock of his life, and he found that his real dream was not for honours and material success, as he thought, but for something much greater: to help bring about Jesus’ dream for our world. And so he set out on a journey of discovery, in order to determine what that might mean for him. Years later, after much trial and error, he gathered around him a group of like-minded people, and so began a new phase of his dream, one that lasted well beyond his own death and that continues to this day in the order he founded, the Society of Jesus (Jesuits).

We should never underestimate the power of our dreams. Martin Luther King, Ignatius Loyola and the others allowed themselves to dream big, and by taking up the big challenges of their day, changed the world. Are you willing to dream big, to let yourself be inspired to respond to the challenges of our day? Few people are called to be another Martin Luther King or Ignatius Loyola, but all of us are called to find the big dream in our heart and to spend our lives in pursuit of it. What is your dream?

Our deepest fear is not that we are inadequate. Our deepest fear is that we are powerful beyond measure. It is our light, not our darkness that most frightens us. We ask ourselves, Who am I to be brilliant, gorgeous, talented, fabulous? Actually, who are you not to be? You are a child of God. Your playing small does not serve the world. We were born to make manifest the glory of God that is within us. It’s not just in some of us; it’s in everyone. And as we let our own light shine, we unconsciously give other people permission to do the same. – Nelson Mandela

Jesus said: The Spirit of the Lord is on me, because he has anointed me to proclaim good news to the poor. He has sent me to proclaim freedom for the prisoners and recovery of sight for the blind, to set the oppressed free, to proclaim the year of the Lord’s favour. – Lk.4:18-19 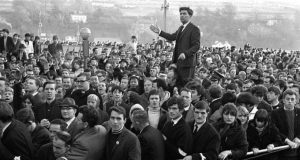 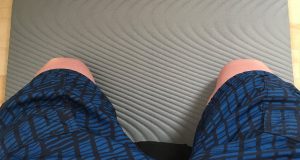 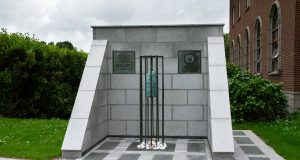