Restoring the lost art of listening 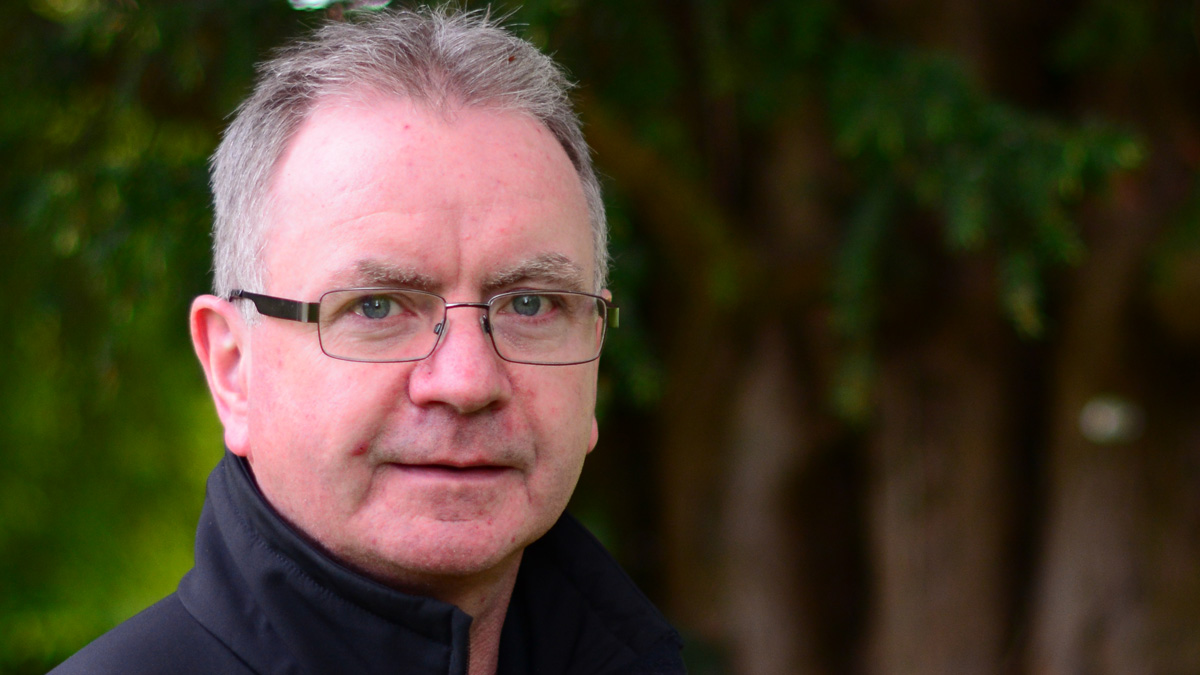 Brendan McManus SJ has moved to Belfast in recent years as part of the Jesuit’s Northern ministry. During that time the Fermanagh born priest has seen his own ministry in Spiritual Direction grow strongly. He now sees twenty people a month as well as working in Spiritual Direction with a number of priests in the Raphoe diocese in Co. Donegal.

He recommends the Jesuit-tested Spiritual Direction process to everybody as a one-on-one confidential ministry that helps people to develop a closer relationship with God in an authentic way.

Brendan benefited from Spiritual Direction himself when he worked as an interface designer for Hewlett Packard in Australia. Upon regular meetings with a Jesuit, he was able to get out of his ‘yuppie’ lifestyle to reach a great sense of happiness. Ultimately, even though it meant breaking up with his girlfriend, he joined the Jesuits and engaged in fruitful study, training and work in places such as Columbia, Dublin and Galway. He returned from Canada last November where he completed his training as a Spiritual Director.

There are a few key factors of Spiritual Direction and firstly Brendan helps people to listen to where God is in their lives. He says, ‘listening has become like the lost art’ and that there is ‘a little quiet revolution…that allows people to tap into the huge source of energy and love in their lives’. Secondly, the ‘discernment of spirits’ is used , which means tuning into consolation (an increase in hope, joy and love) and desolation (an absence of God, emptiness and dryness). Thirdly, directees are helped to make good decisions with an emphasis on freedom of choices. ‘The most important decisions are made in the heart’.

Brendan sums up this whole process as objectifying the subjective: ‘Reflection enables you to look back, with a little bit of objectivity, and then having a Spiritual Director helps you to put things outside yourself, letting someone else see your inner experience, someone who can see it much more clearly than you can’. There is much wisdom in this and it helps people to move forward spiritually. The 53-year-old maintains that Saint Ignatius Loyola was an authority on ‘inner experience’ when he provided Spiritual Direction to the early Jesuits.

In his work Brendan serves a mixture of priests and lay people, employed and unemployed and encourages them to ‘Step outside of a safe place to see what Christ is inviting you to’. Spiritual Direction is based on scripture and personal prayer is strongly recommended. Questions are asked such as ‘How does what happens to you in your everyday life affect your prayer?’ or ‘Have you thought about bringing that to God?’  He says that the core of Ignatian spirituality is the miracle that ‘God is with us always’. He goes further. ‘The Spiritual Director or the person listening or the companion is not giving the answers. The paradox is, it’s not me as a director who’s going to fix this’.

In the beginning of the direction session there is a prayer for the grace that whatever is going to happen will happen and so that the Spirit (the ‘third person’ in the room) will be able to work. The Jesuit says that every time he does this it works. ‘I see it working right in front of my eyes…being of service to people, despite myself. It’s a very privileged job, it’s a lovely job, it’s a real delight’.

The Fermanagh born priest jokes that his move to do more work in Donegal began as a set-up. Priests were asked if they would like to see him after he gave a seminar on self-care with another priest from Belfast. On another note, he says, ‘I’ve a lot of sympathy for priests at the moment’. He says that the demands on them are huge, stress is a reality and they often live alone. He tries to support them in their spiritual life and help them get around distractions and find time to pray in their busy day. He hopes that there will be a ripple effect in working with these leaders of the community and that helping them to see how powerfully God is operating in their lives will in turn help them to help others.

The person who wants to become a Spiritual Director or Spiritual Accompanier needs to do a two-year course over a number of weekends at spirituality centres such as Manresa (Dublin), Tearmann Iognáid (Galway) and Drumalis (Antrim). Brendan says the purpose of this training is to fine-tune your listening skills and to develop your self-knowledge. It is essential, he says, to put yourself out of the picture and let God work through you. He reports that one Presbyterian minister in Belfast who did the course in Manresa has started his own tailored work in accompaniment now. He provides Spiritual Direction for his community and Brendan really welcomes this. ‘Since Spiritual Direction is based on scripture, a lot of Christians, not just Catholics, see the benefit of it.’

Brendan suggests the Examen prayer (review of the day) to most of his directees for the development of their spiritual lives. This communication with God can be divided into five steps: gratitude, petition, review, forgiveness and renewal. ‘It’s really helpful to pick up those little moments of light from God that crop up during the day and if you’re not attentive you could easily miss them’. He says, ‘It’s an ongoing step by step process that increases attentiveness and helps people tune into God’.

The Jesuit priest’s life experiences have encouraged him to let go in a very raw, real way. His brother Donal died by suicide in 2005 and this event severely challenged him regarding his understanding of God. In 2011, he walked the Camino de Santiago pilgrimage in Northern Spain to remember Donal. He walked 500 miles in five weeks and suffered five injuries! It was only at the eleventh hour on a peninsula at the end of his walk that he truly ‘let go’. He went for a swim afterwards and it felt like he was‘washing away years of grief’. He reminds us that St. Ignatius was ‘the ultimate pilgrim, who walked around Europe begging and asking people for food and accommodation and trusting in God’.

Similarly he learned that once he was able to make the shift and hand over everything, then God ‘weighed in really big.’ His Camino journey also spurred him to write the book Redemption Road, in which he recounted the process of walking long and tough distances whilst holding the memory of his brother Donal in his heart. As he did so, his Jesuit training in Ignatian Spirituality took on new meaning and relevance for him. There is also a two-page section at the end of the book describing a ritual that others bereaved by suicide might adapt and benefit from. ‘The ritual is about handing over to God what you need to let go of in order to heal, and God knows there’s a lot of healing needed in the world’.

Brendan hopes to stay on in Belfast for a little bit longer and he prays for God to continue to work through him in his ministry,  reaching out beyond the devoutly religious. ‘The irony is that in our post-modern world, it’s all about the inner experience… so spiritual direction is particularly suited to a modern generation’.

Footnote: If you wish to avail of Spiritual Direction, you can contact Manresa Jesuit Centre for Spirituality.

It pays to make a mess!