Caring for Our Common Home: The Jesuit Response 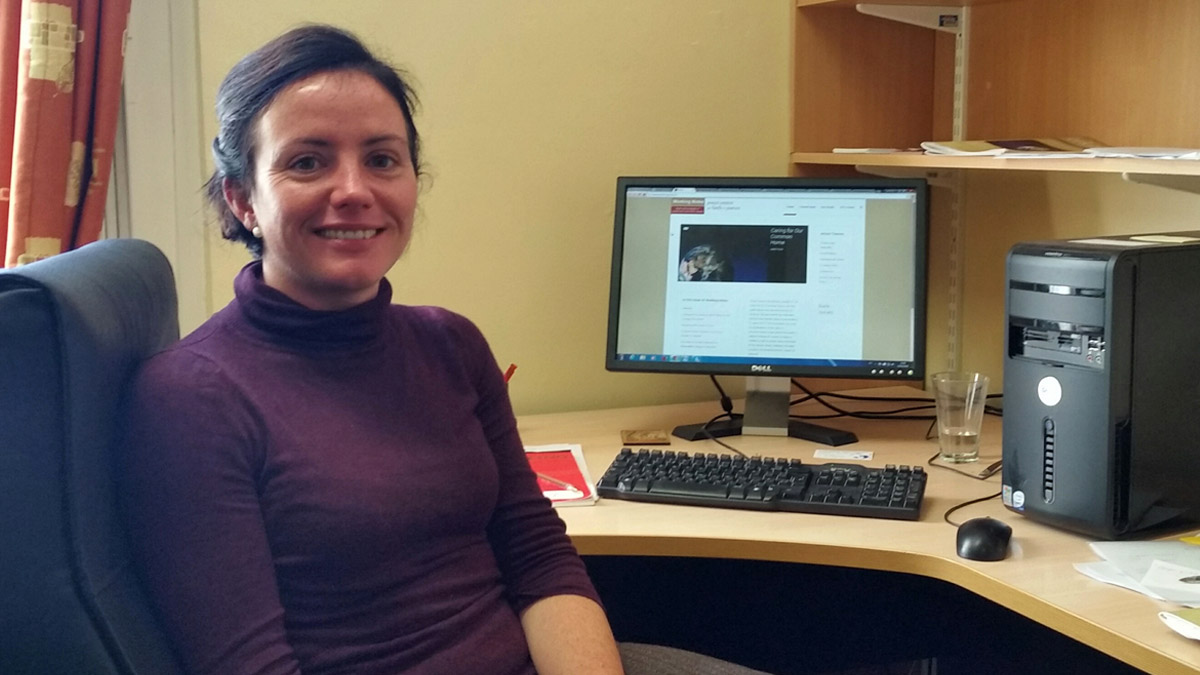 Jesuits, and their colleagues  from different works along with staff from Jesuit schools, gathered in Milltown Park on 9 March to discuss how best the Jesuit Province in Ireland could respond to the urgent problem of climate change and environmental degradation.

Catherine Devitt, environmental justice officer with the Jesuit Centre for Faith and Justice, presented evidence to show that climate change is already happening and those who contribute least in terms of levels of greenhouse gas emissions, will be affected most by climate change impacts. She highlighted that the time available for action to prevent dangerous climate change levels is quickly diminishing, and there is now a moral, social and political urgency to respond.

Throughout the presentation, Catherine referenced Laudato Si’, emphasising in particular Pope Francis’ call for a “profound interior conversion” and an “ecological conversion, whereby the effects of [our] encounter with Jesus Christ become evident in [our] relationship with the world around [us]. Indeed, as Christians, “Living our vocation to be protectors of God’s handiwork is essential to a life of virtue; it is not an optional or a secondary aspect of our Christian experience” (L.S., 2017).

Catherine also highlighted the plight of many of the other species and habitats we share our Common Home with – pointing in particular to our reliance on these systems for our very existence, and, at the same time, our role in contributing to ecosystem decline.  As well as the social and ecological implications, this decline has significant moral and spiritual affects.

“The great majority [of species] become extinct for reasons related to human activity. Because of us, thousands of species will no longer give glory to God by their very existence, nor convey their message to us. We have no such right” (L.S., 33)

Quoting from Pope Francis’ address to the United Nations Assembly in New York (September 2015), Catherine emphasised how “every creature, particularly a living creature, has an intrinsic value, in its existence, its life, its beauty and its interdependence with other creatures”, and therefore, “any harm done to the environment, is harm done to humanity” (Pope Francis, Address to the UN Assembly, Sept. 2015).

Following the presentation, John Guiney SJ, Director of the Jesuit Centre for Faith and Justice, who chaired the evening, invited those present to reflect on the presentation and discuss, within small groups, what responses might be possible for the Jesuit Province in Ireland.  A lively and beneficial discussion followed.

Going forward, this was the first of a number of events aimed at developing a vision and response for the Jesuit Province in Ireland towards climate change and wider environmental issues. For more information, contact Catherine Devitt, Jesuit Centre for Faith and Justice [email protected] or Tel: (01)855 6814.

Amoris Laetitia – “Everything is not black or white”

Towards a zero-waste lifestyle

Is environmental destruction a sin?

Business and the Earth

‘We need the testimony of lay people’