SpIRE goes from strength to strength 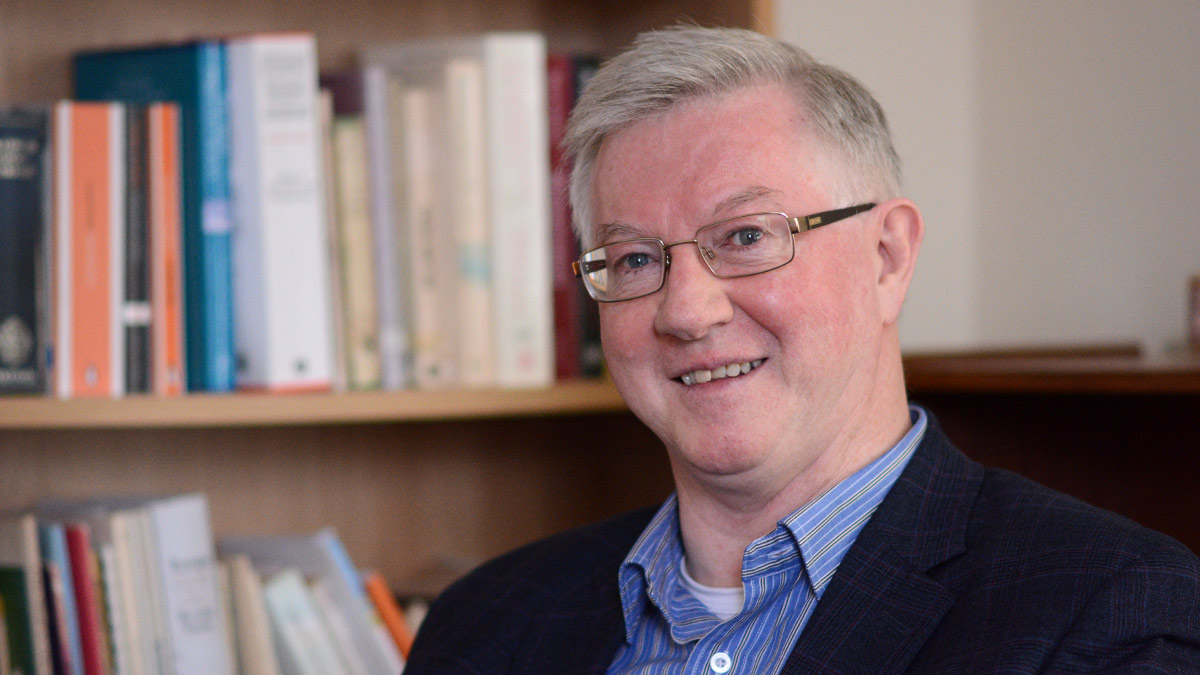 The new Spirituality Institute for Research and Education (SpIRE) will offer an MA in Spirituality beginning on 15 August. The programme, under the auspices of Waterford Institute of Technology, (WIT) will be delivered at Milltown Park.

The Excecutive Director of SpIRE, Dr Michael O’Sullivan SJ, is delighted that SpIRE will be involved in the delivery of the MA at Milltown Park. He himself was director of the MA in Spirituality in All Hallows College from 2010-15. Since the closure of All Hallows was announced in 2014 efforts were made to explore if the programme could be continued at another institution. Waterford Institute of Technology (WIT) expressed their strong interest and welcomed the possibility that the programme could continue to be delivered in Dublin.

Michael O’Sullivan says the new accreditation by WIT will ensure that the programme continues to offer graduates an excellent postgraduate qualification in the area of Christian Spirituality. He cited the international external examiner who at the end of his four-year term wrote in his report that the programme “takes academic rigour very seriously and takes at heart the individual needs of each student. The high level of research produced is to be attributed not solely to the high quality of students that the programme is able to attract but also, and maybe more so, to the philosophy of mentorship and to the attention given to both the cognitive and affective development/achievement of each student”. Testimonies Michael has received from students, who come from all over the world, also show how important it is to keep the programme going.

SpIRE continues to go from strength to strength as it expands its range of public lectures and courses on spirituality related topics during 2016. After the success of its Autumn lectures the institute is now turning its attention to the promotion of its Spring series of events. These include a lecture on the spirituality of Dag Hammarskjöld with Dr. Roger Lipsey in Gonzaga College on Saturday 20 February, and a lecture the spirituality of Virginia Woolf by Prof. Stephanie Paulsell in the Jesuit Conference Centre, Milltown Park on Tuesday 8 March.

The presenters of these lectures are well-known internationally in the field of Christian Spirituality studies. Dr. Roger Lipsey is the American author of Hammarskjöld: A Life, the acclaimed recent biography of UN Secretary-General Dag Hammarskjöld, while Prof. Paulsell is Professor of the Practice of Christian Studies at Harvard Divinity School, Harvard University and author of a forthcoming book about Virginia Woolf. The upcoming lectures have attracted interest with Michael Comyn of RTÉ Radio 1 requesting an interview with Prof. Stephanie Paulsell for his ‘Leap of Faith’ programme broadcast on Friday evenings.

Michael is encouraged by the positive feedback regarding SpIRE that he has received through many channels including their Facebook page. SpIRE’s new website is currently in development  and is expected to go live before the end of February.

Michael O’Sullivan is also involved in networking and leadership roles on boards and committees here and abroad. This includes promoting the study of spirituality through conference papers and publications. His paper ‘Spiritual Capital and Authentic Subjectivity’ which he gave to the first international conference of the European Network for the Academic Study of Spirituality held in Zurich has been recently published in the book Sacrality and Materiality – Locating Intersections. His opening address on ‘Holistic Health Care and Spiritual Self-Presence’ delivered at the TCD School of Nursing and Midwifery’s first international conference on Spirituality in Health Care last June has been published in the online journal, Religions.

The spiritual power of poetry

The transformative power of spiritual capital

Spirituality and the professions

Christianity and the oppression of women