Brother Éamonn Davis SJ will be 89 years old this May, and he is still going strong working as a chaplain in Belvedere Collge SJ. In this short film, he talks about his life, his joining the Jesuits, his love both for the local people of the inner city and for the Belvedere students who worked with him down the years in the St Vincent de Paul Society in the school.

Past pupils and present-day staff pay tribute to this man whose energy and enthusiasm seems boundless. Br Éamonn runs the swimming and life-saving club in the school. He takes the students to Lourdes annually, where they look after the sick. And when he needs a summer holiday he heads off to America to work in an outdoors youth project with disadvantaged young people, before returning back to Belvo for another school year. They speak about his commitment to the excluded and those on the margins, quoting one of his sayings they never forgot –”You won’t get into heaven unless you’ve a passport from the poor.”

Br Éamonn speaks about the mysterious way God was at work in his long life, when he was led towards his vocation to join the Jesuits, and particularly when he was sent by Provincial Joe Dargan SJ to Belvedere at the age of 53. He is a special man, a man of prayer who is deeply loved by all who know him. Hence the willing co-operation of Belvedere College and Irish Jesuit Communications in making this film as a fitting tribute. 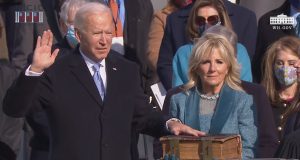