Environmentalists around the world are waiting in trepidation for Donald Trump’s announcement regarding his position on the Paris Agreement. When Trump met recently with Pope Francis the pontiff presented him with a copy of his letter on caring for the earth, Laudato Si.  It remains to be seen if the US President has read it and whether or not it will have impacted on him. His track record on environmental issues is far from green.

In light of Donald Trump’s meeting with Pope Francis, Irish Jesuit philosopher Pat Riordan offered advice to Pope Francis from the first Bishop of Rome, Saint Peter, whilst preaching in his Parish of Cricklewood, London. In this interview with Pat Coyle of Irish Jesuit Communications, Pat explains how he drew on advice contained in the First Letter of Peter for his homily, advice that could be very important given the disparity on many issues between the Roman pontiff and the US President.

One major disparity concerns the Pope’s position on ‘caring for our common home’ and Donald Trump’s understanding of climate change and the green agenda. Pat addresses that and also other issues of contention between the two leaders including the promotion of world peace, and treatment of migrants and those in need of assisted healthcare.

When asked if he thinks that the President will have really listened to the Pope, Pat responds: “I think Pope Francis of course speaks with great moral authority, but the people who have real political influence on Donald Trump are the voters and indirectly the representatives of the voters in the Congress and in the Senate. What Pope Francis is doing is adding moral weight to their concerns… But in the meantime I think we can rely on the inherent wisdom of the American political system to cope with the amazing phenomenon that is Donald Trump”. 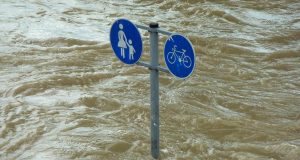 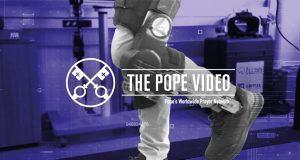