An tAthair (Fr) Connla Ó Dúláine died peacefully at Cherryfield Lodge nursing home in Ranelagh, Dublin on 10 January 2021. Archbishop Michael Neary of Tuam sent a letter of condolence to his Jesuit brothers and recognised Connla’s wonderful life as a Jesuit. Fr Murt Curry SJ, homilist at the funeral Mass in SFX Gardiner Street on 13 January, spoke of how Connla brought a world vision to all his work and had lived an energetic life of 90 years.

Born in 1930, Connla was raised in Dublin where he attended Scoil Cholmcille and Belvedere College SJ before entering the Jesuits at Emo, County Laois in 1948. Upon ordination, he taught Irish at Coláiste Iognáid SJ in Galway City followed by many years teaching and ministering on Inis Mór, the largest of the three Aran islands. He was very much associated with Galway, the Connemara Gaeltacht, the Aran Islands and the apostolate of the Irish language.

Fr Murt Curry SJ is rector of the Jesuit community in Galway who knew Connla for many years. Speaking at the funeral Mass, he said:

“Connla lived a very full and varied life. He had a world vision. He was not limited by circumstances of where he was physically or geographically. He was a man of inspiration, unafraid to lead or do whatever he thought of at each moment.”

Fr Curry referred to a story when Connla brought young students to a foreign language film, inviting them to see cinema through a unique lens. He stood up in front of the screen and gave the students an explanation of the film and its director. “He was full of inspiration,” said Fr Curry.

Fr Curry spoke of Connla’s immersion in the Irish language and culture while maintaining a keen interest in an array of art forms. He was a positive influence on many students, initially in Galway City and then in Inis Mór. Fr Curry said:

Fr Curry went on to say that when Connla was teaching he tried to bring that world vision to the people of Inis Mór and to the students who may not have experienced it otherwise.

Fr Curry expressed both sadness and hope at the same time. He said:

“Connla has gone from us now leaving a lot of sadness, but I am certain that his God and our God will welcome him with the words, ‘Well done good and faithful servant. Enter into the kingdom of the Lord.'”

In his letter to Fr Curry and the Jesuit community, Archbishop Michael Neary of Tuam conveyed his deepest sympathy and support of his prayers. He wrote:

“Many years ago I visited Connla in hospital and given how seriously ill he was at that time, I never expected that he would be discharged.

He was discharged, and went on to continue providing sterling service to his beloved people of Inis Mór. We regarded him as one of our own and a true and loyal friend.”

In his later years, Connla was a writer and editor of An Timire and continued his commitment to the Gaeltacht apostolate. He first moved to Cherryfield Lodge nursing home in 2016 where he had plenty of visitors. This included contact with his sisters and wider family during his last week.

An tAthair Connla Ó Dúláine was buried in the Jesuit Plot in Glasnevin Cemetery on 13 January. He is survived by his four sisters and many nephews and nieces. 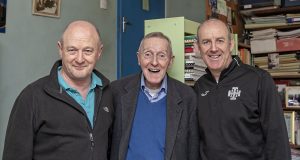 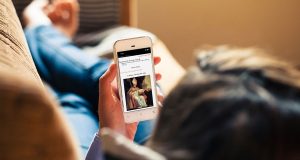 The Breviary i nGaelige on Universalis