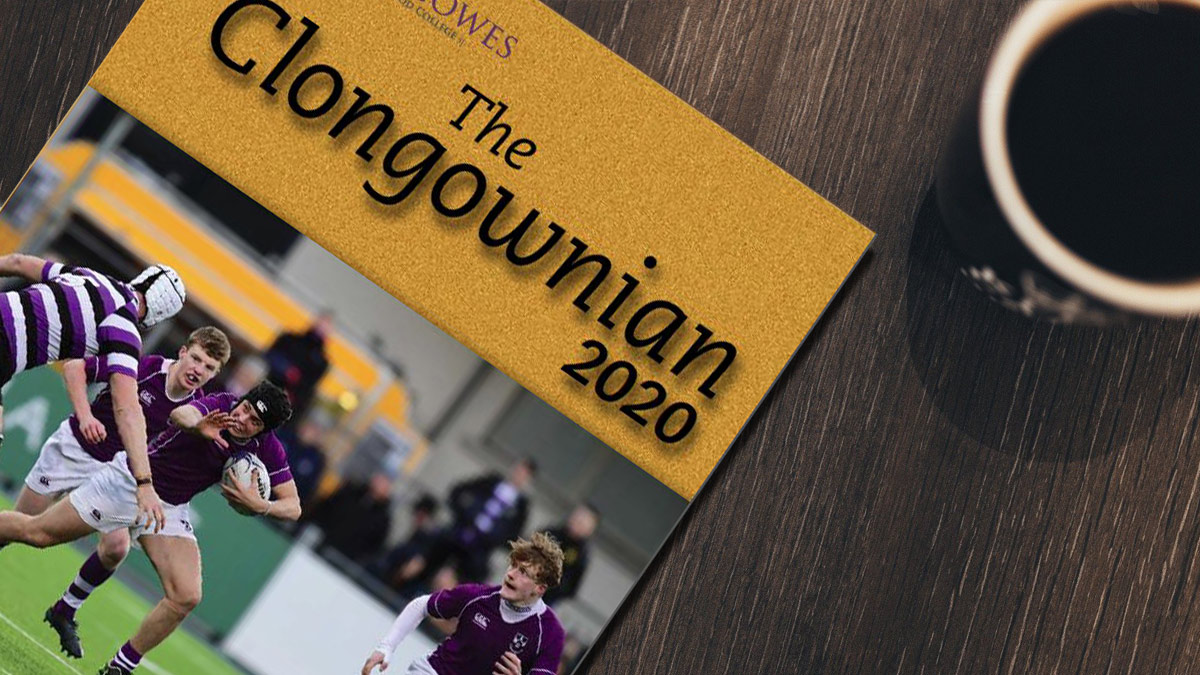 This year marks 125 years of The Clongownian, which has been published without interruption since its launch in December 1895. Historian Declan O’Keeffe has been editor of the Clongowes Wood College annual journal for 20 years. Below he writes about this year’s edition and the 125-year history of the publication.

Last week saw the arrival of the much-anticipated latest issue of the annual (and historic) journal The Clongownian in Clongowes Wood College. This venerable publication first saw the light of day some 125 years ago, when it was launched in December 1895 by Mr William Doyle SJ and has been published without interruption ever since. Initially, it appeared in two installments, dated December and June, but they were unified into a single annual volume in 1902 and that format remains today.

Each year The Clongownian attempts to reflect the breadth of activity in the school, be that academic, cultural, pastoral, religious, or sporting and this was largely true of the academic year, 2019-20. The difficulties occasioned by COVID-19 saw the school close on March 12th but a great deal of activity had already taken place and is faithfully recorded in this volume, which is not nearly as slim as initially feared. Next year will be a different matter, with very little co-curricular activity to record but it is our intention to use this lacuna to cast an eye back over the first 125 years of the journal as a prism through which we may trace the growth and development of it and the school that gave it birth as they have moved from the nineteenth-century to the twenty-first.

Since its foundation, The Clongownian has always published feature articles, which touch on aspects of the college’s long history and many distinguished alumni, and the current issue is no exception. Scholarly articles recount the roles played by Old Clongownians in the Second Dáil and the career of Chief Baron Christopher Palles, former Attorney General, the longest-serving judge in the history of the common law world, and now the subject of The Palles Legacy Project in the Sutherland School of Law in UCD.

Homage is also paid to the late Philip Fogarty SJ reforming Headmaster of Clongowes (1976-1987), who may truly be said to have lived the Jesuit vision. One of Philp’s many legacies to Clongowes was the twinning of the college with Portora Royal School in Enniskillen at the height of the troubles in 1980, and the continued success of that initiative is also recalled in this volume.

A very limited number of copies of this historic issue is available and may be obtained by sending a cheque for €50 (incl p&p), made payable to Clongowes Wood College, to The Editor, The Clongownian, Clongowes Wood College SJ, Clane, Co Kildare. All proceeds will go to the Alberto Hurtado Bursary Programme.