Andrew Bates, a former Belvedere student, is taking a 1990 Toyota Starlet across 10,000 miles of every kind of terrain, as he and his team make their way to Mongolia. They hope to raise €5,000 for a number of charities.

In December of 1995 I found myself hanging out the open door of a crowded train as it made its way across a strange countryside full of palm trees and people making fuel from cow dung by the side of the tracks. I was 17 years old and had spent the past two weeks in Calcutta as part of the first group of 5th year students from Belvedere College who had travelled to India to work in local schools and experience another side of this world.

This experience was a powerful insight into how many of the people on the planet live, and in those three weeks we caught glimpses of intense tragedy alongside complete happiness. We found that India was much more than a crowded, dirty poor country; it was a place of one billion people with one billion stories.

What that trip in 1995 left me with was a thirst to explore more of the world and a profound appreciation of how lucky I was to be born in a country such as Ireland. Since then I have travelled through many different countries and even returned to India. There are two things that I have found to be generally true: people are generally good, and there is a reward in pushing beyond what you are comfortable with. Last summer I sat on a bus in Mexico watching a gorgeous countryside pass by outside my air-conditioned windows and decided that my next adventure would be a road trip with my own transport. While debating some of the different possibilities, I heard about the Mongol Rally. This had it all: a 10,000 mile journey, strange countries I had to look up on a map, and it was all to raise money for a variety of charities. I had to do it.

The concept is simple: take any car with less than 1000cc and drive from Hyde Park in London to Ulan Batar in Mongolia. As part of the entry requirements, each team must raise a minimum of £1000 for charity. That’s it. No support crew, no specific route and no detailed rules. The reasoning behind the engine size limit is to force people to use cars that are, in the words of the organisers “highly unsuitable” in order to ensure that it will be an adventure. Sure, if it was a Land Rover all we’d have to do is remember to put fuel in the tank! There is no prize for arriving first, this is about the journey rather than a race.

There were 200 places released for this year’s rally and they were snapped up in seconds – eight seconds to be precise so we were feeling pretty lucky from the start. My team consists of four people in two cars – two primary school teachers, Jean and Careena, and two engineers, myself and John. We’ve had various reactions from people when we’ve told them about this, some think we’re mad, however when I told my 85-year-old grandmother she was so taken with the idea that she gave us her old 1990 Toyota Starlet to do the trip in!

A massive convoy of 200 cars would create a distance between us and the places we travel through so each team is free to choose their own route in order to keep people spread out. We decided to go for the southern route which will bring us through Turkey and Iran. Our route then brings us north through Turkmenistan, Uzbekistan and Kazakhstan into Russia before entering Mongolia. In total it’s about 10,000 miles and with luck there’ll be paved roads for at least 6,000. If all goes well we will arrive in Mongolia in late August after six weeks of driving and will be only delighted to stay in one place for a few days!

The rally begins on the 21st of July but in these months running up to it, there’s nearly a full time job in getting everything sorted out. We have eight visas to get, four of which are for countries without embassies in Ireland. We are aiming to raise €5,000 in cash for the charities Mercy Corps, Send a Cow and the Christina Noble Foundation. This will come from a mix of companies such as Coca Cola (our first sponsor so far) and individuals. We are also hoping to cover some of the rally costs such as car preparation, equipment and ferries through sponsorship. So far we have had a great response on this front with companies such as McCabe’s Toyota garage helping get our mighty little hatchback back on the road.

Many people ask us what will happen if we break down? The real question is not ‘if’ but ‘when’. Last year 167 cars left London and 166 broke down at some point along the way. Breaking down is part of the challenge in this event, if it was easy and all we had to worry about was filling up the petrol tank then it would lose part of its allure. In a typical year, a little over half of the cars manage to make it to the finish line. We’ve done some basic preparation of the cars to try and avoid them breaking down in ways we can’t fix but the most important thing is to have is a belief that whatever happens, there’s a solution out there somewhere. 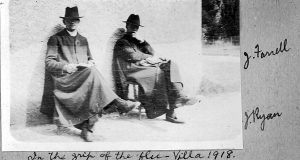 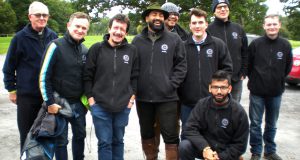