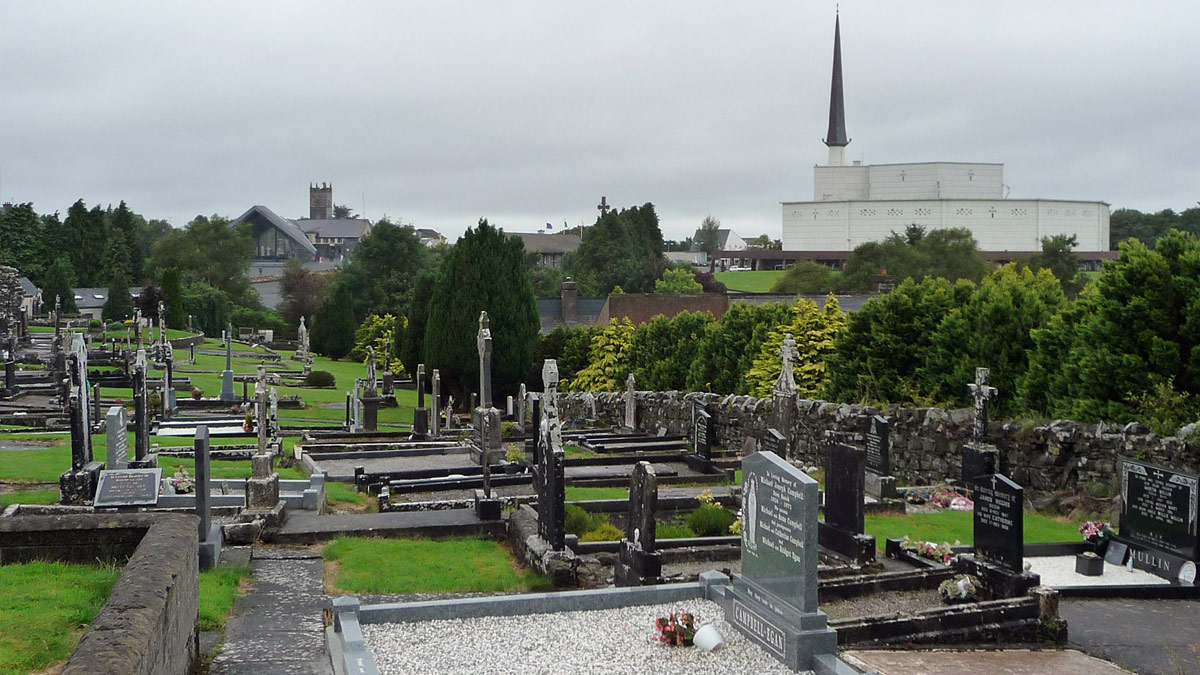 Brian Grogan SJ gave the first of four talks via Zoom, for Knock Shrine on Wednesday 4 November 2020 at 8.30 pm. The talks are all centered on the theme of life after death, the possibility of it, and what we might dare say about it.

The title of each talk sums up his theme for the night. The first was on ‘Christian Hope in a Doubting World.’ (See video above or read more below.) His second talk, which will be live-streamed on Wednesday 11 November, concerns ‘The Stubborn Evidence for the Resurrection of Jesus.’

Brian says he hopes that his conversational contribution to reflecting on the Christian vision of life after death will be helpful to all those who view the videos or read his notes. He says that such reflection might enrich this month of November for people in Knock and elsewhere who are remembering loved ones who have died or are simply thinking about their own death one day.

To this end, he poses a number of questions to those taking part. “Where are you on this issue?” he asks. “What are your own personal thoughts on life after death?” He points out that we are told Jesus came into this life to destroy death. “If we believe this then what are we to make of death itself? ”

Perhaps some are more concerned about getting their family affairs in order than they are about the afterlife, he suggests, offering the real possibility that we are more often than not in denial about death.

Speaking personally, Brian says that he chooses to believe in the resurrection of the dead – “though that belief gets tested from time to time,” he admits. “I respect those who don’t believe,” he adds, “and for their part that’s a belief too. It’s hard work to believe!”

Nonetheless, he asserts, the Christian gift is a confident, cogent, and reasoned belief in the afterlife, which explains the hope we have as Christians. You can download Brian’s notes for his first talk here »

The third talk in this series will be live-streamed on Wednesday 18 November. It is entitled ‘Death as Joyous Homecoming’. The fourth and final talk, ‘God’s Project for the World’, will be streamed the following Wednesday. You can also access his videos and notes here on Jesuit.ie after they are broadcast from Knock.

Brian has written a number of items on the mystery of life after death: Where to from Here? The Christian Vision of Life after Death (2011), and To Grow in Love: A Spirituality of Ageing, Dying, and Glory (2017).

He says he has had a lifelong scholarly interest in the issue of life after death and has been long involved in Adult Faith Formation. “Now that I am older, that interest has shifted from a notional to a real concern, as Newman would say!”

Thirty years ago Brian became involved in the work of Knock Shrine and helped develop the Prayer Ministry there which he says is now called, “the mystical dimension of our faith: the awareness that we are limitlessly loved by God and invited into a deep divine relationship which carries us through life and death into eternal life.” For Brian, that is the inspiration for these talks.

Death as the path home