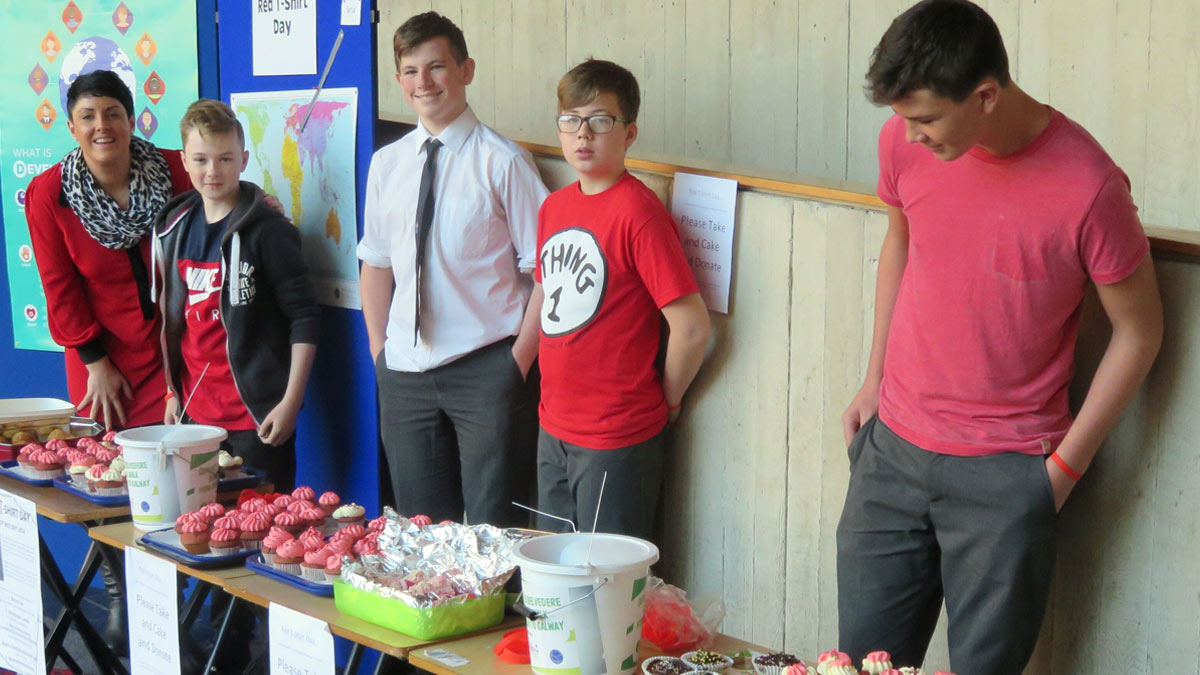 Belvedere College held a special day of fundraising on 30 September, called ‘Red T-Shirt Day for Refugees’. It was inspired by the red shirt worn by the young Syrian boy, Aylan Kurdi, in the shocking photo of him washed up on a Turkish beach in early September. The fundraiser was the brainchild of Belvedere past pupil Bernard Dunleavy, and it was designed both to raise funds and to show solidarity with the refugees suffering in the biggest humanitarian crisis of this century.

On Wednesday September 30th, from very early in the morning, staff and students began arriving to Belvedere wearing Red T-shirts. In many other schools across Ireland and other parts of the world people did the same. The idea went viral on Twitter and Facebook, and thousands of people took part. See #redtshirt and https://goo.gl/KXBhZy for more details.

The school began a fundraising initiative by receiving donations from staff and students as they came to school. There was also a cake sale in the school foyer area, which included in its stock for sale some cupcakes with red icing on top, baked by students from Home Economics classes. All proceeds collected are in aid of the work of Jesuit Refugee Services who are co-ordinating a response on behalf of the Irish Jesuit Province in partnership with the Irish Jesuit Mission Office. They are linking with JRS International, which provides support to people fleeing danger in Syria and other violent places. Over €1,500 was raised on the day.

As part of the event, all 1,000 students participated in an information talk about the background to the crisis, facilitated by David Moriarty (JRS Ireland) and Brid Dunne (Irish Jesuit Mission Office).

A spin-off from the day is that a group of 3rd year students have since decided to run, walk and cycle the distance it would take to cross the Mediterranean, but on a treadmill and bike machine in the school gym. Again, all proceeds raised will go towards JRS.

Taking a stand at the Ploughing Championships

Cautious welcome given to Climate Bill

‘Shared dream for a better world’