Belvedere winning team ‘on the money’ 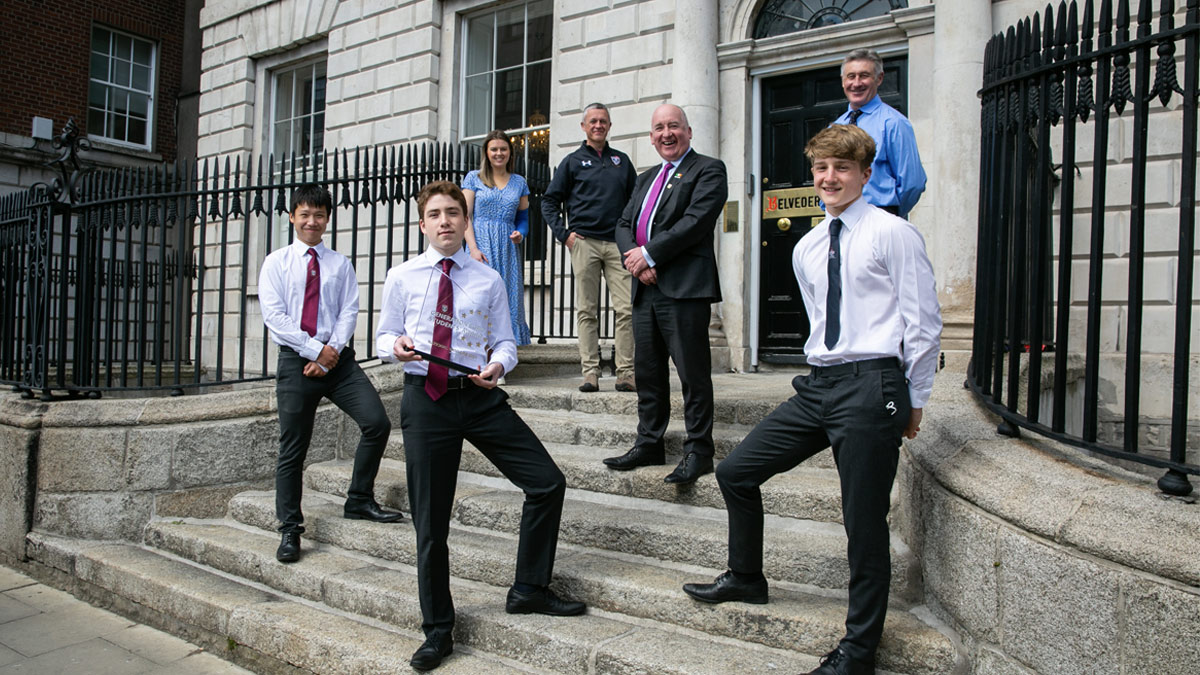 Students are asked to predict key interest rates in the eurozone using monetary and economic analysis. The school competition, run by the Central Bank of Ireland in association with the European Central Bank, challenges Transition Year and 5th Year students to design monetary policy.

Garret Molloy was the Captain of the Belvedere team, which included students Paul Flanagan and Vincent Lin.

The competition ran over three qualification rounds, beginning with a quiz. The team then had to submit a monetary and economic essay including their prediction of the European Central Bank’s upcoming interest rates decisions. Then at the national finals, the top three teams battled it out, making their presentations to chief economists at the Irish Central Bank.

The other finalists who gave the Belvedere lads a run for their money included students from Coláiste Ghobnatan, Cork, and Killorglin Community College, Kerry,

The presentations usually held at the Central Banks premises were virtual, says Garret Molloy. He added: “Our team used Artificial Intelligence and deep neural networks to predict the interest rates decisions validating their economic and monetary hypothesis. The judges ruled this unique perspective as a deciding factor in clinching victory from the other national finalists.”

Commenting on their win, team member Vincent Lin said, “Economics has always had this air of complexity around it, and is thought to be very intricate and complicated.” While this may be true, Vincent felt that after doing the ECB project, “we learned that everything is built from simple fundamental blocks of logic, albeit sometimes masked behind big words. It was very enjoyable to get to apply what we learned in class to the real world and see the factors all interacting and concepts playing out in actuality.”
It has been “a fantastic six months”, according to Garret, who paid tribute to the team’s economics teacher Caoimhe McCormack for her “unwavering commitment to the team and project, even zooming in virtually to our calls after breaking her arm!”

For her part, Caoimhe McCormack says the students worked really hard to win the competition. “It was clear from their essay and their presentation that they had an understanding of economics that was on par with graduate level,” she said; “Their individual Business Studies teachers, Ms. Shanahan and Ms. Stack have helped and encouraged this understanding over the last four years. We are all so proud of Garret, Vincent, and Paul. They are ideal ambassadors for the school and indeed, Ireland, going forward.”

RTE News Online covered the story of the competition and quoted the Deputy Governor of the Central Bank and chair of the ECB budget committee, Sharon Donnery, who congratulated the Belvedere team on their win.

She said the students showed a great understanding of the principles of economics and monetary policy, and the work performed by the ECB, the Eurosystem, and the Central Bank.

“Selecting a winner was a difficult decision for the judging panel,” Ms Donnery said. “The teams analysed the challenges faced by the euro area and should be commended for their ability to assess the rapidly changing economic environment against the backdrop of the Covid-19 crisis.”

She praised all the students who got through to the finals and said that the Central Bank is committed to encouraging the economists of the future, “And as the students demonstrate there is a strong pipeline of young people interested in economics who may choose to forge careers in this area.”

Ordinarily, the boys and Ms. McCormack would be on their way to the European Central Bank headquarters at Frankfurt to meet ECB President Christine Lagarde to receive their trophy in a prize-giving ceremony.

However this year the awards will be presented virtually including a question and answer session with the ECB President. The students say this is a meeting they are really looking forward to.

Jesuit education – A time for pondering

Jesuit education – A time for pondering

Bringing good out of enormous tragedy

Depending on God more

The sun refused to set