Peter Peelen SJ is on a sabbatical with a difference. He has used his ‘break time’ to cycle alone from Amsterdam to Istanbul. But according to the Dutch Jesuit he was never really alone, for he had a real sense of the presence of Jesus on the carrier of his bike! Pilgrim by name and by nature (peelen is the Dutch word for pilgrim) he also travelled to Ireland this summer to work in Knock Shrine, Co Mayo. He was one of the one hundred and four Jesuits from the provinces of Flanders, Netherlands, Britain and Ireland who’ve gathered together to discern how they might work together into the future. Part of their communal discernment was to work in inter-provincial teams in various apostolates in the four countries.

In Knock, he shared his pilgrimage story with the pilgrims who’d come to visit the shrine where, on 21 August 1879, Our Lady is said to have appeared to fifteen people, whose ages ranged from five years to seventy-five. They included men, women, teenagers and children who said they witnessed an apparition of Mary, Joseph, and Saint John the Evangelist at the south gable end of the church. Pat Coyle of Irish Jesuit Communications met up with Peter at the shrine and he told he what he would be sharing with the people who come to Knock from all over Ireland and even further afield. 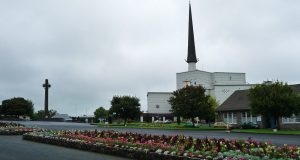 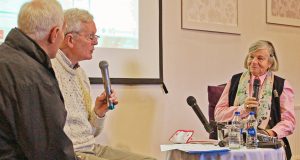 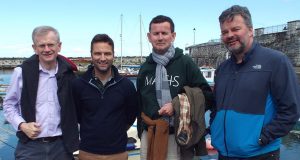