Call for Ireland to do more for refugee resettlement

The Jesuit Refugee Service in Ireland (JRS) is one of more than twenty organisations that have formed the Irish Refugee and Migrant Coalition and called on Ireland to increase its commitment to refugee resettlement.

According to Eugene Quinn, Director of Jesuit Refugee Service Ireland:

A significantly enhanced and adequately resourced refugee resettlement programme will be needed, if Ireland is to meet its fair share of the projected Global Resettlement Need over the coming years. JRS Ireland estimates this would require the Irish Government to commit to an additional 1,500 resettlement places annually in the period 2020-22. Despite the challenging housing context, Ireland can and should do more to offer protection and refuge to families, children and individuals forcibly displaced from their homes across the world, who are among the most vulnerable on the planet.

It is estimated by the UN Refugee Agency (UNHCR) that, worldwide, 1.44 million people will be in need of resettlement in 2020. Resettlement is an important act of solidarity both with vulnerable refugees and with the countries bordering conflict -affected regions, which currently host the majority of the world’s refugees.

Ireland has welcomed almost 2,600 persons under the Irish Refugee Protection Programme (IRPP) in the four years since its establishment in September 2015, on average receiving 650 persons per annum. This month is the deadline for Ireland to announce the number of resettlement places it is committing to over the next two years. The Coalition recommends that: 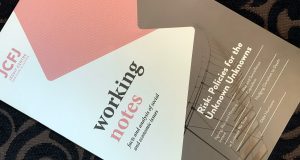 Evil: the label and the reality