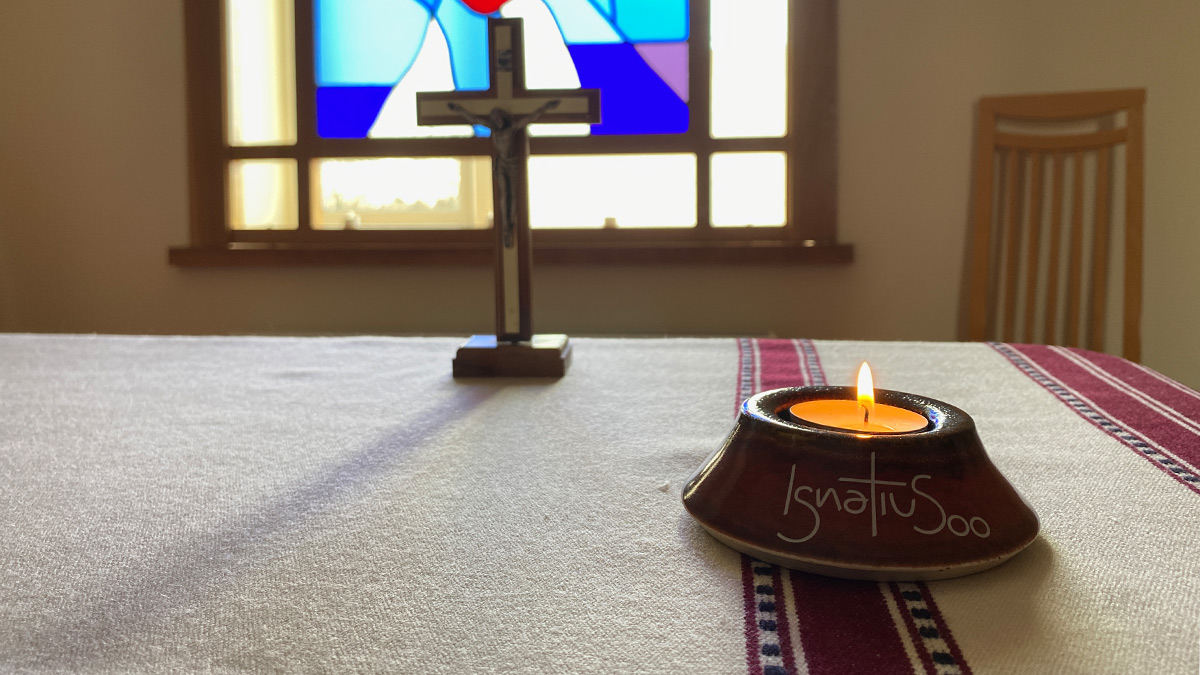 Irish Jesuits and colleagues, along with their partners around the world, celebrated the 400th anniversary of the canonisations of Ignatius of Loyola and Francis Xavier, on Thursday 12 March 2022.

Manresa Spirituality Centre commissioned an anniversary candle from potter Louis Mulcahy (see photo) which could be used during prayer ceremonies or Mass on the day which Fr General, Arturo Sosa said was the centre of the ‘Ignatius 500’ centenary year.

Pope Francis celebrated Mass in the Jesuit (Gesu) Church in Rome to mark the occasion, and it was live-streamed at 4pm Irish time. Fr Sosa presided.

The Irish Jesuit Provincial Leonard Moloney SJ asked that Jesuits and friends mark the day by organising some simple liturgical celebrations either in their own communities or place of ministry, using the resources offered by the Ignatius 500 team.

He noted that Ignatius and Francis were canonised along with Teresa of Avila, Philip Neri and Isidore the Farmer. He also suggested that people could use a booklet containing prayers and information about all these saints which was distributed to apostolates and communities.

The Provincial thanked Jesuits and co-workers for the many local initiatives taking place throughout the year to mark the centenary and asked that they prepare for the annual Feast of St Ignatius on 31 July, which will bring Ignatius 500 to a close.

Joy of Easter: A scholarly perspective

Asking for help when you need it