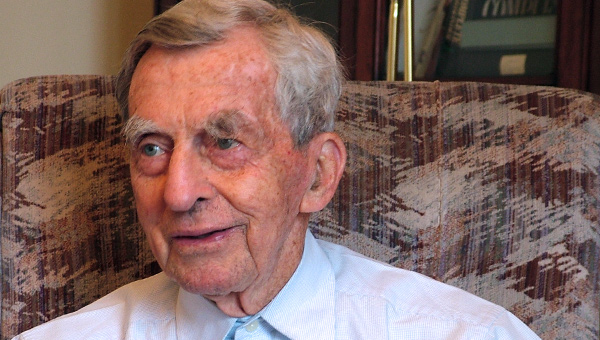 When Father Joseph Mallin celebrated his 100th birthday in Hong Kong on 13 September, he was hailed in Ireland’s newspapers as the oldest Irish priest in the world. Sitting in Wah Yan College, he gave a lively interview to Fionnuala McHugh of the Irish Times, who pointed to the two revolutions that Joe has survived: the Easter Rising of 1916, which claimed his father’s life; and the coup which made Sun Yat Sen the first president of the Republic of China, the year before Joe’s birth.

Joe’s father was Michael Mallin, who left home on Easter Monday 1916 to take command of the fighting in St Stephen’s Green, and never came home; he was shot in Kilmainham along with Connolly, Pearse and the other leaders. The night before the execution, 3-year-old Joseph was taken by his mother (then pregnant with her fifth child) to visit Michael in his cell. Though Joseph has no memory of that goodbye, he heeded the plea in Michael’s last letter: “Joseph, my little man, be a priest if you can.” His brother Sean had preceded him into the Jesuits, and both brothers were assigned to the Hong Kong mission.

Major conference on spirituality and addiction