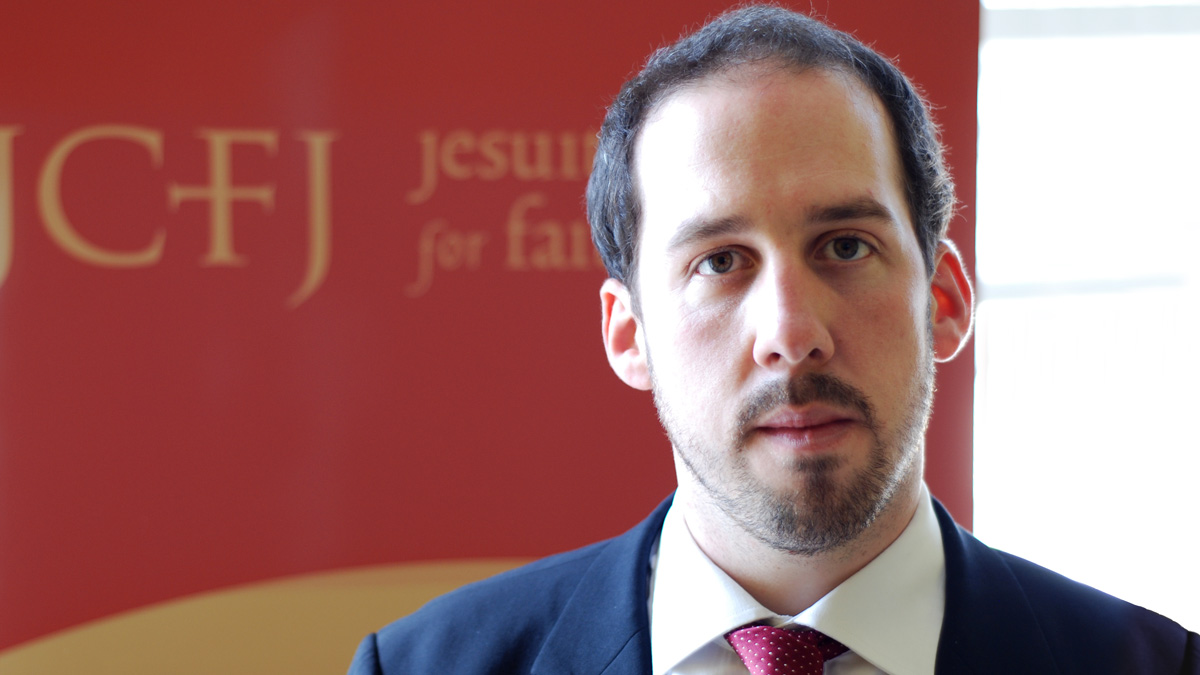 Several critical objectives have not been met in the Irish Prison Service’s Strategic Plan 2012-2015 according to the Jesuit Centre for Faith and Justice. Speaking on RTE TV news on Monday 17, JCFJ Advocacy Officer Eoin Carroll says there has been,”no meaningful reduction of chronic overcrowding in Mountjoy, Cork and Limerick, no cell share risk assessment, no specific strategies for older prisoners and prisoners on protection and no ‘Dignity at Work Charter’”. He made some of

On Monday 18 May the Irish Prison Services and Irish Probation Service launched their Annual Reports for 2014 and a Joint Strategy 2015–2017. The reports coincided with the end of the Prison Service’s Three Year Strategic Plan 2012–2015. Eoin Carroll acknowledged that there had been imaginative and innovative developments in prison policy but said the JCFJ were still very concerned about the unmet commitments which they feared might never be fulfilled.

They noted that whilst the level of overcrowding has reduced across the prison network, chronic overcrowding persists in a number of prisons. “The IPS three year plan committed to reducing chronic overcrowding in year one of the strategy in Mountjoy, Cork, Limerick (male and female prisons) and the Dochas Centre. Cork and Limerick remain chronically overcrowded, numbers in Mountjoy see-saw above and below maximum capacity and it is only in the last few months that the Dochas Centre has seen the number reach or fall below maximum capacity”, says Eoin Carroll.

Referring to the case of Gary Douche who was killed in a cell in Mountjoy in 2006 at the age of 21 Eoin Carroll said, “Had there been a ‘cell share risk assessment’ it is likely that he would not have been killed.” The IPS three year plan 2012–2015 committed in year one to introduce appropriate assessment procedures on committal. The Jesuit Centre for Faith and Justice has previously argued that this needs to include a formal cell sharing risk assessment which has not been completed. “Currently 46 per cent of the prison population share a cell. It is also unfortunate that the new prison in Cork will further institutionalise cell-sharing as a feature of prison accommodation, a practice that was first formalised 30 years ago and at variance of international best practice – a particularly retrograde step,” according to Eoin Carroll.

He also referred to the fact that the IPS’ three year plan committed in year one to have developed specific strategies for young prisoners, women in prison, older prisoners, those convicted of a sex offence and prisoners requiring protection. “While a well developed strategy has been developed for women no other plan has been produced. These groups have been identified as requiring special attention and action is urgently needed.” The Jesuit Centre for Faith and Justice is in the process of developing a policy paper on the needs of young adults in prison which they hope will inform policy in this area.

The JCFJ final criticism concerned the people who work in prison who they say, “have a very difficult job balancing the desire to create an environment that respects the dignity of prisoners and at the same time promotes ‘rehabilitation with safety’ as a paramount concern. The IPS three year plan committed in year one to produce a ‘Dignity at Work Charter’ which still has not been published.”

Eoin Carroll said the picture was not entirely bleak and there has been a good record of achievement in a number of key areas with significant improvements in conditions in parts of Mountjoy Prison. The same was true of the national roll-out of the Community Return Programme which enables the earlier release of some prisoners under supervision, and there had been progress in Integrated Sentence Management. “Such developments have significant positive effects for people in prison, for prison staff and for society as a whole”, he said. “But the real concern is the critical objectives we’ve been monitoring and which still have not been met.”

‘They will never silence us’

How to vote wisely