Contributing to a critical conversation 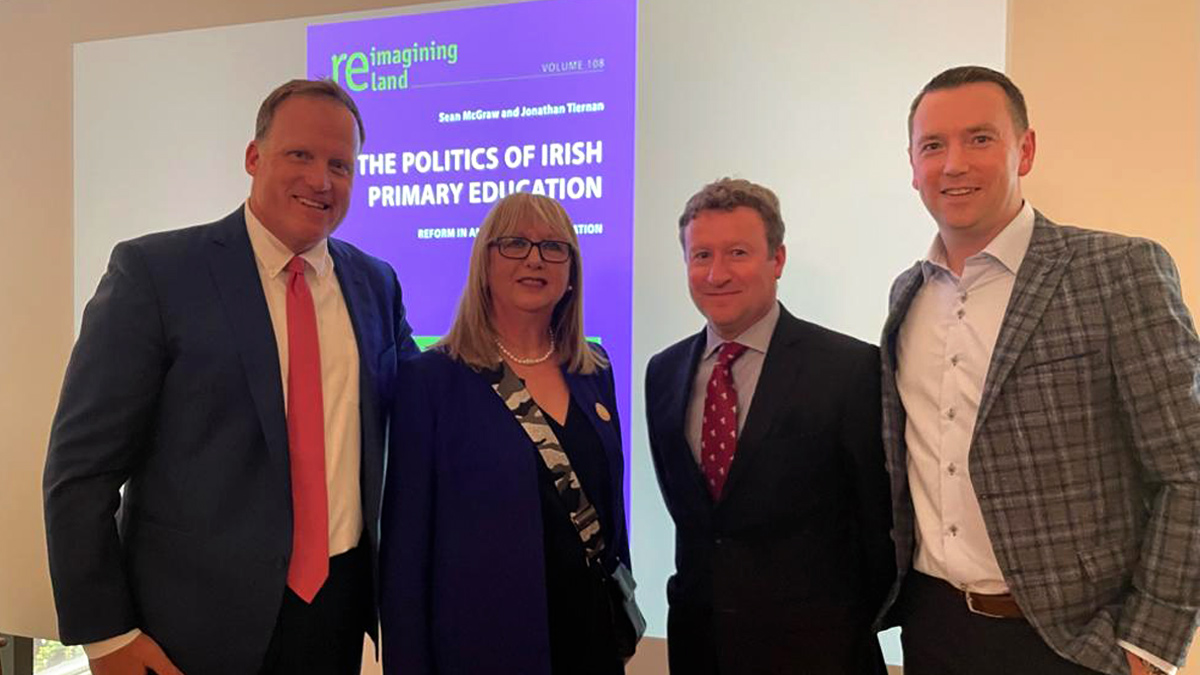 Former President of Ireland Mary McAleese and journalist Pat Leahy launched Jonathan Tiernan’s new book, co-authored by Dr Sean McGraw of Boston College. Jonathan is Education Delegate for the Jesuits in Ireland. His book titled The Politics of Irish Primary Education – Reform in an Era of Secularisation is published by renowned educational publisher Peter Lang and it forms part of their Reimagining Ireland series. The launch took place in the Museum of Literature Ireland (MoLI) at the start of the summer 2022.

The book provides a comprehensive study of educational policy reform as growing calls for further reducing the role of the Catholic Church in Irish primary schools gains traction in a rapidly evolving society. Drawing upon lessons from the same-sex marriage and abortion reform campaigns, the book provides policy case studies that demonstrate how the interplay of the various education and societal stakeholders determines how policy reforms live or die.

Speaking at the launch Mary McAleese stated “McGraw and Tiernan have produced a powerful scholarly interrogation of the changing face of Irish Primary Education….It is an invitation to one of the most crucial and profound debates in the story of modern Ireland and a welcome exemplary, fresh contribution to that debate.”

Further praise for the book came from Prof. Gary Murphy of Dublin City University who stated in a testimonial at the beginning of the book that ‘Sean McGraw and Jonathan Tiernan have given us a book that is both timely and important in addressing the evolving role of religion and of the Catholic Church in a rapidly changing Irish society….Anyone with an interest in Ireland’s future should read it.’

Jonathan says his hope is that the book serves as a “Constructive contribution to what is a critical conversation. With the likely establishment of a Citizen’s Assembly on Education sometime in the next year Sean and I hope that this contribution goes some way in illuminating the complexity that is at the heart of policy making process in primary education.”

The book is available for purchase in softcopy or eBook by clicking here.

Hope for the future requires remembrance of the past

Prayers for the school year

Mary McAleese and the Jesuit theologian