The current political climate in the West looms large behind the Autumn 2017 issue of Studies. The issue takes its cue from what the editorial calls the “apocalyptic question” raised by Professor Timothy Garton Ash recently: “Is this the end of the west? Or at least of the Anglo-Saxon west?” He was alluding to “the dangerous dysfunctionality of President Donald Trump’s White House and the disastrous unfolding of Brexit in his own country”.

The lead article, ‘Democracy in crisis’ by Professor Thomas N Mitchell, former Provost of Trinity College Dublin, begins with a summary account of the great civilizational achievement that was Athenian democracy. He looks then at what he calls the ‘second coming’ of democracy: European countries in the aftermath of the Enlightenment and the Atlantic revolutions. These early models provide a context for some reflections on the current – mostly discouraging – state of affairs. Prof. Mitchell notes that the euphoria at the end of the Cold War, with the democratisation of Eastern Europe and the dissolution of the Soviet Union, was not well founded. For the following decade there was indeed an increase in the number of democratic states in the world, but after that there have been sure signs of a decline.. “The most recent survey shows that 2015 marked the tenth consecutive year of decline in global freedom and brought the number of free countries in the world down to forty-four per cent”.

He further notes some ominous signs of contemporary democracy falling victim to some of the vulnerabilities that afflicted Athenian democracy and brought it to an end. “The election of Donald Trump as President of the United States,” he remarks, “on a blatantly populist platform designed to woo the discontented, combined with another crowd-pleasing pledge to put America first and make it great again, does not augur well for internal cohesion or international cooperation.” And Britain’s departure from the European Union he sees as a further sign “of a swing towards isolationism and narrow nationalism”, a trend observable in other European countries too.

In conclusion, Prof. Mitchell notes that democracy “is not just a form of government. It is a culture of shared values and of shared responsibility to safeguard them and live by them. It is the pathway to fairer, more stable societies, and a more collaborative, harmonious world… There is no room for complacency about its future.”

Irish historian and politician Martin Mansergh also begins his critique of the current state of democracy with an historical survey. He notes in particular the emergence in post-revolutionary times of a form of democracy that became not only acceptable to the traditionally Catholic nations of Europe, but – especially in the case of Ireland – went hand in hand with their Catholic world views. In the Irish case, even though some theocratic elements remained long after the foundation of the state, “the pronounced Catholic character of the Irish Free State was a reflection and an expression of a long-delayed Irish democracy, underpinned by – on the whole – progressive papal encyclicals”.

Mansergh identifies populism as a phenomenon which can undermine democracy. In particular he expresses concern about “a form of populism encouraged by plutocracy”. The danger arises when wealthy individuals use their money to buy influence, especially by acquiring media through which they can protect themselves from criticism while they manufacture consent to a set of changes which serve their own interests.

“The plutocrats’ programme is nearly always: cut taxes, especially for the wealthy, even when they reside offshore; cut ‘wasteful’ social expenditure that requires people to be taxed; and reduce regulation, which stands in the way of their becoming even richer.”

Another reflection on the crisis of democracy comes from the pen of Irish Jesuit Patrick Riordan. Like Mansergh he is concerned by the danger of democracy being pulled away from its core purpose of securing common goods and being undermined by “sectional interest”.

Stephen Collins, retired political editor of the Irish Times, takes a largely upbeat look at Ireland’s political and democratic success, citing in particular the recovery from the financial crisis in the last decade.

John Bruton’s contribution, ‘New fault lines in Europe: the political consequences of Brexit’, takes a highly critical view of what the British electorate voted for in 2016. He laments Britain’s failure to stay true to its longstanding commitment to Europe, and he notes that it had tapered its engagement in the EU in such a way that it “had the best of both worlds the day before the referendum. It was sufficiently ‘in’ to exercise influence on the EU, but sufficiently ‘out’ to maintain the sort of freedom of action that befitted its historic role”. And then it threw this enviable position away.

In the last article on the central theme Edmund Grace SJ addresses the barrier that is often raised between elected leaders and ordinary citizens thanks to “the elaborate democracy of the modern state”, and he discusses his own initiative, PeopleTalk, as a practical move to encourage dialogue between state and citizens in many areas of public life.

Although it appears to stand apart from the main articles in the issue, Prof Fáinche Ryan’s essay on consulting the faithful in the Church on matters of doctrine, from the time of Newman’s famous essay of that title until the aftermath of Vatican II, does indeed consider a rarefied form of the democratic impulse to extend responsibility for the identity of a community to all of the people who share in its life. She addresses the challenge which lies before the Church in the years ahead – that of giving due force to “an ecclesiology of equality in the Holy Spirit”. 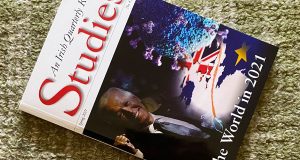 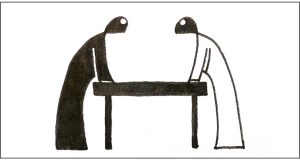