Dialogue in the Middle East

In The Pope Video for November 2019, Francis focuses on the communities that live side by side in the Middle East, asking all Catholics to pray for there to be authentic dialogue among them. For the Holy Father, the quest for harmony among Christians, Jews, and Muslims “is based on spiritual and historical bonds.”

The term “Near East” (more common in Europe) or “Middle East” (more common among English speakers) denotes a geographical region to the east of the Mediterranean Sea. According to recent reports, Muslims constitute a little more than 93% of the region’s population. The Christian community represents approximately 5%; the Jewish community, which is mostly concentrated in Israel, makes up nearly 2%.

Srs Trudy Nabur and Bernadette Lynch of the Sisters of Sion Community in Jerusalem reflect on the Pope’s intention in Living Prayer. They write: “Leaders have manifested attitudes of greed and thirst for power, leading to domination and autocratic decision making, and manifest little interest in what is best for their people and for humanity as a whole. May enough people be sufficiently open and committed to practice repentance or ‘teshuva’. To work towards a change of attitude we must encounter the other who is different. This will require greater efforts to dialogue. Such action will remove the possibility of losing hope.”

Fr. Frédéric Fornos, SJ, International Director of the Pope’s Worldwide Prayer Network (which includes the Eucharistic Youth Movement), encourages us to read and pray with the “Document on Human Fraternity for World Peace and Living Together,” signed by Pope Francis and the Grand Imam of Al-Azhar Ahamad Al-Tayyeb, which declares the need to adopt the culture of dialogue as the path.

Click on the link above to watch the video. 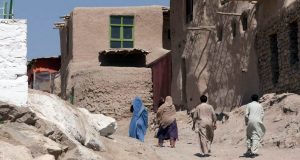 Calling on young people for MAGIS 23