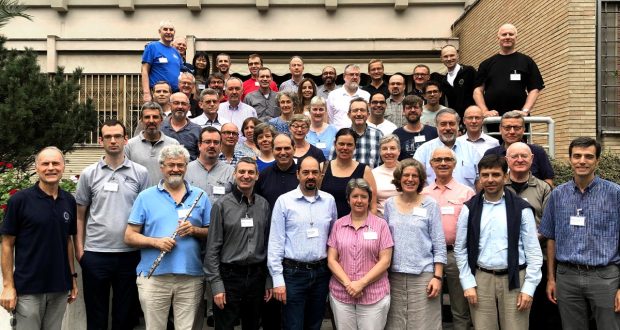 Discerning for a collaborative future

“Something profound happened at this workshop.” This was the assessment of Irish Jesuit Terry Howard SJ who, along with two colleagues of the Irish Jesuits, Sr Moira McDowall, and Mary O’Connor, was in Italy recently to take part in communal discernment about their work. They were in the company of Jesuits and co-workers from Europe, the Middle East, and Micronesia. According to Philip Harrison SJ from the British Province this type of discernment process “aims to rediscover the experience of the first Jesuits who gained clarity and unity about their mission through spiritual conversation.” (Read Philip’s report below.)

For Terry Howard, a change took place from within for him as the process unfolded. “I found myself shifting focus, away from myself, from the ‘I’ of the Spiritual Exercises to the ‘We’ of our workshop group as an Apostolic Body. And it wasn’t just me. The whole group felt the same shift,” he said.

Elaborating on the shift Terry explained, “The word ‘body’ was the key.  I came to the understanding that I am first and foremost a human being who is part of a body/group, not merely an individual. But as an individual, my body has its own graces and weakness that I need to be attentive to and I need compassion for that. Compassion de-centres me. It frees me up to be more attentive to, and be in better tune with, the body as a corporate person. Doing discernment within a body/group then becomes possible, and my sense is that it’s compassion, as God’s Spirit, that enables group/corporate discernment to be effective.”

Another important dimension of the workshop for Terry was the inter-provincial nature of the event. “The British and Irish provinces worked together (as JAPC) during the workshop rather than as separate provinces. The rest of the group noticed it and pointed it out. I was quite surprised at the importance attached to that simple action on our part. It was understood as an alternative to Brexit!”

Finding God at work in the world

From the origins of the Society of Jesus, decisions were made through discernment in common. A group of fifty Jesuits and co-workers met at the end of September in Monte Cucco near Rome to experience Discernment in Common and Apostolic Planning (DiCAP). This process aims to rediscover the experience of the first Jesuits who gained clarity and unity about their mission through spiritual conversation. The group was assisted by the president of the European Conference of Provincials and an international team of facilitators.

Father General has distinguished the Religious Body of the Society of Jesus (composed of the vowed Jesuits) and the Apostolic Body (composed of the vowed Jesuits and all those who work with them). By discerning together, the participants perceived the deeper principles and relationships which hold the Apostolic Body together. Just as muscles and bones unite in a human body, our shared identity, values and practices are what hold us together as one. The exercise of discernment is the process that coordinates and strengthens the Apostolic body in the service of the Gospel, aligning it with the body of Christ.

Through individual prayer, spiritual conversation, planning tools, and plenary discussion, the participants were able to develop the strategic goals and objectives that will help to implement the DiCAP process in communities, works and provinces. Ruth Holgate from the United Kingdom said, “I like that DiCAP takes seriously that God is already at work in the world and we are called to listen to what God is doing and to cooperate with that.”

Many participants were surprised by the profound level of spiritual conversation attained within the groups over just a short period of time. John Sargeant, who works for L’Arche international, articulated this experience by saying that “A spiritual conversation is a sharing of what is most essential to me, a sharing of my life with another and listening, and in that way deepening our shared life.” These conversations gave new life and new energy to the group and can give the same to the whole Apostolic Body of the Society of Jesus as it moves toward a stronger and more collaborative future. 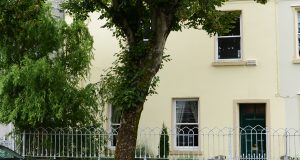 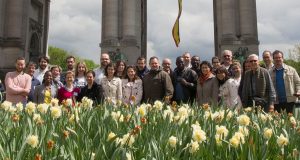 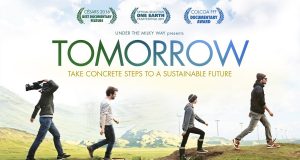 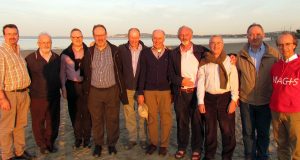