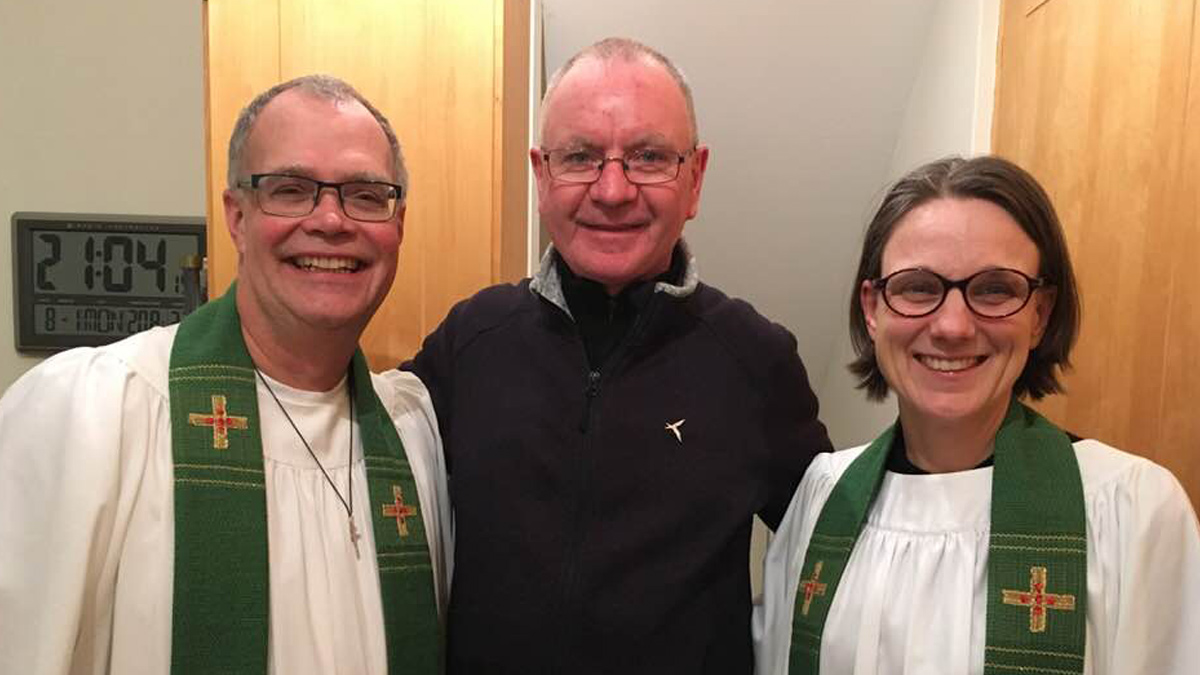 Kompass is a group of reformed church ministers, largely Lutherans, who use Ignatian Spirituality for their own faith lives and ministry. They already have experience of Ignatian concepts and have done various retreats. Some of them, in fact, are spiritual directors and some have done the full Spiritual Exercises of St Ignatius. A number of other Irish Jesuits and collaborators have worked with the group previously, and some of the members of the group have been to St Bueno’s retreat centre in Wales and in Loyola Hall retreat centre in England.

With the help of images from his book Redemption Road and his new Camino book, Brendan used pilgrimage as a metaphor for life. “Pilgrimage is deeply Ignatian,” says Brendan; “It deals with the key concepts of prayer, freedom, dealing with the unexpected, and discerning a path in often complex situations. It is a method of using storytelling to link various moments from the Exercises to real-life situations in a very natural way.” He showed a number of slides of his pilgrimages and presented various points from the Exercises as he went. He explained, for example, how and in what circumstances the rules concerning Discernment of Spirits are meant to apply.

During Brendan’s ecumenical work in Sweden, he had the opportunity to experience a Lutheran Eucharist. He said: “I was fascinated with this service, with how similar it was to the Catholic one. A lot of the elements were familiar (it was in Swedish): the readings, the preaching, the Eucharist, the Our Father, and the distribution of Holy Communion under both species. What was different was the almost Vatican I type altar and style. I later learned that the priest often has their back to the congregation. The big difference was a woman Lutheran priest and an Anglican woman minister who concelebrated. Also, the church was very bare, a simple wooden building with only one painting of a biblical scene. As a Catholic it was quite familiar to me with some differences.”

While Brendan notes differences on Our Lady, the sacraments, priestly celibacy, and women’s ordination, he points to a recent ‘substantial consensus’ on issues pertaining to the Church, Eucharist, and ministry. “Again, it has become clear that what we have in common is far more than that which still divides us,” declared the Joint Statement by the Pontifical Council for Promoting Christian Unity and the Lutheran World Federation, 2017.

The Week of Prayer for Christian Unity runs from 18-25 January.

In the footsteps of St Colmcille

A Lutheran take on mercy

The Manresa method: Praying with your desire

Praying with the boy Jesus