Exploring the Bible – how not to lose the plot 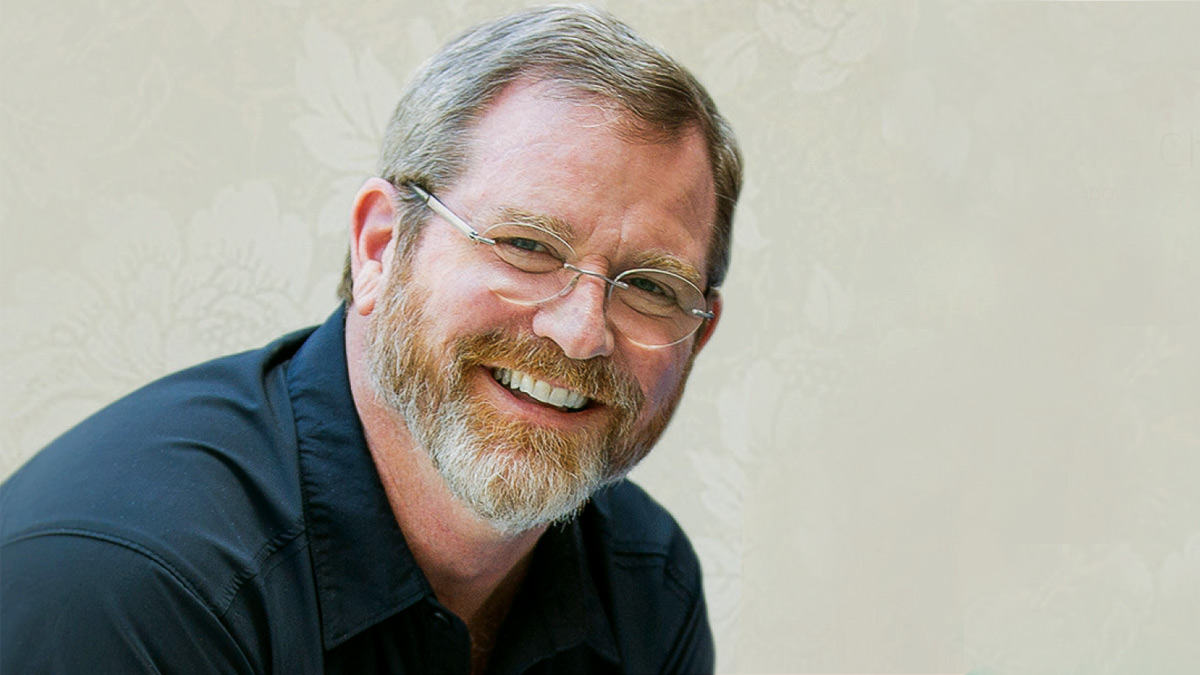 Jeff Cavins, the designer of a hugely successful bible study programme, is coming to Ireland and on Saturday 21st November he will lead a workshop on The Bible: Our Everlasting Story, in the Waterfront Hall, Belfast.  Alan McGuckian SJ, of the the Living Church Office in Belfast, is one of the event organisers. He says that over the past year in Down and Connor almost twelve hundred people have taken part in Jeff Cavin’s course The Quick Journey through the Bible. ” It has been a huge boost to people in parishes. His approach helps people make sense of the Bible by giving them the story”.

Jeff Cavins is an  American Catholic Bible teacher who starts out from the insight that many people want to read the Bible regularly but quickly get frustrated because they ‘just don’t get it’, says Alan McGuckian. “Many of us have set ourselves the challenge of reading the Bible by taking a few chapters a day starting from the story of Creation at the beginning of Genesis. Everything goes swimmingly for a few days, maybe even a couple of weeks, but then when we hit the Book of Leviticus it just becomes impossible.”

Alan says the real problem is that we literally lose the plot. “It no longer feels like a great story that we are really interested in. We’ve all heard of King David and Abraham, Isaiah, Melchizedech and Job but how do they all fit together? Did the deportation to Babylon happen before the Flight into Egypt or are they the same thing?”

He says that Jeff Cavins has designed a study programme that helps people make sense of the Bible by giving them the big story. His learning system, called The Great Adventure Bible Timeline, shows that the Bible is indeed the wonderful story of God’s love affair with humanity stretching from Creation, through many twists and turns to the coming of Jesus. The story goes on through the founding of the Church and right up to the present day. “The trouble is that if people don’t have a reasonable grasp of the story line and how the different characters fit into it, then it all becomes a jumble.”

Thousands of people in Ireland and hundreds of thousands around the world say that the Bible Timeline has been a huge help to them. It helps open the riches of the Bible to them when before they used find it quite intimidating, says Alan McGuckian. “So it’s great to have him with us in the Waterfront hall. It will be a very rich day which providing good material to people who have already made a beginning with Bible study and yet it will not be intimidating for beginners.”

On the day, Jeff Cavins will cover four specific themes: ‘Abraham our Father in Faith’, ‘David, Warrior and Worshipper’, ‘Jesus the Rabbi who calls us’, and ‘The Church- God’s family in the world’. Alan McGuckian says for those who feel they are beginners in relation to the Bible the day will be an attractive exposure to some of the great themes of the Catholic faith. “With a full programme including prayer and music it will be a day not to be missed. People will leave the Waterfront with an appetite for further exploration and with pointers as to how that can be facilitated in their own community.”

Dare to dream of a better future

Where are our dead?

The spiritual dimension of design