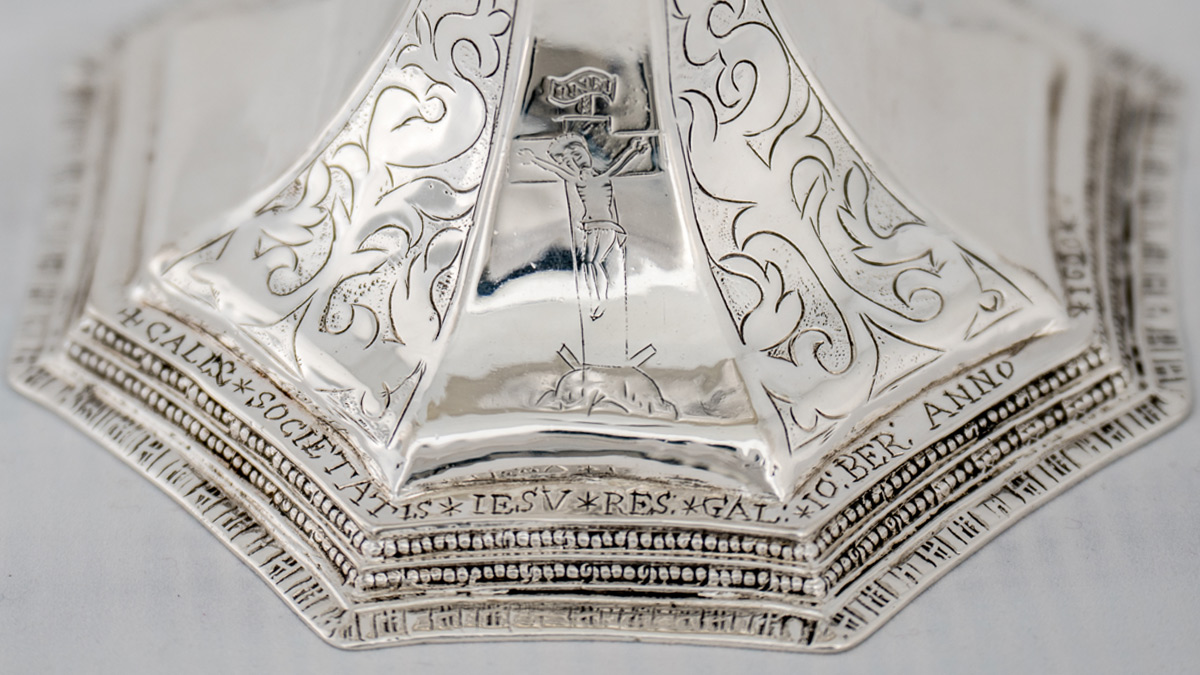 The Jesuits in Galway are marking the 400th anniversary of the Bermingham chalice this year. A beautiful and ornate silver chalice, it was crafted in 1620 and presented to Fr John Bermingham, one of the first Jesuits to live and work in Galway. In that same year the Jesuits opened a residence in the city, thirteen years after they first arrived, in 1607. Twenty-five years later, in 1645, they founded the Jesuit College (‘The Jes’), helped by a donation from a rich Galway merchant, Edmund Kirwan, brother of Francis Kirwan, Bishop of Killala. During the years of the suppression of the Jesuits, 1773-1814, the Bermingham chalice, along with some other chalices, were given to the Collegiate Church (later known as the Pro-Cathedral) in Galway. In 1842 it was returned to the Jesuits.

The Jesuit community on Sea Road has a number of activities planned to mark the anniversary, which falls in October. Throughout that month they will distribute from St Ignatius Church a brochure with a brief history of Fr Bermingham and the chalice, along with some detailed photos of the decorative features of the chalice itself. They will also display maps, photographs, and the chalice timeline in the church itself. Local newspapers and magazines are also expected to carry articles on the chalice. Also, for a period of time around the anniversary the Galway City Museum will put the chalice on display for the visiting public.

The chalice is kept at the St Ignatius Jesuit Community in Galway, and it is still used on special occasions.