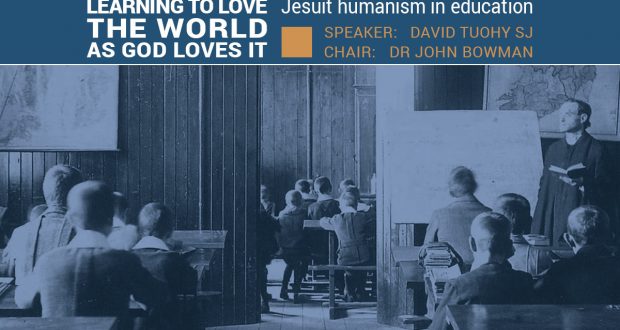 The lecture, ‘Learning to Love the World as God Does: Jesuit Humanism in Education’, by educationalist and author David Tuohy will take place on Thursday 22 January in St Patrick’s College of Education, Drumcondra, Dublin at 6.30pm. Dr Anne Lodge, Principal of the Church of Ireland College of Education and Mr Gerard Foley, Headmaster of Belvedere College SJ, will respond. Dr John Bowman, historian and broadcaster, will chair the event which will be followed by a reception and a launch of the book Characteristics of Jesuit Education, edited by Brian Grogan SJ.

With the end of 2014 we are half way through the bicentenary celebrations, marking 200 years since the restoration of the Society. The committee tasked with marking the event has done its work well. One of the commemorative projects focuses on the early Jesuit missions to Ireland. In 2015 the Irish Manuscripts Commission will publish letters of Jesuits in the period 1624 to the suppression in 1773 with details of when, from whom, to whom and where the letters were written.

The originals are mostly in Rome, run to about 2200 documents, and span the years 1577 to 1752. Copies of these letters are in the Irish Jesuit Archives. They contain a wealth of important information which despite the excellent work of Fr McErlain is not easily available to scholars. The project will produce a calendar and a separate publication of 25 ‘Annual Letters’, which open a Jesuit window on Irish Catholics in times of persecution. We are fortunate to have the services of Vera Orschel, an experienced editor and archivist (and a delightful colleague) to do this work.

May 2014 saw the publication of Fr Tom Morrissey’s Peter Kenney – a Man sent, in a paperback edition. On 30 July Fr Edward O’Donnell’s book: Father Browne’s War, was published by Messenger Publications, at the same time as an RTE Television documentary: Father Browne’s Forgotten War. Presenter/Producer Roisin Duffy commented: “What is extraordinary about Fr Browne is that he is remembered for the photographs he took on the Titanic, and forgotten when it comes to the role he played keeping young Irish recruits sane as they experienced the absolute horrors of war on the Front Line.” Eddie O’Donnell provided the spinal interview for the hour-long programme, which gave a fresh and fascinating insight into Fr Browne and his life as chaplain to the Irish soldiers who fought in WW1.

The documentary was widely praised, and the Irish Ambassador in London requested that it be shown again in the embassy. The National Gallery have also requested permission from RTE to screen the programme during their ‘World War One Month’.

On 1 November 2014 Farmleigh House hosted the launch of Father Browne: a Life through the Lens, coinciding with an exhibition of his photographs, re-mastered to print at a quality not possible 25 years ago. Minister Joan Burton and historian John Bowman did the honours at this splendid occasion.

Two academic historians, Daire Keogh, President of St Patrick’s College and Ciaran O’Neill of Trinity, convened a Bicentenary Conference in Belvedere on 19-20 September. The papers which have been published in a special edition of Studies, unearthed wonderful stories from the Irish and Jesuit past. The same occasion and venue saw the launch of a handsome book from Messenger Publications: Irish Jesuit Chaplains in the First World War, edited by archivist Damien Burke.

All the Jesuit schools marked the bicentenary in a variety of ways. Crescent College Comprehensive invited Limerick’s Bishop Leahy to respond to Paul Andrews’ light-hearted look back over 200 years.

The final meeting of the Irish Jesuit Restoration Committee was held on Thursday 8 January and all present were warmly thanked by the chair Noel Barber SJ. 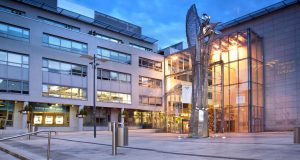 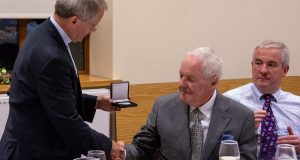 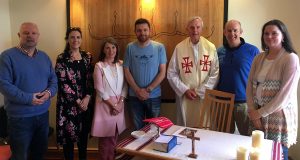 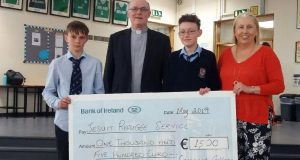