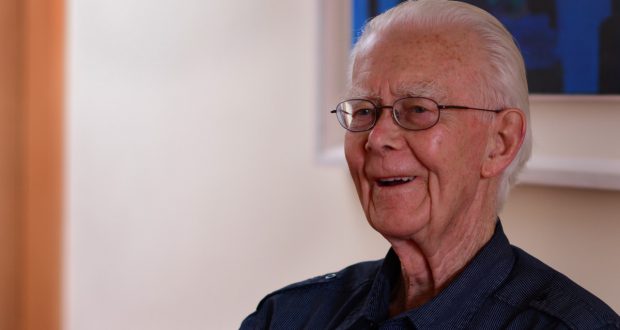 While John Moore was home on leave from Zambia, he tallked to Pat Coyle, Director of Communications, about his links with Fr Frank Browne, and about much else in his most unusual life. He was Professor of Botany in UCD during the 70’s. He also became a student and friend of the renowned Jesuit photographer, Fr Frank Browne. John took early retirement from his UCD chair, but the last thing he did was retire. Instead he became a Jesuit missionary and went to Africa, working in Zambia and Malawi. As in previous years, John returned to Ireland this summer to visit his family and Jesuit friends. Whilst here he watched the RTE TV documentary on Fr Browne (see story in this issue) and recalled his own special relationship with the Jesuit who was not only a famous photographer but also a heroic chaplain to Irish volunteers in World War I.

After the documentary was aired, John talked to Pat Coyle of Jesuit Communications about his life and his friendship with Fr Frank. You can listen here to the interview in which he recalls his days in UCD as Professor of Botany and shares with her a letter he’d just received from a student who’d discovered a yellow poppy on a beach in Mayo. The poppy was thought to have been lost to these shores, not having been seen for thirty years – but it’s back! He also speaks about the subsequent rewards and challenges of becoming a missionary in his late 50’s; as well as lecturing in various institutions, he mastered the complexities of the computer age and put those skills to good use. At 87 John is still full of vitality and as the IJN photo shows, he looks like a man in his sixties. There’s a reason for that too; he spoke about what keeps him young in body and soul. He returns to Africa in September, bitten by the missionary bug and refreshed by his holiday home, ready as ever to serve the Lord with a willing heart. 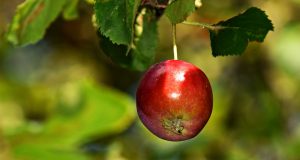 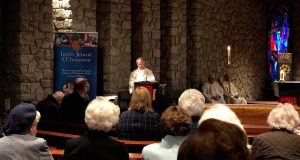 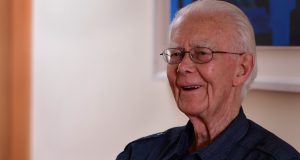 Death of a botanist 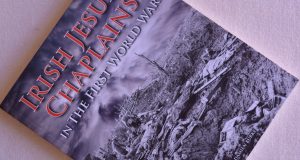