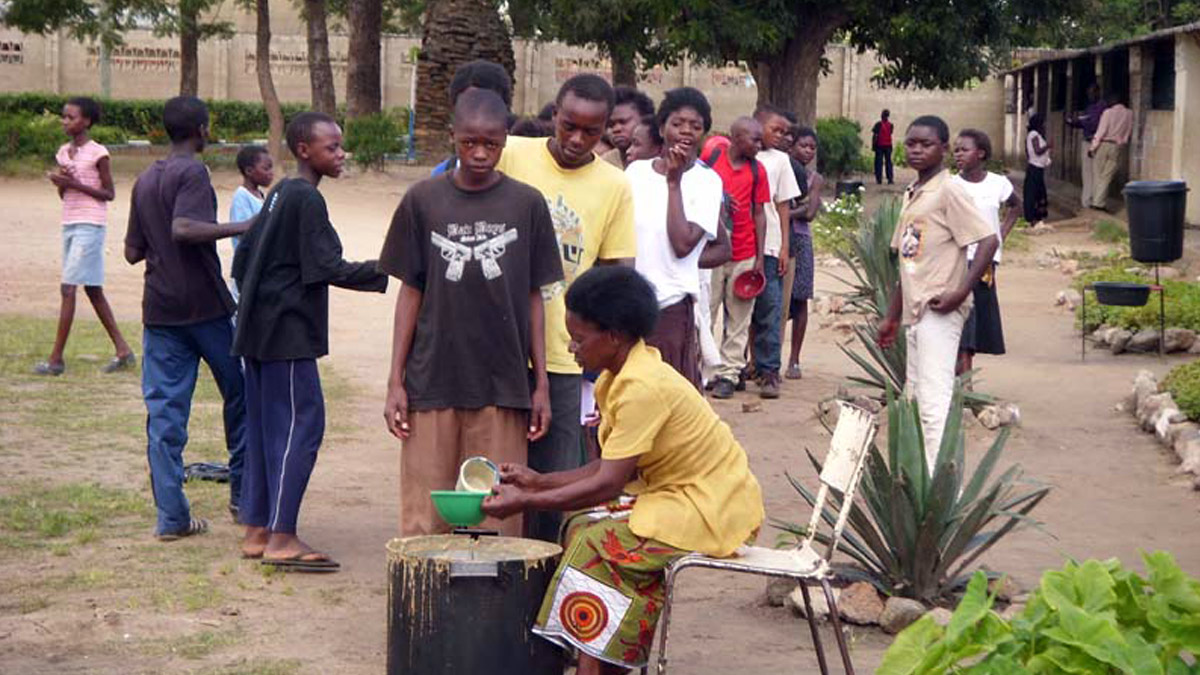 “Walk, run, swim, row, cycle, exercise the dog, clock up your kilometers, get sponsored and help feed and educate school children orphaned through AIDS, who attend school in the former Jesuit parish of Matero, Lusaka, Zambia.” That’s the plea of Pat Coyle, Director of Irish Jesuit Communications, a member of the Sandymount/Matero Project group who have been raising funds for the last ten years for the school. Pat wants people to get on the move this September and October and do something really worthwhile for AIDS orphans.

“We want people (including our Jesuit colleagues and friends) to join us in clocking up the kilometers – 12,362 of them – the total distance from Dublin to St Mary’s Community school in Matero. It’s been a grand break over the last few months but people may not have been walking or cycling or exercising so much as they did during lockdown so they may want to shed a few of the summer pounds’,” she says. “So this could be the very opportunity they need to not only do themselves some good but also help the students who benefit so much from the education and nourishment they get daily.”

Pat explains that it is a simple enough process to join the fundraiser. “All you need to do is click the link to this website the Matero group has built especially for this project ». Then you’ll be guided step by step to signing up (in the form of buying a ticket to register) and indicating the number of kilometers you will travel in whatever fashion. When you buy a ticket you’re allocated 100km so we need to get at least 120 people to join with us in order for us to go the distance and reach our target!”

There’s a GofundMe button on the site for people to donate or sponsor »  as “not everyone is able to be on the move but they can simply donate to the project if they want to,” explains Pat. “For those who can and do take up the challenge,” she adds “there is also a link for sharing the news of their progress”.

The Jesuits in Matero, including Leonard Chiti SJ who once worked in Dublin, helped to rebuild the parish school ten years ago when Matero was a Jesuit parish. At that time around 75 orphans were attending on a somewhat haphazard basis. With the support of Sandymount-Matero group, money was secured to feed the pupils on a daily basis, and to pay for those cooking the food as well as for the principal and teachers in the school.

The group continues to raise funds for St Mary’s according to James Meenan, a former Gonzaga pupil and co-founder of the Sandymount-Matero project. The programme has grown dramatically over the last ten years, and the feeding component now aims to sustain over 550 pupils as opposed to an original 75. “As little as €5 will feed a child for one month,” he says.

The children of St Mary’s in Matero have been writing on a regular basis about how much the school means to them. They are fed and taught when once they would have gone hungry and had to remain at home. Many of the children are orphans as AIDS-ravaged Zambia in years gone by.

The country has been fighting hard to rebuild its economy and its people despite suffering from crippling debt imposed by the World Bank. Against all the odds it is moving in a positive direction. ” Going the distance for Matero project would be a wonderful contribution to those most in need, giving them hope for a future when they can sustain themselves through education and work,” says James.

Victim of its own success