A gigantic climb for sick children 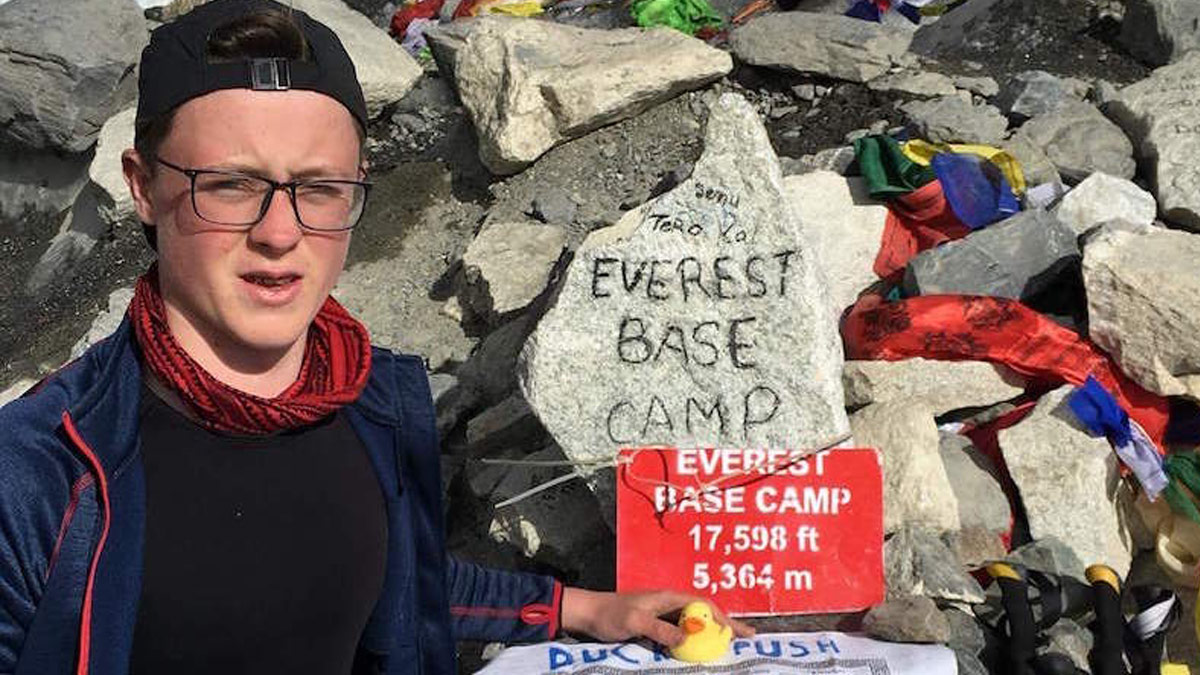 On 30 October Karl flew from Katmandu to Lukla, a small airstrip 2,900 m high in the Himalayas. There he joined a group of climbers making their way to the glacier base camp of Mount Everest, the highest mountain in the world at 8,848 metres high.

It is easy to forget that the first confirmed successful climb of Mt Everest was relatively recent; on 29 May 1953 Edmund Hillary and Tenzing Norgay spent about 15 minutes at the summit taking in their achievement, snapping some photographs and nibbling on mint cake. That said, it is possible that a British School teacher George Mallory and his team mate, may have scaled the mountain in 1924 though they did not live to tell the tale, losing their lives to the harsh conditions on the way back from their attempt.

Karl and his fellow climbers including his father Declan spent eight days trekking at high altitude through remarkable landscapes along by the Dudh Kosi or ‘Milk River’ (named for its many rapids) and stayed at Namche Bazaar, the Sherpa capital set in a horseshoe valley 3,340 m high. They stopped at the fabled Thayangboche Monastery – the highest Buddhist monastery in Nepal – and trekked past Dingbouche at 4,410 metres – one of the highest permanent agricultural villages in the world. At the end of the eight day trek they arrived at Everest Base Camp at 5,364m, from where they hiked up the Khumbu glacier, following the path north to Kala Pattar, a 5,550 m ‘hill’ with spectacular views of Everest.

Karl is aiming to raise funds for this year’s Duck Push – pushing a giant duck from Dublin to Limerick and raising money along the way – for Crumlin Children’s Hospital where the monies raised will be used to purchase medical equipment. To support Karl and his quest to help sick children, please use the following link. So far he has raised more than €1,500.

A Christmas book in aid of the homeless

Putting the fun back into fundraising