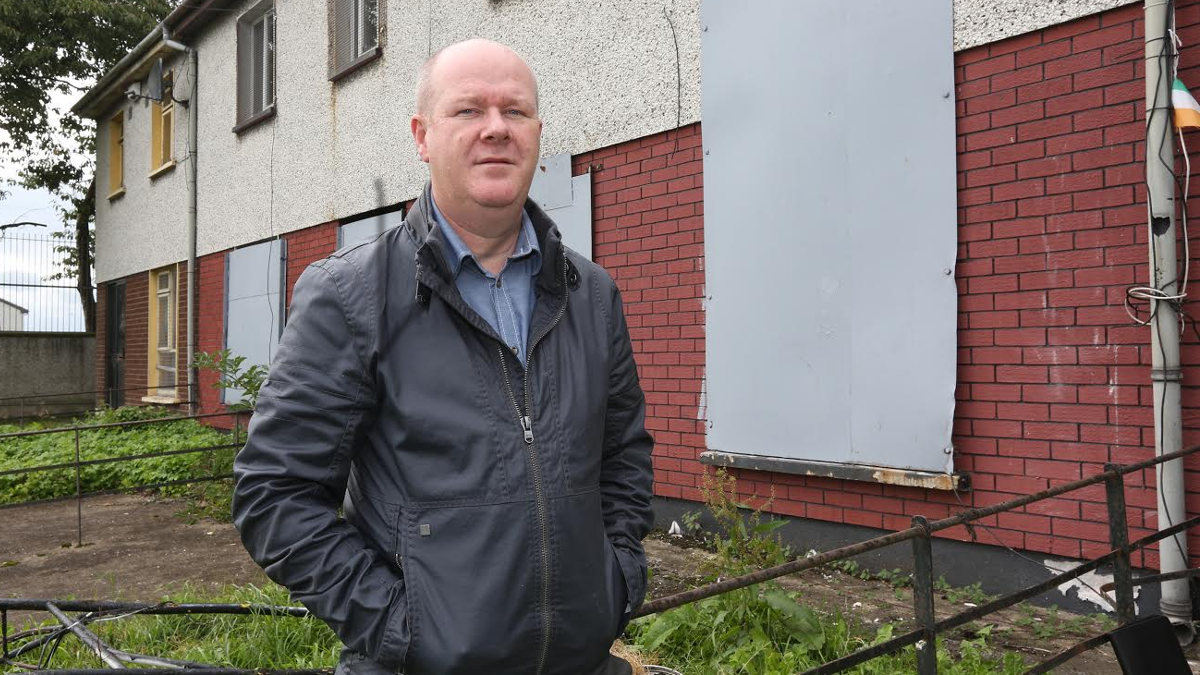 Fr Tony O’Riordan SJ, PP of Corpus Christi Church, Moyross, Limerick, has been making headlines over the past few weeks with his hard-hitting sermons. The Sunday before last, 18 September, he said that the drug dealers who have plagued communities like Moyross down the years would “face eternal justice if the continued to be the agents of Satan.” And he called for a type of Criminal Assets Bureau clampdown on the ill-gotten gains of dealers, who have grown hugely wealthy through their peddling of drugs in impoverished communities.

His homily that Sunday was prompted by the plight of desperate people who are coming to him for help, having got on the wrong side of drug gangs in Limerick. “We only use that kind of language about hell for the most extreme evil that we need to tackle in society,” Fr Tony told the Irish Times, Sunday World, The Sun, The Irish Examiner and the Limerick Leader newspapers, who contacted him on foot of his sermons.

He addressed the drug dealers directly in his homily, calling on them to “reject the lure of drug money”. “Open your eyes and hearts to the damage you do to children and mothers,” he continued, “and how you destroy individual, families, and communities. Any other good you do in life is worthless because of your enterprise. To those profiting from drugs or dealing in drugs, in the the name of God, stop.”

The morning after his sermon addressed to drug dealers a young father came to him in a terrible state. “He was close to suicide because he had no way of paying a drug debt… He had already been attacked in a very serious way, enough to show that this will get worse.”

The following Sunday Fr Tony addressed another evil in society, endemic poverty and the lack of will among politicians and leaders to tackle it. He noted that Moyross has a wonderful community of people who support and care for each other. There are fine new houses recently built in the area, but many old ones still remain an eyesore, boarded up and derelict. And it is an unemployment black spot where people suffer from many of the problems attendant on long-term poverty and disadvantage. “So Sunday’s gospel is going to be about the rich man in his magnificent palace, and poor old Lazarus outside the rich man’s wall,” Fr Tony told the Irish Times. “The rich man is condemned to hell again. But the rich man this week is not the drug dealer – he is the wealthy and powerful in Irish society who stand by and do nothing. The rich man didn’t do anything to Lazarus, and he wasn’t the cause of Lazarus’s pain, but he didn’t respond to his pain. All it takes for evil to thrive is for good people to do nothing. That’s my message to the Taoiseach and to this fragile Government.”