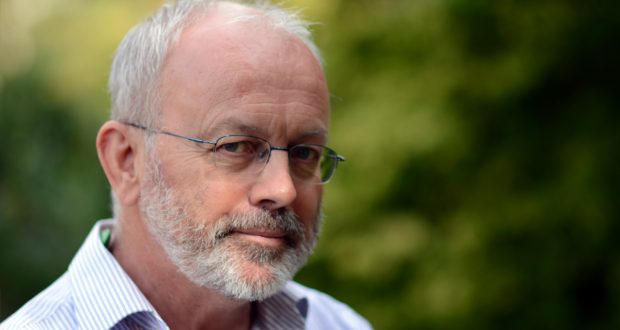 Edmond Grace has been busy in recent years with his PeopleTalk project, creating structures for ordinary people to have a practical input into local government on issues of concern for them. But 2018/19 has been especially productive for him. He was appointed to the Advisory Group on the National Dialogue on Climate Action (NDCA) by Minister Denis Naughton, and this was quickly followed by a move to Brussels, where he has taken up the role of Secretary for Justice and Ecology in the Jesuit European Social Centre there. Over to Edmond.

IN HIS OWN WORDS

This time last year I had not the remotest idea that I would soon be moving out of Ireland, effectively for the first time of my life, and at the age of sixty five. It all began when I suggested to Peter Rozic, Director of JESC (Jesuit European Social Centre) that I might help him with some research issues. He said he would think about it and got back to me after a few months with the counter suggestion of a job.

Looking back now I can see that my move was not an isolated event. Some years ago Eamon Ryan gave a talk to the province on the need for a national dialogue on ecology and, when he had finished I approached him an told him of the work I had been doing on citizen-juries – PeopleTalk. He asked me to join a group which he was forming to promote his idea and this lead in due course to my being appointed to the Advisory Group on the National Dialogue on Climate Action (NDCA) by Minister Denis Naughton.

When Peter asked me to take up the job in JESC it was under this ecology hat. I was to be Secretary for Justice and Ecology. At first I was reluctant. Things were going well in Ireland. I had just done a major report for the Wheel and the Carnegie Trust entitled ‘Citizen Participation, a two way street’ and there were signs that PeopleTalk was arousing definite interest in the Department of Cummunications, Climate Action and the Environment.  I did not want to leave unfinished work behind in Ireland but on reflection I began to think there could be synergy between the NDCA,  PeopleTalk and Brussels. Eventually we agreed that I would take the JESC job while remaining with my Irish commitments.

I arrived in Brussels in late September, joining a community with eight members in which, for the first time in my life, I am the oldest! The same is true of work I share an office with twenty three year old Maria from Madrid. Through an open door there are two more colleagues in their twenties and another two on the lower side of forty. I like being the oldest. It’s better than being the youngest as I was in Leeson Street a few years ago. (Sorry guys!)

My job was new and remains in an early state of development after less than six months. Certain outlines are clear. I am getting to know the ecological initiatives around Europe and it is clear that the Jesuit contribution to this movement will not be major in size. There is, however, one element which these Ignatian Centres share – discernment – which has something definite to offer. I use the word ‘Ignatian’ advisedly. Not all of these Centres are Jesuit-founded or even Jesuit-run but they are, by their own choice, part of the Jesuit mission. Casa Velha, in Portugal, which I visited recently, is an example of this. It became clear to me, during a brief conversation with the novices and the novice master, that it is very much part of the life of the Portuguese province.

On a more structural level there have been some interesting developments including an invitation to join a ‘round table’ on ecology sponsored by the Konrad Adenauer Foundation, a think-tank of the German Christian Democrats. The most important part of my new job, however, is learning from people already involved in climate action and, in particular, their energy, good humor and their dedication. One example, whose reputation went before him, is Pedro Walpole who hails from the forests of Mindinao with an unmistakable Limerick accent! 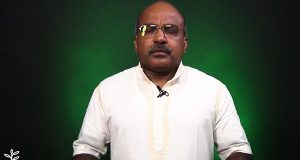 Big thanks for ‘Breathing Together’ 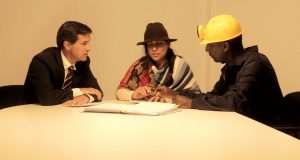