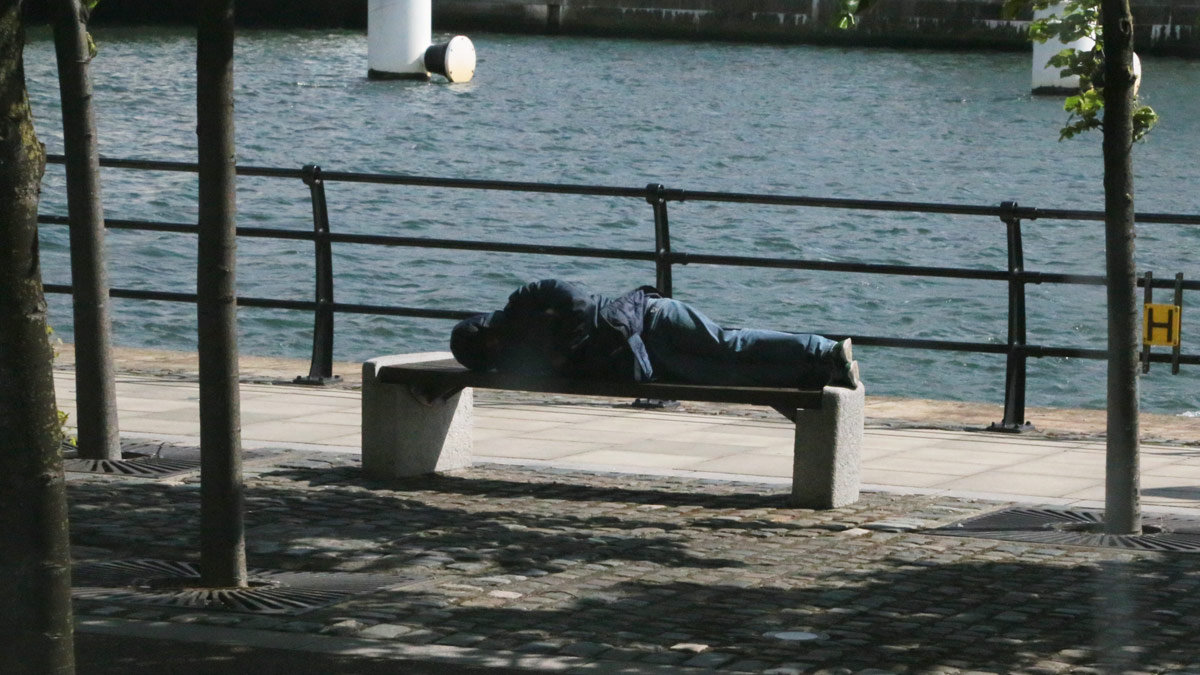 Commenting on the January 2016 figures on family homelessness, published today by the Dublin Region Homeless Executive, the Jesuit Centre for Faith and Justice says that the current homelessness crisis represents a terrible social injustice and reflects the abject failure of housing policy over the last two decades.

Fr Peter McVerry SJ of the Centre said: “The fact that there are now 769 families, including 1,570 children, living in emergency accommodation means that family homelessness in Dublin has more than doubled since January 2015. The figure of 125 ‘newly homeless’ families in January 2016 is significantly greater than the ‘newly homeless’ figure for any month during 2015 and indeed is nearly three times the equivalent figure for January 2015.”

Fr McVerry went on to say: “Throughout last year, even in the face of considerable media and public concern about the homelessness and housing crisis, the situation continued to deteriorate. These latest figures raise the alarming prospect that 2016 will see the problem continue to deepen. It must be remembered that these are just the figures for the Dublin region; during 2015, family homelessness was increasing all around the country.”

He then added: “Even as we focus on figures and trends we must never forget the fact that it is our fellow citizens, parents and children, who are enduring the immense hardship and anxiety that accompanies homelessness.”

The Jesuit Centre stated that fundamentally the homelessness crisis is a reflection of a deeper housing crisis, one that is the outcome of inadequate and distorted housing policies over several decades. In particular, the Centre said, the increase in family homelessness can be linked to the policy of relying on the private rented sector to meet social housing needs, rather than building adequate numbers of local authority houses, complemented by provision by voluntary housing bodies. The Centre said: “This failure of policy has led not only to the alarming growth in homelessness but to the numbers on local authority waiting lists more than doubling since 2005, and indeed tripling since 1993.”

Fr McVerry said that given the scale and implications of the housing and homelessness crisis, it is surprising and disappointing that the issue has not featured far more prominently in debates leading up to the General Election and in the commitments of candidates. He added: “Housing is the key social justice issue facing our country right now. Homelessness is obviously the most extreme manifestation of the crisis but the housing situation of tens of thousands of people in Ireland today is overshadowed by issues of affordability and insecurity, whether because of rising rents or mortgage arrears.”

Fr Mc Verry added: “Even at this late stage of the campaign the issue of housing needs to be brought to the fore and certainly in the negotiating of the next programme of Government the outlining and resourcing of an ambitious housing programme should be a central feature.”

The Jesuit Centre reiterated a plea, originally made in a joint Statement with other social justice groups* (2 February 2016), that the next Government should reverse the emphasis of the current Social Housing Strategy published, with its reliance on the private rented sector, and instead adopt a real social housing strategy, one that would make housing owned and managed by local authorities and not-for-profit bodies the primary means of meeting social housing need.

*Statement issued jointly by the Council for Justice and Peace of the Irish Catholic Bishops’ Conference; the Society of St Vincent de Paul; the Jesuit Centre for Faith and Justice; the Vincentian Partnership for Social Justice.

‘Bring back the eviction ban’